Top US Telefantasy Of The ‘70s 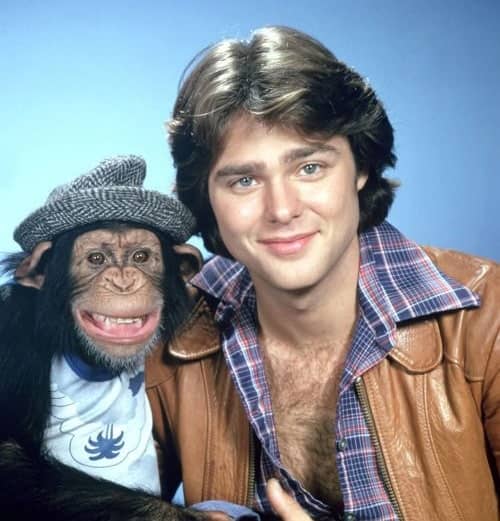 The STARBURST Guide to the Top US Telefantasy of the ‘70s

The 1970s brought with it an influx of exciting and groundbreaking new shows from the US that were escapist fare. The cop shows were still being imported, but these new series had sci-fi, horror, and fantasy in their DNA.They were a mix of original fantasy-based shows such as Battlestar Galactica and The Man From Atlantis, some transitions from the cinema to the small screen such as Logan’s Run and Planet of the Apes, coupled with several commendable attempts to bring comic books to the small screen, such as Wonder Woman. Suddenly the UK airwaves were colourful and full of wild concept shows. The yanks had certainly stepped it up a gear, and children in the school playgrounds were playing at being bionic or invisible. This plethora of shows had a massive cultural impact on a new generation of children, and with the availability of boxsets are still being introduced to younger audiences. It is difficult to convey the impact of these ‘70s US fantasy shows. They were brash and bold and would lay down the groundwork for the modern era where ongoing story arcs could be pursued. Back then the producers of these shows had to make them while constrained by the limitations of syndication. They were not allowed to progress or change over time as each episode would be sold and shown out of any particular order. Despite this limitation the producers of shows such as The Six Million Dollar Man would indulge in some mythology building with occasional twopart stories. Modern television owes a lot to these pioneers that were trying to bring concepts to television that had hitherto only been possible on movie budgets. With the return of the classic telefantasy property Charlie’s Angels dominating our thoughts this issue, it was inevitable that we would want to take you on a journey back to the crucible era of American TV classics to find out which are STARBURST’s other favourites…

From the undisputed master of telefantasy, Glen A. Larsen, B.J. and the Bear was an attempt to cash in on the success of the Clint Eastwood movie Any Which Way But Loose, as well as the wider craze for long-distance trucking that inexplicably took hold of the American public in the 1970s. In the movie, Eastwood had Clyde, an orangutan, but the TV show’s Billie Joe ‘BJ’ McKay - played by future ‘Two Dad’ Greg Evigan - had Bear. Although Bear wasn’t a bear, he was a chimpanzee. If you think that the adventures of a truck driver and his simian pal would be thin gruel for TV, you’d be wrong; B.J. and the Bear lasted for three whole seasons on NBC, forty-eight episodes, and even found its way across the Atlantic to the UK, where it received the customary Grandreams annuals treatment. (Readers of the 1982 edition wouldn’t have known it, but they were reading some of Alan Moore’s earliest work!) The show typically saw Vietnam veteran B.J. get tangled up with a beautiful woman from a town in trouble, and frequently saw him fight off the attentions of dogged ‘smokey’ Sheriff Lobo (who went on to get his own spin-off show). The third season flipped the premise to have the trucker off the road as the boss of his own haulage company in Los Angeles, where he had to deal with crooked rival Rutherford T Grant, who also headed up the corrupt Special Crimes Action Team. Well, you can’t say they didn’t throw everything at it! | AB 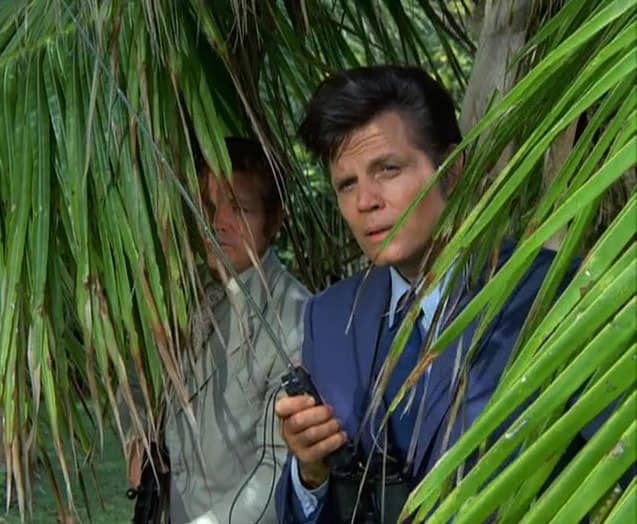 Immediately recognisable from its iconic theme tune, you could be mistaken in thinking there’s not much more to Hawaii Five-O, given it rarely turns up on many best-ever series lists. In fact, producer Leonard Freeman’s classic, which ran for twelve seasons and was hugely popular for much of that run, is one of the seminal police procedurals of the 20th century and its influence can be felt heavily in the ‘70s and beyond. Not only that, but Five-O takes sideways steps into spy-fi, particularly in the series-long rivalry between central star Jack Lord’s upright Detective Captain Steve McGarrett and Chinese intelligence agent Wo Fat. It all kicks off with series pilot film Cocoon, which finds McGarrett following the trail of a friend’s murder that leads to Wo Fat, fantastically over-the-top torture and a job only McGarrett could finish. When the series began in 1968, Hawaii was a new state, having only become part of the USA a decade earlier. No film industry to speak of meant Five-O needed to innovate. Gone are the rear projection car journeys beloved of contemporary series and the lingering sense of artificiality that went along with them. Instead, the show is shot with immediacy and style that makes it very of its time and yet timelessly cool. At the centre of all this is Lord, a man who knew McGarrett was his ticket to finally being a big success. Freeman died halfway through the run, Lord guiding the show for the remainder, giving key jobs to island residents, encouraging them, and becoming a friend of his adopted home state along the way. He moulded Hawaii Five-O into an outstanding series that was steps ahead of its competition at the time and remains a huge achievement; to the day one of the best of its kind. | JE 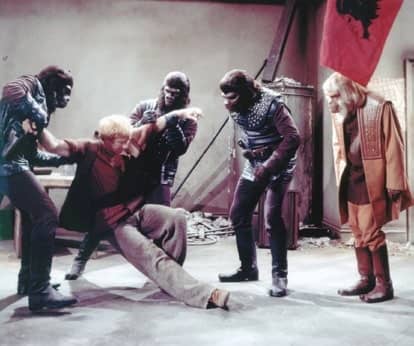 Star Wars before Star Wars, people went (we’re so sorry) bananas for the continuing adventures of The Planet of the Apes in the late 1960s and early1970s, with four sequel movies following the 1968 classic, extending the mythology of the monkey world far beyond Pierre Boulle’s 1963 novel. There were comic books, Mego dolls, and Halloween costumes galore, as people seemed genuinely thrilled that the maniacs blew it up. The 1974 TV series pretty much re-told the story of the first film, with an all-new cast of astronauts encountering the titular planet after flying through some kind of time distortion. Roddy McDowell was back as Galen, but Ron Harper’s Colonel Alan Virdon was a poor substitute for the sheer manliness of future gun-nut Charlton Heston. The show lasted for just one curtailed season of fourteen episodes, and ratings were not good; the repetitive nature of the storylines - “run, it’s an ape!” - did not find much purchase with audiences who had been thrilled by the backstory and extended universe of the sequel movies. Only thirteen of the episodes were actually broadcast in the US, but the whole series was shown in the UK (except for the STV region, which opted for Sale of the Century in its place), and later released on DVD. As was the custom of the time, ten of the episodes were paired to make five movies, which were shown on syndicated TV and at Saturday morning film clubs. | AB 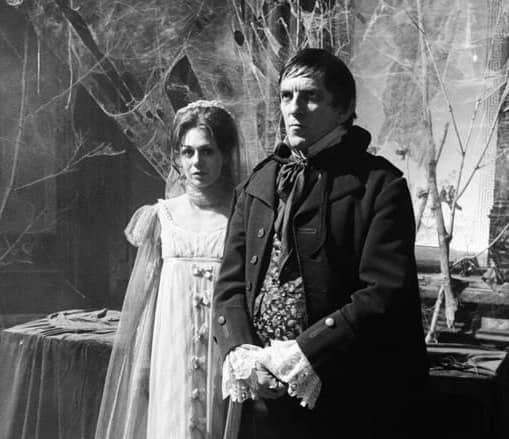 Mixing the mechanics of daytime soap operas with Gothic literature and horrorinspired plotlines, producer Dan Curtis’ series started with wind-swept drama developed by Art Wallace where the talk of ghosts was, at least to begin with, more the figurative kind. It exploded into pop culture icon status upon the arrival of Barnabas Collins, a 200-yearold vampire played by classical actor Jonathan Frid. After the success of his initially temporary villain, Frid became a permanent cast member and stayed with the show through tales of werewolves, witches, time travel, ghosts, and parallel universes. It is hard to grasp now just how big Dark Shadows was in America during most of its run. Stars were mobbed during personal appearances, a vast amount of merchandise was produced, and two feature films were made. A fine remake hit US screens in 1991 but was unable to compete in ratings with the Gulf War that dominated television news. Tim Burton made a film of it a few years ago that you may have blocked from your memory. But the original series has remained incredibly popular with its audience, from those who were there at the beginning to fans who have discovered a show that finished its broadcast long before they were born. And for good reason, because it’s passionate, grandly entertaining, utterly involving, and a treat for horror fans. | JE 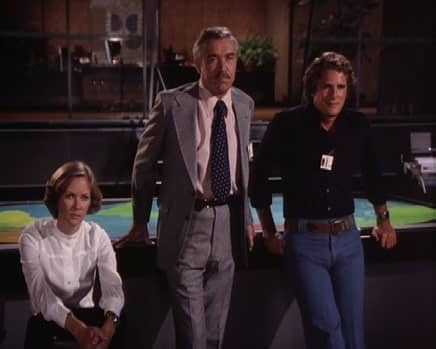 (Don’t confuse this with the Will Smith film of the same name. You’ll just end up bitterly disappointed.) Never a man to let a good concept go to waste, producer Harve Bennett shook the dust from the ratings failure of his 1975 series The Invisible Man (see entry 15), gave it a tweak or two and re-launched the concept of an invisible scientist working for truth, justice, and the American way a year later in The Gemini Man, starring ex-TV cowboy Kid Curry from Alias Smith and Jones, Ben Murphy. Murphy played Sam Casey, a scientist/adventurer who is exposed to radiation on a dive to recover a submerged crashed Soviet satellite. This radiation is that fiendish nasty type that renders American scientist/adventurers invisible. But... there’s a plot twist. Casey wears a DNA Stabiliser on his wrist, which looks just like a cheap digital watch with a stopwatch function that unsurprisingly stabilises his DNA and renders him visible. (A valuable lesson in science here, kids. You don’t want your DNA unstable.) Pressing the countdown button on his watch - sorry, DNA Stabiliser - will allow Casey to disappear from sight, clothes and all, thus bypassing the moral outrage the previous year’s Invisible Man series endured. BUT… there’s another plot twist. Casey could only be invisible for 15 minutes in every 24 hours, or he’d die, and you’d be surprised how often you need to be invisible for longer than a quarter of an hour when you’re a spy. As much as we loved the show, even the Stabiliser couldn’t prevent this series from disappearing permanently after only twelve episodes. | RP 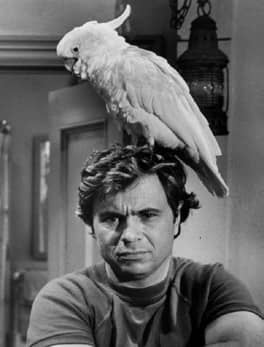 MORE STORIES FROM STARBURST MAGAZINEView All