No One's Ever Really Gone...

As the much-anticipated last chapter in the Skywalker saga is almost within our sights, we unearth rumours and facts, and give you everything you need to know about STAR WARS: THE RISE OF SKYWALKER....
Mark Newbold

From its low expectation beginnings over forty years ago on May 25th, 1977, through a decade of incredible zeitgeist-bursting highs and dark time lows, an unprecedented resurgence and a period of constant content that’s lasted now for almost three decades, the Star Wars saga finally comes to an end with Episode IX: The Rise of Skywalker. To say the world is watching would be an understatement - the GALAXY is watching, and listening to every snippet of rumor and information, attempting to divine clues as to how writers J.J. Abrams and Chris Terrio have wrapped up not only the hugely lucrative sequel trilogy but the entire Skywalker saga itself.

Here, we look at the characters and locations of the film with facts, rumors, and expectations surrounding the film’s release... 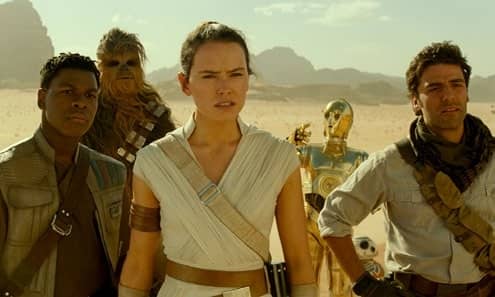 Like Anakin in the prequel trilogy and Luke in the original trilogy, Rey is at the very heart of the sequels, and as the story circles around her, the tendrils of history intertwine to make this not only her resolution but also that of the nine-film saga and the fate of the galaxy with it. We’ve seen Rey discovered, and within days blossom into her powers at the climax of The Force Awakens and into the overlapping The Last Jedi, but now, a year into the trilogy’s timeline, where is she? She looks incredible as she leaps high over what appears to be Kylo Ren’s TIE Silencer, but we feel her frustration as she flings her repaired lightsaber away, slicing through trees in the process, and her fierce determination is obvious for all to see.

And, of course, her lineage. Kylo said “You have no place in this story. You come from nothing. You’re nothing,” but we know this isn’t the truth. Rumors have her as the granddaughter of Palpatine, and a scene of her snapping open a hinged double-bladed red lightsaber seems to hint at a dark turn, but Star Wars rarely steers towards the obvious, so which way will she turn, and which outside influences will inform her decision? 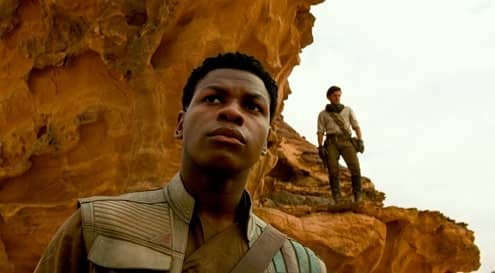 Now the Supreme Leader of the First Order, Kylo is in command of most of the galaxy, but we know little of his intentions or plans. We can assume that Rey and Kylo have had little contact in the intervening time - although their Force Skype calls may well have continued - and the canon era of stories seem to be squeezing in as many adventures into tiny timeframes as it possibly can (the Falcon stopped twice on adventures traveling from D’Qar to Ahch-To at the end of The Force Awakens).

What effect will the return of his grandfather’s master Palpatine have on the young leader? Will Kylo still want to kill the past, or will he bow to the returning master of the Sith? He appears to have been searching for more secrets of the Force - rumor says he finds Palpatine while trawling through the Unknown Regions looking for information - but perhaps a team-up with Rey is on the cards. We’ve seen them battling on the smashed remains of the second Death Star and face to face in the Emperor’s throne room on the ocean moon of Kef Bir. If they stand together, could even Palpatine stop them? 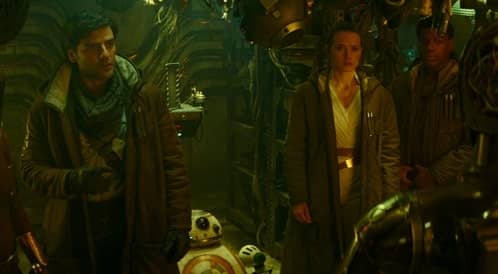 Finn appeared lost and dejected at the end of The Last Jedi. Unsure of his place in the galaxy after his injuries at the hands of Kylo Ren and betrayal by DJ on the Supremacy, he was ready to sacrifice himself to save the faltering Resistance and his newfound friends (remember, the two films only take place over a few short weeks) before Rose reminded him that it was better to save the ones we love than kill those we hate. Now - FINALLY wearing his own clothes and not someone else’s hand-me-downs - we appear to find a more focused and determined Finn, at the heart of the fight against the First Order alongside his brother-in-arms Poe Dameron. A re-energized Finn has been seen in a variety of locations including the desert world of Pasadena and the moon of Kef Bir. 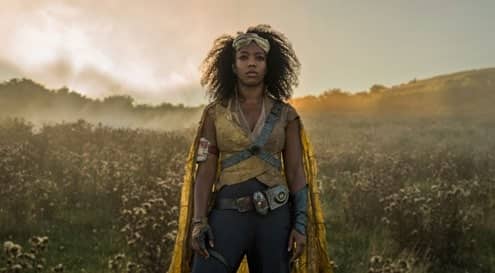 Poe - guided towards leadership by General Leia - seems to have stepped up after his demotion in The Last Jedi, becoming a better leader, guided in part by a returning Wedge Antilles. Rose now appears to be a military commander helping against mysterious ‘new advancements in First Order technology’. That may well hint at the Death Star tech (which Finn was familiar with in The Last Jedi) being installed on Star Destroyers (Death Star Destroyers?). Either way, our sidekicks seem to be far more involved in command decisions by the time of Rise.