MAD ABOUT THE MUSIC 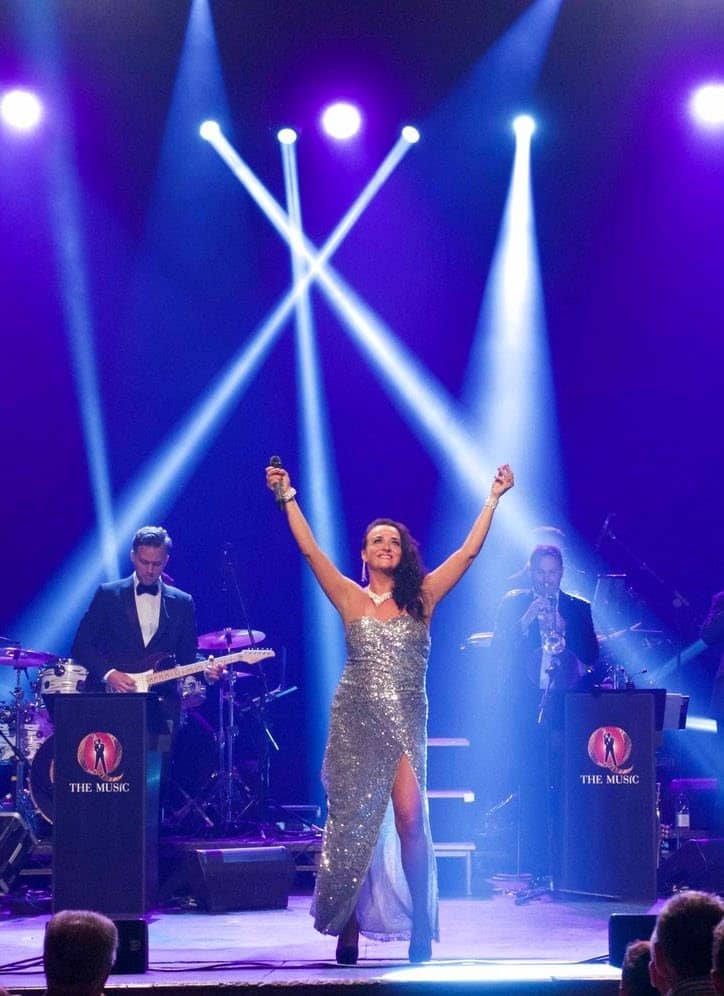 As we’ve seen, music is a large part of what makes Bond films so memorable.

About to embark on a mammoth UK tour, Q the Music is a James Bond tribute band that performs the famous songs and scores from all the 007 movies. Whether it’s as a full 13-piece ensemble or a pared-down five-piece, the shows are something special to behold.

Put together by the long-time Bond fan and professional musician Warren Ringham, the team has been performing together since 2004 and has appeared all over the world and in front of audiences that have included high profile actors and producers, many of whom have strong connections to the Bond franchise. They were even asked to perform at the official memorial for actor Sir Roger Moore. One of the unique aspects of the show is the compère. Over the course of the upcoming UK tour, this role will be filled by a revolving trio of former Bond girls: Caroline Munro (The Spy Who Loved Me), Caroline Bliss (The Living Daylights and Licence to Kill), and Madeline Smith (Live and Let Die). We caught up with the latter to find out more about the show.

STARBURST: how did you get involved with Q the Music?

Madeline Smith: I saw the show a few times several years ago when there was a man doing the compèring. I thought it was magnificent and the compère was wonderful. Unfortunately, he couldn’t continue to do the shows regularly. As the show became bigger scale, I think Warren [Ringham, the show’s manager] felt that he needed to have several people to draw on. And he had the idea that, I think because he’d seen me at a couple of concerts, it would be fun to involve some Bond ladies.

How have you found the performance?