Your Astrological Guide To Getting Organized! 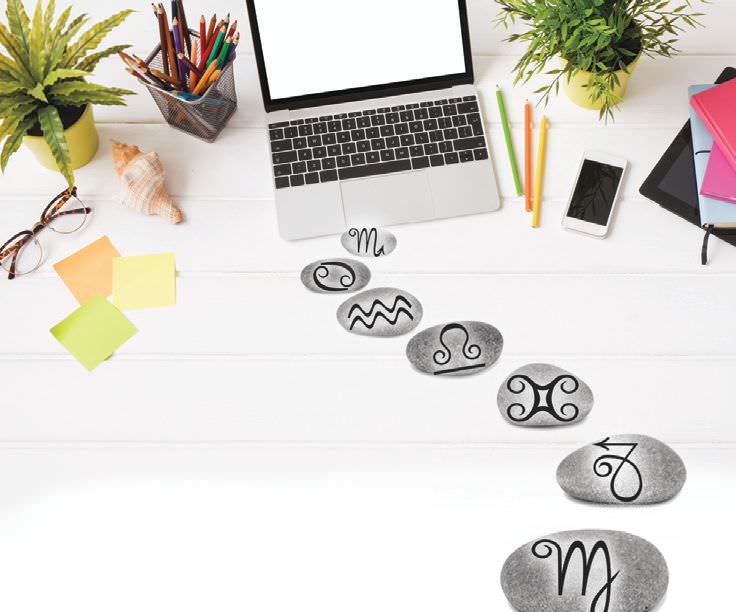 Sometimes, working at home as a writer, I feel overwhelmed by pieces of paper, large and small. The same is true of pens and reference books. When the stacks are tall enough to cast shadows, I grow claustrophobic and flee to the public library. There I can work in a spacious, orderly, and ideal if somewhat sterile world.

After a few days of this, some hovering angel invariably motivates me to toss out the debris and arrange things into a tolerable semblance of order. Once again my own office is more comfortable. Sometimes this miracle is accomplished after watching an episode of the cable television show Hoarders—Buried Alive. The specter of being consumed by too many possessions until they begin to bury me is as haunting as a recurrent nightmare.

It often becomes a reality for many people. A local newspaper published a story a while back describing how several times each month individuals, as well as families, are discovered living miserably, buried in mounds of unhealthy squalor. On a Saturday morning recently, I took refuge at the library after feeling particularly overwhelmed by an accumulation of items. It was late winter, and I was having an especially hard time gathering the fortitude to cope with what my surroundings had become. The head librarian suddenly interrupted the silence and reverie with an announcement. A free class was being offered in just a few minutes in the activities room about how to organize one’s life. On an impulse I decided to attend. It was a surprise to see that the room was already full. I was fortunate to get a seat. Many more library patrons seemed to be interested in this topic than I ever would have guessed. The speaker, a professional organizer, was wonderfully entertaining and informative. She first spoke of the benefits and pleasures of a well-organized environment. She then described how to achieve this ideal. The presentation was titled Success in Seven Steps. To me, this immediately suggested the influences of the seven visible heavenly bodies (the Sun, Moon, Mercury, Venus, Mars, Jupiter, and Saturn) in traditional astrology. During the week that followed, keeping both the transits and my natal chart in mind, I tried the seven-steps technique. I was delighted at how well it worked. The seven steps actually became a path leading to a light and bright, more well-organized environment. The goal is similar to an astrological consultation that uses the horoscope as a tool for lifestyle improvement in a variety of ways.

Here are the seven steps along with the astrological correlations I drew. Ideally, the natal horoscope provides a map to follow leading to a successful life. Take a glance at the seven visible bodies in your own natal horoscope. They can be a guide to use in experimenting with organizing your own life. I used The Rulership Book by Rex E. Bills as a reference in identifying the seven steps in organization with their proper astrological rulers.