February's Planets And You 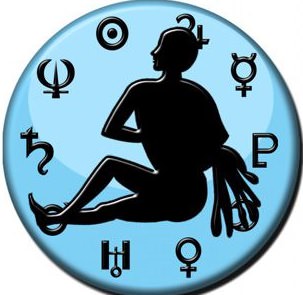 On the 15th, there will be a Solar Eclipse at 27° Aquarius. The sole lunation of the month, it opposes the degree of last August’s Solar Eclipse at 29° Leo, reenergizing issues from last summer. It also reawakens issues from 18, 36, and 54 years ago, as well as further back. The shadow of the eclipse falls in the southpolar region, not visible from any major country. It was the late Al Morrison who theorized that eclipses conjunct the poles tend to have an effect on the world in general, much as planets at 0° of the cardinal signs do.

The mundane astrologer first scans nations and leaders of the world for eclipse hits to their natal Suns. The reason for the focus on the Sun is that it (as well as the Ascendant, Midheaven, and Node) is, by definition, on the ecliptic. Thus, when the Sun or an eclipse is conjunct or opposite these points, there is a conjunction in both longitude and by latitude, known as a spherical conjunction. This was the subject of A New Dimension in Astrology by Charles Jayne. These configurations are much more powerful than normal conjunctions and oppositions. An individual can track such events through his own chart in the following manner: If your progressed Moon is conjunct or opposite any of your natal planets or angles both in longitude and latitude, then you have such a linear configuration; these hits to your chart will have a much greater effect than will normal lunar progressions.

We will look at scans of this month’s Solar Eclipse at 27° Aquarius as well as the Lunar Eclipse that took place on January 31, 2018, relative to the charts of nations and leaders. In so doing, I have learned that it is wise to concentrate upon areas that have the greatest concentration of hits. So if there are many hits to the leaders and countries of Latin America, for example, one will look there first. In such cases, one may find that there is one common situation that involves all the countries in that area.

In the table above, we can quickly see that Biya and Rutte have birthdays one day prior to the Solar Eclipse. Nikolic’s birthday is on the day of the eclipse. Prime Minister Zavala has a birthday one day after the eclipse. King Mohammed’s Sun is opposed by the eclipse. In the first two cases, we can state that Biya and Rutte will face unexpected developments in the coming year; in order to achieve their objectives, they will have to make significant alterations in their plans. Zavala will be more prominent in 2018, but the element of the unexpected will not be much concern to him. Nikolic faces the greatest change. His natal Sun ties up with Zeus, Uranus, and Pluto. He may lose his position of power. He must exercise caution while traveling. They will be on the world stage and will rise in recognition. King Mohammed faces the prospect of reduced prestige as the matters of 2018 will be a tide that is running against him.