Hell Is Other Planets 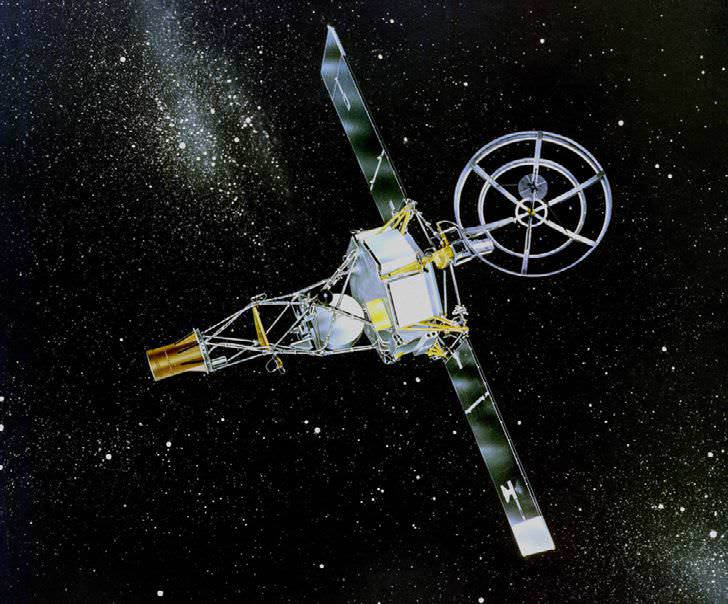 How our image of Venus went from paradise to hell— and possibly back.

Venus today seems like an embodiment of Hell. Its surface temperatures and pressures would quickly kill even the most resilient Earth microbes. It’s scorched dry and inhospitable. The thick sulfurous clouds never part to allow a glimpse of the Sun from the surface.

This is the image Mariner 2 and other probes brought us since 1962. Before, though, our image of Venus could not have been more different.

Back in 1918, the Swedish physicist, chemist, and Nobel laureate Svante Arrhenius wrote about Venus: “A great part of the surface of Venus is no doubt covered with swamps . . . The constantly uniform climatic conditions which exist everywhere result in an entire absence of adaptation to changing exterior conditions. Only low forms of life are therefore represented . . .”

He was by no means alone in thinking so. Many scientists of that time considered Venus a potentially habitable place. It was similar to Earth in size, its surface could not be seen, and the ever-present clouds could have easily been water vapor.

The popular image of Venus consisted of hot humid rainforests, swamps, and oceans teeming with life. Science fiction stories of that era reflected this picture (and happily added lustful amazons, dangerous dinosaurs, and other proven tropes). But the scientific consensus was slowly shifting toward a less hospitable place. In the 1930s, after detection of carbon dioxide as the primary component of the Venusian atmosphere, many expected much hotter surface conditions than thought before. But hope was not lost: Even if present day Venus was uninhabitable, perhaps we could make it habitable. In his 1961 article in Science, Carl Sagan not only summarized the current state of knowledge and some conjectures about the planet (which included “oil seas” hidden beneath a smog layer, or a “soda ocean,” besides the more likely possibility of a desert), but also hinted at terraformation possibilities.

“. . . if, indeed, Venus proves to be without life, there will exist the prospect of microbiological planetary engineering,” Sagan wrote. “To prepare Venus for comfortable human habitation, it is necessary to lower the surface temperature and to increase the partial pressure of molecular oxygen. . . . Before such a scheme can be seriously considered, much more information must be acquired about the composition and meteorology of the Cytherean [Venusian] atmosphere, and extensive laboratory biological investigations must be performed. Nevertheless, some tentative specifications can be entertained at the present time. In order to have appreciable photosynthesis before thermal dissociation, the life form deposited must be a microorganism. Since there is no liquid water anywhere on Venus, the organism must be able to utilize water vapor (from the atmosphere) or ice crystals (from the cloud layer). . . . The only photosynthetic, nitrogen-fixing, oxygen-evolving, temperature-resistant aerial microorganisms are the blue-green algae, primarily of the Nostocaceae family. . . . But it is conceivable that these problems can be solved, and that the microbiological re-engineering of Venus will become possible. With a few centimeters of precipitable water in the air, surface temperatures somewhere near room temperature, a breathable atmosphere, and terrestrial microflora awaiting the next ecological succession, Venus will have become a much less forbidding environment than it appears to be at present. Hopefully, by that time we will know with more certainty whether to send a paleobotanist, a mineralogist, a petroleum geologist, or a deep-sea diver.”

A beautiful vision, isn’t it?

In December 1962, Mariner 2 made the first flyby of Venus—and put the last nail into the coffin of lush, teeming-with-life Venus. Surface temperature measurements above 400°C hardly fit that picture. Although the probe did not feature any cameras and only made a brief flyby, it delivered a mortal blow to the fantasies of a pleasant tropical world.

But even then, we did not know the full extent of Venus’ hellishness. Later observations by the Venera, Pioneer Venus, and Vega spacecraft specified the conditions, and also delivered a mortal blow to Sagan’s terraformation vision, which depended upon a thinner atmosphere. No algae could possibly convert that much carbon dioxide, even if they managed to survive the acidic, low-water conditions of Venus’ cloud deck; and even supposing the scheme worked, the result would be nothing like habitable: a thick layer of fine graphite on the surface, and thick pure oxygen atmosphere. One of the first, and in its simplicity quite ingenious, terraforming proposals was therefore off the table.

In 1968, Brian Aldiss edited a science fiction anthology Farewell, Fantastic Venus. It honored the old view of Venus, while the world was coming to terms with the new one. The dream Venus of our past was irrevocably gone. But perhaps . . . we should look into Venus’ own past and see what we find there.

Through the looking glass into the land of models

Reconstructing planetary history is a difficult job. We barely know how exactly Earth started out. Yes, we have radiometric dating, planetary accretion models, and many proxies throughout our planet’s history—yet we don’t know when and how exactly did Earth’s plate tectonics start, what was the composition of early Earth’s atmosphere, whether life could have appeared before the Late Heavy Bombardment. The further into the past we go, the more uncertain our picture gets.

MORE STORIES FROM ANALOG SCIENCE FICTION AND FACTView All