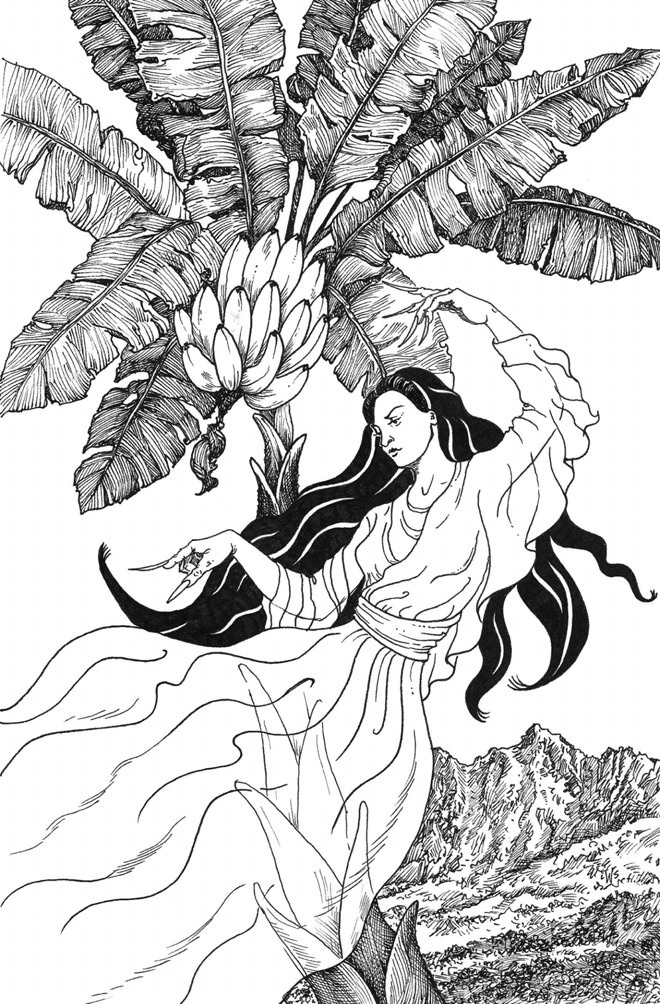 Luxuriating in the early morning heat on the veranda, with the Titiwangsa Mountains looming high above the leaves of the pokok pisang trees that ringed their property, Madeline Steele selected a banana from the bowl of fruit on the glass table, peeled it slowly, and savored that first delicious bite. There was no need to hurry. She had nothing to do today. Truth be told, she rarely had anything to do, out here on the edge of Kuala Lumpur, except for those occasional evenings when Roger brought a colleague home for tea. Even then, Cook prepared the meal, and their ayah Sarah set the table and cleaned up afterward. Madeline’s only job was to be decorative, to smile and laugh at the men’s jokes, and to pretend that she and Roger were happily married.

There were ripe bananas in the kitchen, but Cook knew that Madeline preferred them just before they ripened, their skin still veined a delicate, almost translucent green.

She chewed the firm flesh, not yet begun to soften, and a memory from the distant past tickled the back of her mind.

She had been a child in the Lake District of England—six or seven, perhaps, certainly no more than eight—and she had pinched one of Mummy’s sewing needles and carefully stuck it through the skin of an unopened banana, again and again, each time working it left and right as gently as she could, edge to edge. Later, when Daddy finished his eggs and bacon and reached for a postprandial banana and peeled it, as he did every morning— “Potassium!” he announced without fail, as Archimedes must have announced “Eureka!” in the bath—the fruit fell into his hands, already sliced into inch-long sections as if by magic. He had been absolutely amazed, and when Madeline showed him how she had accomplished the miracle, he had hugged her close and petted her and called her his little Houdini.

But that was four decades ago, and both Daddy and Mummy had passed on long since. Now Madeline lived in Malaysia, where Roger was a midlevel executive with Petronas and had an office on the forty-first floor of Tower 1—only a few steps from the Skybridge connecting the twin spires of what had been for six years the tallest buildings in the world—and she had no other family left but him.

She had wanted children, of course, but Roger’s career had come first, and it took them from outpost to outpost across the years when perhaps a child might have been possible for them. She had never been a beautiful woman, Madeline, but she had been pretty once, surely she had. Now, nearing fifty, whatever prettiness she had had been baked out of her by the tropical heat and the sun, leaving behind the tired, middle aged petroleum wife she saw when she studied her reflection in her morning mirror.