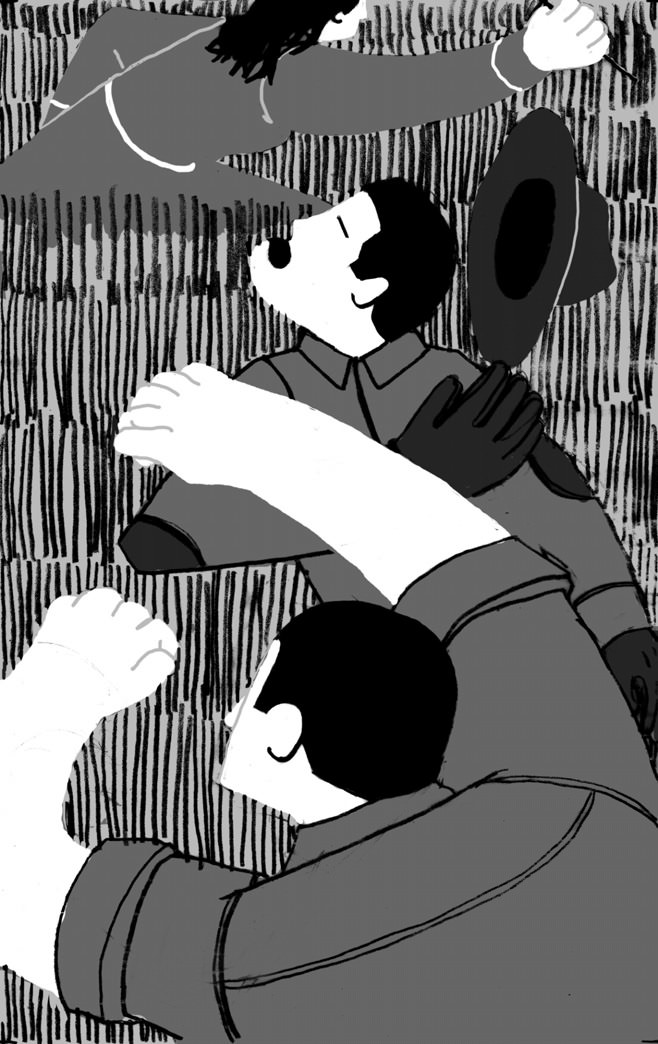 The petite scarlet-haired woman followed up her statement by pushing a large collection of silver coins into the center of the table. Her pretty Irish face revealed a sprinkling of freckles across the nose and nothing else. Her placid expression gave no hint of the cards in her hand, which didn’t prevent Jim Hornsby, the gentleman to her left, from trying to read it.

“Well, now, that’s an awfully big raise for such a little lady.” Hornsby ran his thumb across the top of his cards as he analyzed his situation. “You haven’t had a truly good hand all night, so perhaps you’re due. It’s a big bet, but not so large that I can be certain you’re trying to drive me out of the game.”

He thumbed his cards again. “And adding in the value of my own cards, I think I’ll see your four and raise you another five.”

He pushed his coins across the table.

The man with the marshal’s badge pinned to his vest sat next to him staring at his hand, his expression an agony of indecision. His eyes moved from the pot, to Miss Parson, to the men sitting beside him, trying to find some clue as to the nature of their hands and seeing nothing to help him. Finally, he threw his cards down. “That’s way too rich for me. We aren’t all bankers, Jim.”

Hornsby smiled. “If the game’s too rich for you, Tom, it’s best not to play. What about you, old-timer?”

Patrick Sullivan pushed the small pile of coins sitting in front of him into the pot. “Corey, me lad, give me another four, no five, no . . .”

His voice trailed off as he tried to calculate the difference between what he had already pushed across the table and the amount he still owed to continue playing, but his brain wasn’t quite up to the task.

Corey examined his friend from his position at the next table. He couldn’t see Patrick’s cards, but long experience told him he didn’t have to. Patrick would lose the hand. Patrick almost always lost the hand. He had no head for figures and numbers and really had no business sitting at a table with serious gamblers like Miss Parson—especially when the betting was getting crazy big like this, completely out of proportion to the rest of the night. “No.”

Patrick’s head whipped around so he could gape at Corey. “No? But I’m going to—”

Patrick’s shoulders sagged in defeat. They’d had had this argument too many times of late and he knew Corey wouldn’t give in to him. He tossed his cards down onto the table. “I fold.”

Hornsby laughed. “What about you, Doc?”

The fifth player, Doc Laury, scratched the corner of his cards against the surface of the table while he considered his situation. He didn’t have enough money showing to stay in the game; the first round of betting had nearly wiped him out. “It dearly hurts to do so with a hand like this, but I think I’m going to have to follow Tom and Mr. Sullivan out of the game. I hate to lose the money,” He began to toss his cards on top of Patrick’s.

“If your hand is so good, it seems a shame that you have to get out of the game.”

“Why don’t you sell me that parcel of land I’ve been asking you for?” Hornsby asked. When the doc frowned, the banker added, “or put it up as collateral for a loan?”

The physician shook his head and started to toss his cards in again, but Hornsby wasn’t through tempting him. “I could lend you fifty dollars against it. It’s more than it’s worth, really, just a few dozen acres and that little bluff looking over the river.”

“It’s worth twice that,” the doc snapped.

“No it ain’t,” the banker insisted. “Not with the government willing to give one hundred sixty acres to new homesteaders for just two hundred dollars.”

“If the land’s not worth nothing,” Patrick asked, “why are you so keen to purchase it?”

“The bank’s been buying up a lot of land these past few weeks,” the marshal observed. “Hasn’t it, Jim?”

A frown creased the banker’s face for a moment as he glared at Patrick and the marshal. Then he smoothed out his features and replied as if nothing were bothering him. “It’s got a nice view of the river and I like the cool breeze that makes.”

“It is pretty,” the doc agreed, “but my wife would kill me if I sold it to you.” By way of explanation to the other players, he added, “Her Pa came out here after Mr. Lincoln signed the Homestead Act of Sixty-Two. He left most of the land to her brother, but we got the piece by the river. We call it Cedar Bluff. It’s right pretty out there. Beckie always wanted to build a house on the land, but my practice is mostly in town, and I really don’t like the thought of riding my horse for an hour each morning and evening.”

“Shoot, Doc,” the marshal said. “You end up riding out all over the place anyway making house calls on folks. What’s the difference? Let Beckie and your kids have their home on the range.”

The doctor shrugged as if he didn’t have a good answer to the other player’s point.

The banker pressed his case. “You don’t really need it, Doc. Besides, if your hand is as good as you say, you won’t really be risking anything.”

Patrick reinserted himself into the conversation. “Your hand must be pretty good, too, or you wouldn’t be so anxious for the doc to keep playing.” He seemed completely oblivious to the renewed glare the banker turned on him. “Of course, my hand would have beaten you all if I’d had the money to keep betting.”

Corey ignored the mild rebuke in Patrick’s words and continued to watch the interchange between the banker and the physician. Any decent boxer could read body language, and there was a mismatch between the signals that the banker and the doctor were flashing. The jut of the banker’s chin and the tension in his shoulders suggested he thought he was in a fight. The doctor, on the other hand, sat obliviously pondering the man’s offer.

Finally, the doc sighed. “It’s tempting, Jim. I’ve already bet fourteen dollars on this hand—everything I won betting on the fights this afternoon— and while I hate to lose all that, I’m just not comfortable taking out a loan on Cedar Bluff.”

The banker opened his mouth to say something, but Patrick beat him to it. “I can see why you wouldn’t trust a bank, Doc, but if your hand’s really that good, why don’t you bet the land? That way you settle everything up tonight whatever happens—no need to deal with all of that legal stuff.”

Surprise flashed across the banker’s face followed by a look of genuine pleasure. Corey guessed he’d been planning to snap at Patrick, but now he smiled at the old man as if he were his best friend. “I’ve got no objection to that. We could all agree on a value, and you could take the remainder out of the pot.”

Corey knew that Miss Parson wouldn’t like this idea—not that he could tell that from her facial expression. Property deeds were cumbersome things for a professional gambler who moved about like they did. If she won, she’d have to sell quickly—probably well undervalue—before they caught the stage out of town on Tuesday.