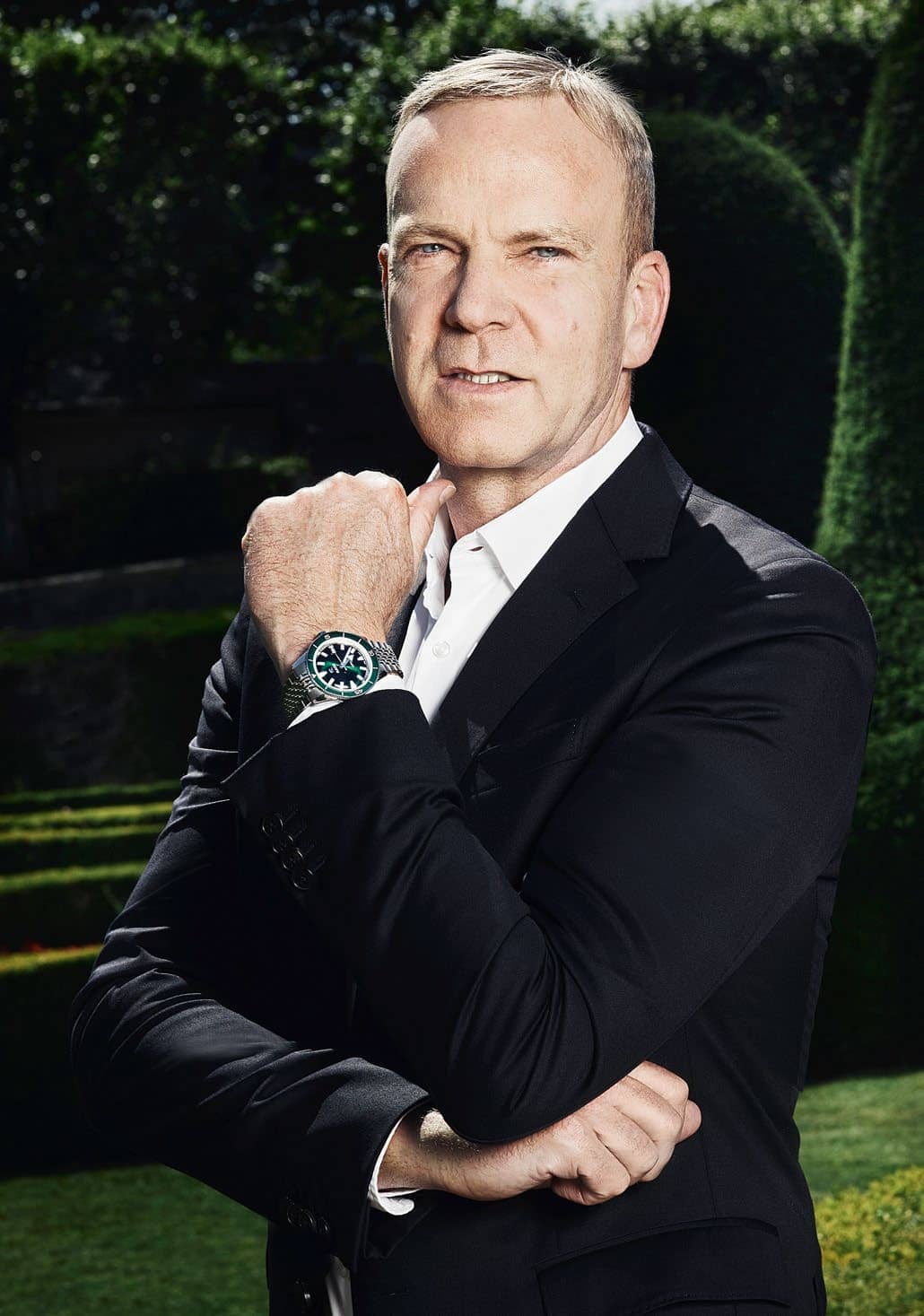 Famous for its design chops, Rado often finds a way to marry its keen eye with state-of-art manufacturing. CEO Matthias Breschan is adamant that real innovation and even rarity can be achieved at different levels of watchmaking

There are few, if any, watch brands that made their marks via TV advertising but that is exactly what Rado did in the 1980s. To my young eyes, none of it registered except the images of the watches themselves. I had never seen anything like the shimmering black square timepieces; even at that time, the message about ceramics hit home. It is quite possible that the watches met and merged with the iconic imagery from 2001 Space Odyssey, which was also playing on TV at the time. For more on such musings, I invite you to take a look at our cover story this issue, where the star is not the Rado DiaStar but the Rado Captain Cook.

Our subject for the moment is the man in charge of the Swiss watchmaking brand, Matthias Breschan. Breschan has been CEO at Rado for approaching nine years, which is unusual in the watch trade today. The firm, now owned by the Swatch Group, has been in business since 1917 so Breschan is still quite youthful, relatively. It is that youthful zeal that makes him a believer in the power of innovation, and helped him steer the brand true. For example, he understands that Rado’s decision from 1957 to concentrate on the exterior of the watch is something worth advancing in the 21st century. Breschan cites the example of the brand’s design cooperations, especially with designers that are not working with watches. Prominent examples of this right now are watch projects with Konstantin Grcic, Leslie Chan, and Jasper Morrison.

There are a few important points to consider about innovation at Rado, because it means different things at different levels and to different brands. The Swatch Group itself is well-established as a developmental hub where watchmaking meets microengineering. Rado plays its part in the area of materials, and even calls itself the Master of Materials, rather than mechanical movement technology. This was the brand’s claim to fame in the early 1960s when the aforementioned DiaStar model became the world’s first scratchproof watch. It achieved this feat thanks to its experiments with tungsten carbide, and this remains central to what makes Rado tick, which Brechan has discussed in the past, and revisits with us.

WOW Singapore caught up with the Rado CEO when he was in town for the launch of the brand’s store at Wisma Atria (recounted elsewhere this issue). 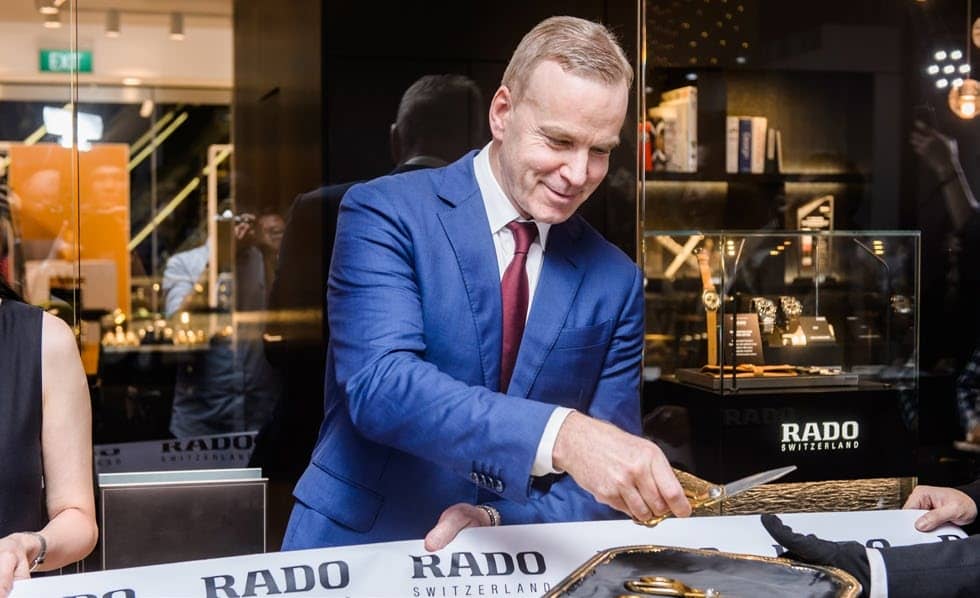 You’ve been at the helm of Rado since 2011 in a tumultuous time for watch brands worldwide. In an era of quick changes at the top, how do you keep challenging yourself, and turn your experience in the trade into a consistent advantage for Rado?

It’s nine years with Rado (since 2011). Rado had a very strong positioning even when I joined – very different from other watch brands, with the black shiny square watches (that were its mainstay) – so if you go by the (marketing book) a lot of things were done right. The problem – and it is true that the brand had to go through some tough times over the years – was the black shiny watches! They became symbolic of an (aging) audience. These watches appealed to a very loyal customer base who would never buy anything other than Rado; the younger generation might buy from the same brand as their parents but they won’t buy the same watch.