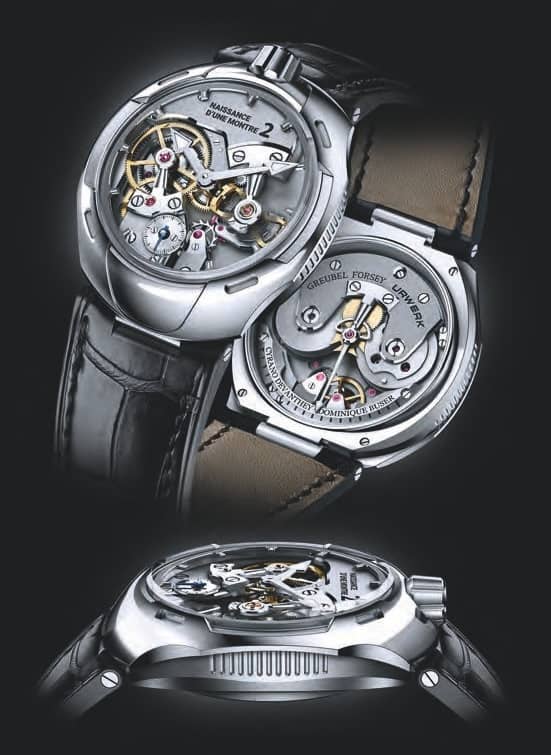 Throughout their careers, Robert Greubel and Stephen Forsey noted the ongoing loss of knowledge and expertise in traditional mechanical watchmaking.

In the 1980s, with the advent of the quartz watch, many watchmakers feared the disappearance of traditional watchmaking skills in the face of a world of increasingly industrialized watch and clock manufacturing. In 1985, with the goal of preserving manual and artistic watchmaking, two master watchmakers, Svend Andersen and Vincent Calabrese, formed the Académie Horlogère des Créateurs Indépendants (AHCI) or the Horology Academy of Independent Watchmakers, representing a new chapter in horology.

Greater automation continued to erode the watchmaking industry to the point of near extinction and an entire heritage of traditional watchmaking procedures and techniques was on the verge of disappearing.

In 2006, together with other watchmakers who share the same observation and values, they created the Time Æon Foundation. The Foundation’s main commitment is to protect watchmaking excellence and to preserve the world’s watchmaking heritage. A very important aspect is the support, training, and promotion of future independent watchmakers.

Besides the important Naissance d’une Montre projects and in line with its task of safeguarding the expertise and methods of watchmaking tradition, the Time Æon Foundation regularly organizes workshops dedicated to a certain aspect of watchmaking, such as the decoration of mechanical watchmaking movement components. They are predominantly led by watchmaker Michel Boulanger, who participated in the first Naissance d’une Montre project. Interns and watchmaking students, as well as watchmakers wishing to learn the basics of certain traditional “handmade” decoration, can be initiated in some of the art’s demanding techniques. Upon completion of the workshop, each trainee is awarded a Time Æon Foundation diploma signed by Robert Greubel and Stephen Forsey.