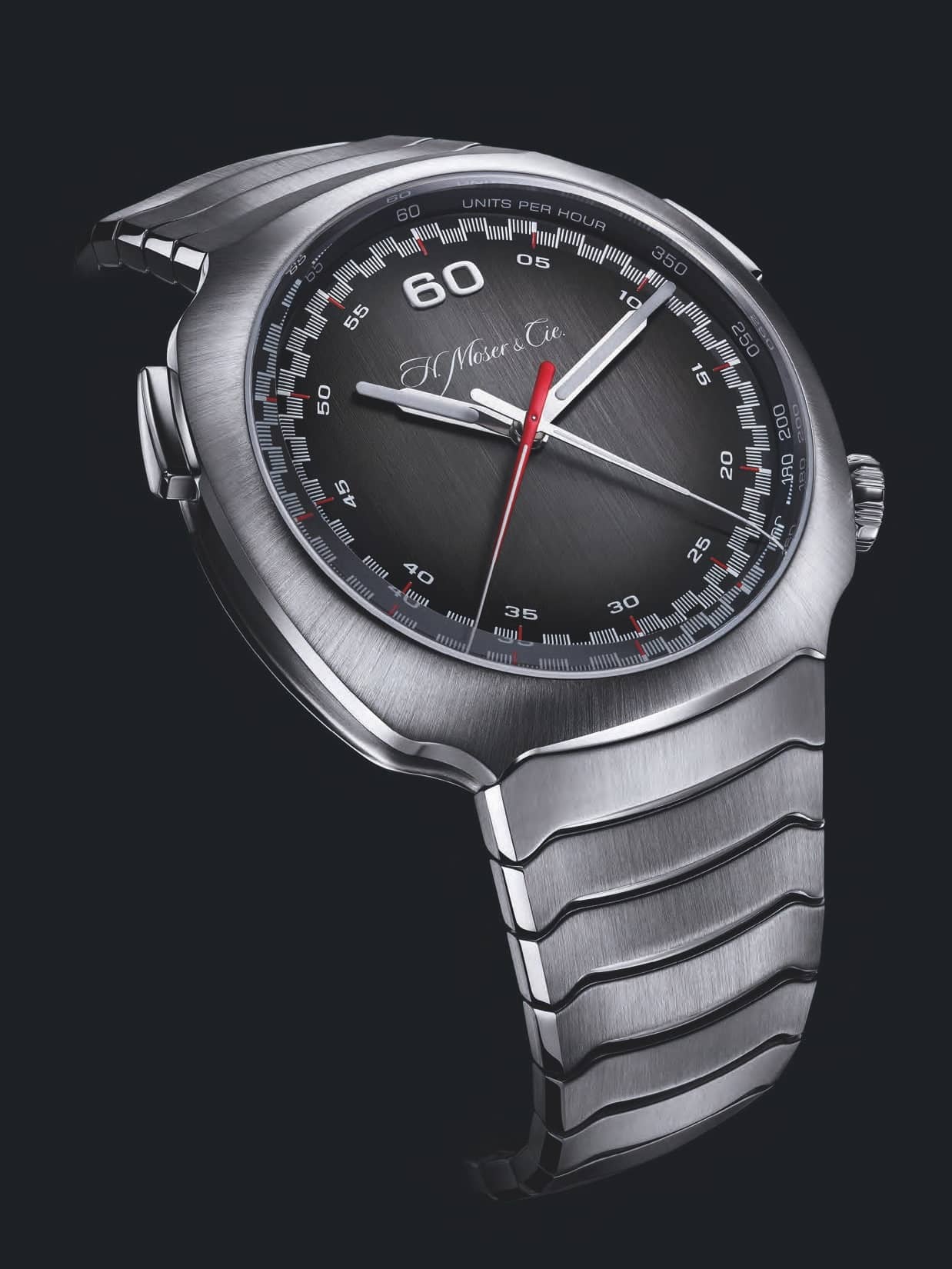 The H. Moser & Cie. Streamliner, named for a classic locomotive, not only hides its chronographic complexity behind a stark, minimalist dial; it even hides the rotor that brings it to life. We plumb the secrets of this limited edition from the Schaffhausen manufacture.

— H. Moser & Cie. kicked off 2020 with an all-new collection that applies the Schaffhausenbased brand’s understated aesthetic to one of the most technically complex horological machines, the chronograph. And not just any chronograph, but one that breaks new ground in the industry — the Streamliner Flyback Chronograph is somehow both a radical departure from Moser’s storied minimalism and at the same time an entirely rational extension of it. The watch also makes its debut as the first self-winding chronograph with a central display that is also equipped with a flyback function.

Moser, of course, is no stranger to taking high complications and boiling them down to sublimely simple visual executions. When the maison set out to make a perpetual calendar almost 15 years ago, back in 2005, it opted not for the complex architecture of most existing models — multiple subdials, windows and pushers reflecting all the functionality of that high complication — but instead for understated elegance and legibility, with 12-hour indexes used to indicate both the hours and, by means of a small pointer hand, the months of the year; a date window at 3 o’clock; and a power-reserve indicator at 9 o’clock. That timepiece, the first major release from the modern version of the Moser firm, took home the Grand Prix d’Horlogerie de Genève (GPHG) prize in 2006 for Best Complicated Watch. The Endeavour Perpetual Calendar Concept of 2016 stripped this complication even further down to its essentials, removing even the hour indexes and logo and adding an even smaller, subtler month pointer. This “Complexity Made Simple” principle was also the driving concept between the Streamliner, Moser’s first chronograph-equipped watch. 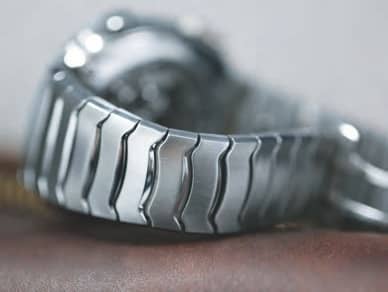 The Streamliner, which Moser says was five years in development, takes its name from the high-speed trains of the 1920s and ’30s, fondly remembered by railroad enthusiasts for their rounded, aerodynamic curves — a reference to the new watch’s ergonomically shaped steel case with fluidly integrated bracelet. This style of metal sport-luxury watch, whose most famous standard-bearers include the Patek Philippe Nautilus and Audemars Piguet Royal Oak, appears to be having a moment in today’s watch market, as witness last year’s launches of the Chopard Alpine Eagle, Bell & Ross BR 05 and A. Lange & Söhne Odysseus. For its part, Moser has not strayed from the design codes for which it has become known, i.e., harmonious simplicity outside belying complexity inside. In the tradition of its award-winning take on the perpetual calendar, Moser has ensured that its first chronograph adheres to the same philosophy, with stopwatch readouts displayed on the main dial rather than on subdials.