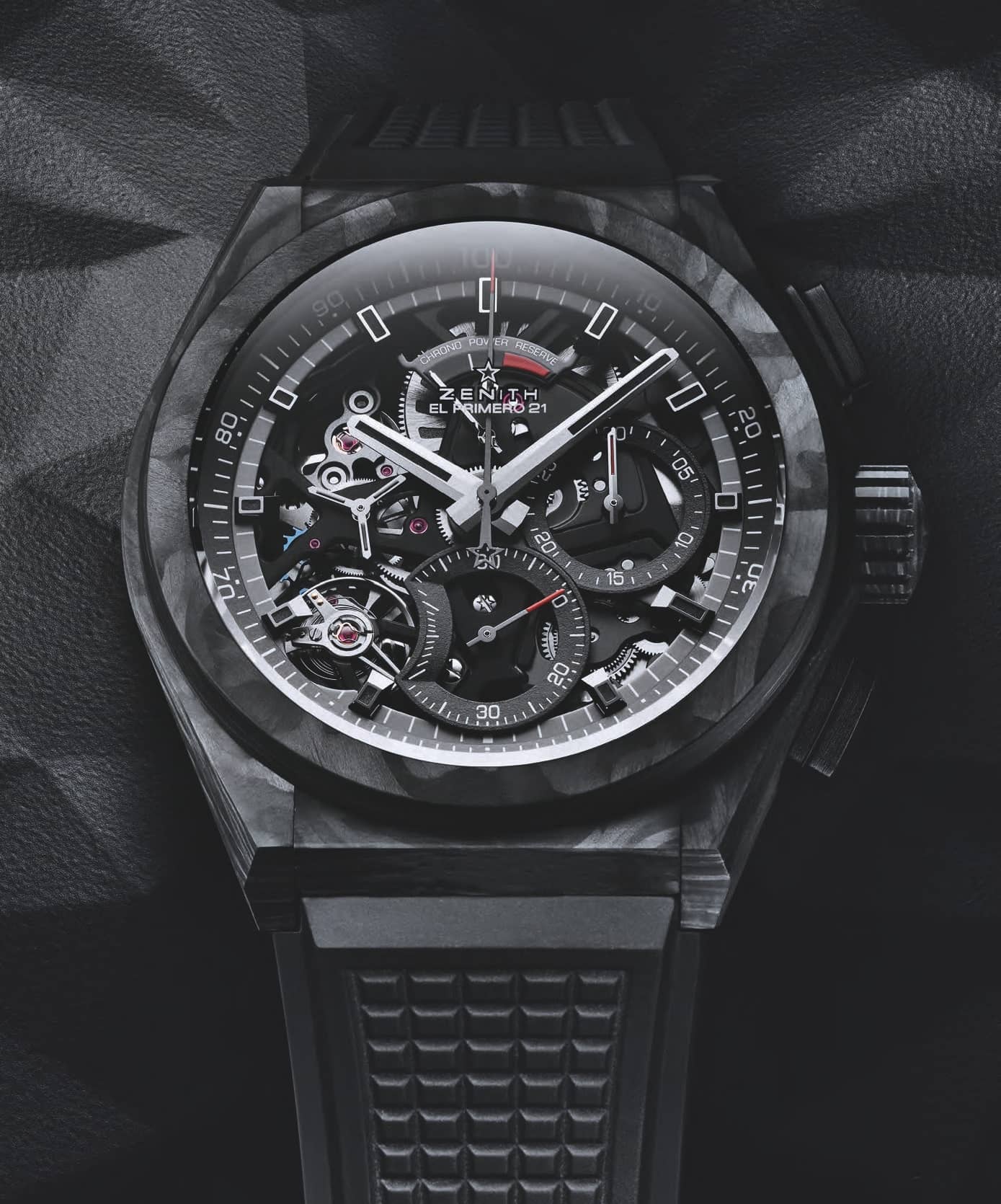 Since the late 1960s, the Defy has been Zenith’s go-to recipe for a progressive take on watchmaking. WatchTime takes a look at the current state of the Swiss brand’s collection.

— More than 50 years ago, Zenith introduced a new type of sports watch under the name Defy. As a member of the LVMH Watch Division, and under the leadership of Zenith’s CEO Julien Tornare, the brand successfully developed the Defy into one of its most innovative and creative product ranges, both in terms of movement expertise and materials. This year, the Defy finally saw the launch of a new women’s watch collection, the Defy Midnight, and some surprising launches with car manufacturer Land Rover and with Carl Cox, a British house and techno record producer and DJ.

“A Taste for Performance”

In the late ’60s, the same time Zenith launched its legendary El Primero movement, the Defy started its career as Zenith’s “best-protected watch.” It was positioned as a rugged, heavy-duty sports watch, or the ideal “daily beater,” as this type of watch is often referred to among collectors nowadays. With “a patented movement suspension system plus an elastic shock-absorbing ring,” Zenith promoted the Defy simply as “a tough guy,” offering everything so that customers “may never need to buy another watch.” And the list of features indeed was impressive. The first Zenith Defy (A3645) with Caliber 2552 PC came with a distinctive, surprisingly progressive octagonal case, water-resistant up to 300 meters, thanks to its screw-down mineral crystal, screw-down case-back, and a screw-down crown. On top of that, the hardened mineral glass could easily be replaced, if needed, thanks to the outer screw-down ring with 16 facets. Simultaneously, Zenith also introduced the Defy Plongeur (A3648/A3649) with a similar case, but with a rotatable bezel on top and a crown positioned between 4 and 5 o’clock for increased protection and comfort. And the watches certainly lived up to expectations. In 1971, Zenith had six watches affixed to “the back wheel spokes of a motorcycle” during a speed contest at the Wembley stadium; all six Defy watches survived the test “very well.” In the same year, a Zenith Defy crossed the Channel on a monoski and afterward was also certified “to run as well as before.” Not long after that, the Le Locle-based brand expanded the collection with equally reliable women’s watches.

By 1977, the Defy range had begun to “make tomorrow’s promise come true today.” In ads from that period, “accuracy, ruggedness, water resistance, multifunctional practicalness” were used as the four characteristics of the range. But while the Defy seemed almost indestructible, the industry was not. When the Quartz Crisis rattled the Swiss watch industry throughout the 1970s and 1980s, Zenith’s parent company decided the watchmaker would produce exclusively quartz watches to remain competitive. Fortunately, this decision was later reversed, and Zenith was purchased by the LVMH group in 2000. Six years later, the Defy collection was revived in 2006 with the “Defy Classic” and “Defy Xtreme.” A year later, the models already accounted for 25 percent of the brand’s turnover. While the design elements consisted of rather bold combinations of pink gold, titanium, steel and rubber, the watches still offered “external and internal shock absorbers.” In 2008, Zenith added the Defy Xtreme Zero-G, a watch with an entirely new mechanical concept for a balance mechanism that was placed on a gimbal system.