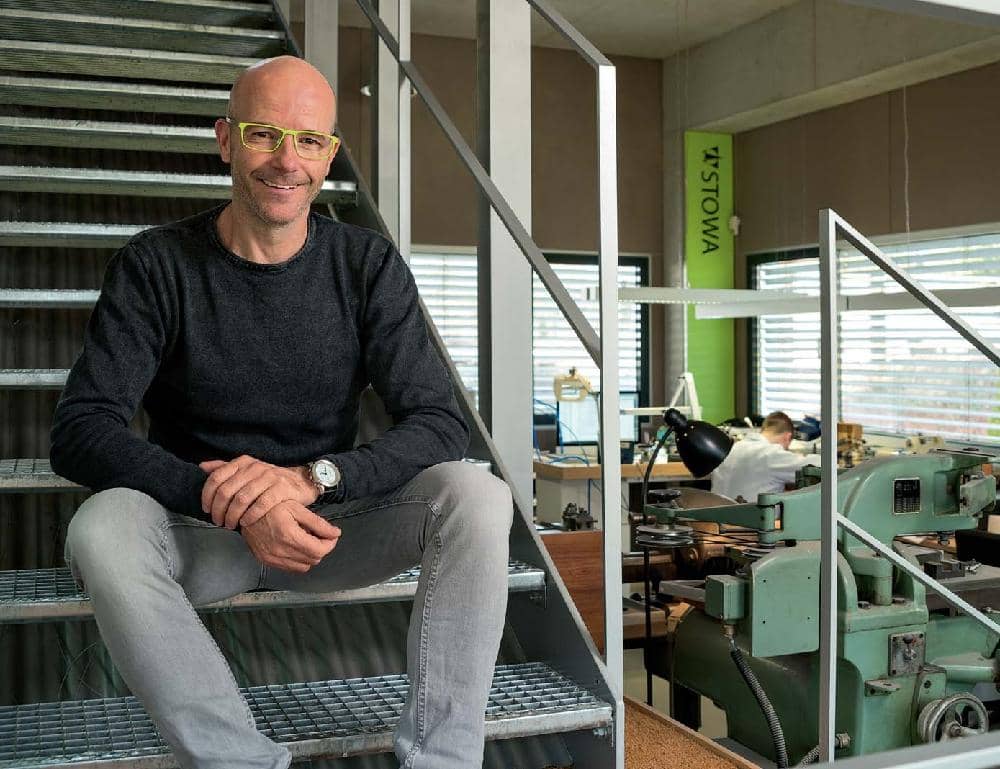 Based in the Black Forest region in Germany, Jörg Schauer has been making watches for 30 years. With his two watch brands, Schauer and Stowa, he has built up quite a following online. Here’s a look back at where it all started and what Schauer has planned for 2020. Questions by Rüdiger Bucher

You began making watches 30 years ago. How did you get started?

I originally trained as a goldsmith. After my apprenticeship in the late 1980s, I spent a little over a year on [the Spanish island] Lanzarote, where I worked in a jewelry shop that also sold watches. That’s how I discovered my passion for wristwatches. I returned to Germany around 1990, when the mechanical watch boom was just beginning. I went to many watch fairs and got to know an increasingly large number of collectors. Many of those aficionados owned interesting movements: some equipped with dials, others without dials, and all lacking cases. Time after time, one or another of those collectors would ask me to build a new case for a cherished movement.

Why did so many connoisseurs have movements without cases?

Many people in the 1980s assumed that the mechanical watch was obsolete, so a great many watch owners had their gold cases melted down. More than a few of the “orphaned” movements were truly excellent products from manufacturers like Rolex, Patek Philippe, Vacheron Constantin and IWC. Some were highly complicated calibers, e.g. perpetual calendars or minute repeaters. Sometimes a client owned a complete watch but wanted to have its movement installed in a different case.

How did it come about that you established your own brand, Schauer?

Up to 1997 or thereabouts, I had made approximately 400 unique timepieces in the way I just described. But as the boom in mechanical watches continued, from the mid-1990s onwards it became increasingly more difficult for me to get individual components from good suppliers, for example, sapphire crystals in various shapes and sizes. In order to be able to purchase components in larger quantities, I had to start serial production. I had already experimented with different cases at that time and this resulted in the Schauer case, with 12 screws in its bezel, which would later come to characterize my brand. I developed this further and then built my first chronograph.

When did you move on to fabricating your first small series?

That was in 1997 with Edition 1, a chronograph encasing a modified Valjoux 7750. It had a white dial with asymmetrically arranged subdials.

How did you end up owning the Stowa brand?

MORE STORIES FROM WATCH TIMEView All