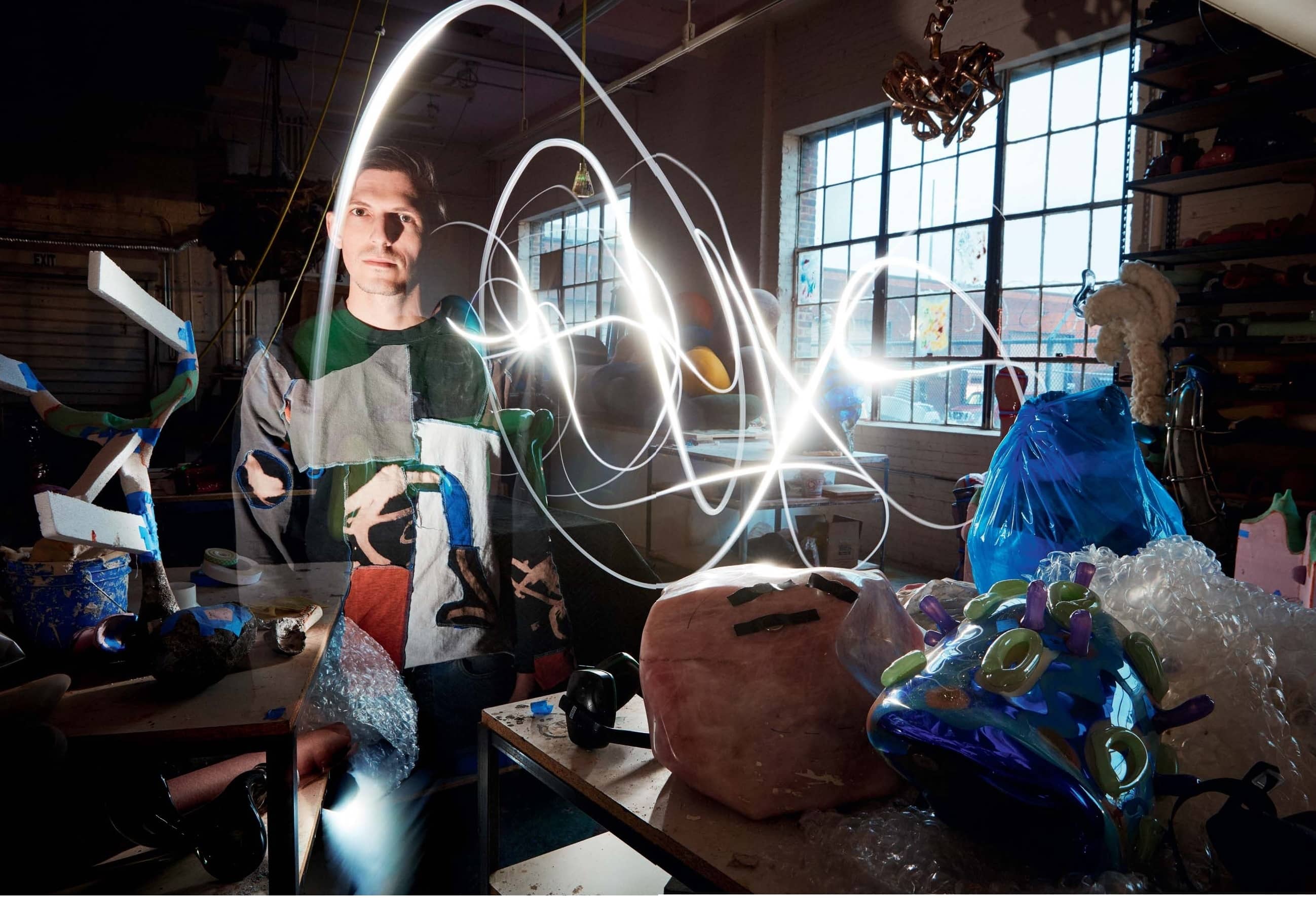 Sunset Park, nestled between the East River waterfront and Brooklyn’s Chinatown, has seen an influx of creatives, taking over the former Navy Yard buildings and industrial spaces. Among them is 30-year-old designer Misha Kahn, who has set up his new studio in the area. And on the cold, rainy December day that I visit, Kahn and his five studio assistants are bundled up. Tall and lean, Kahn is wearing long johns and sturdy outdoor attire, a strategic outfitting he probably picked up during the cold winters of Duluth, Minnesota, where he grew up. He walks me through the studio, a former thread-dyeing factory, still industrial at its core. On one side is a loading dock, where that afternoon his team hoisted in a large crate containing a robot, typically used on car assembly lines. It had been shipped from Spain and the crate was waiting to be opened. (He later explained this would be part of his set-up for micro-manufacturing furniture.)

RELATED STORIES
FOUR LITTLE MIRACLES!
Woman's Day Australia
2 mins read
WHY SUCCESS CAN ALL BE IN THE MIND
Racing Ahead
10 mins read
This research could be music to your ears…
TES
5 mins read