As a child growing up in the countryside outside Paris, Yorgo Tloupas assumed everyone lived in a house like his. ‘It seemed normal,’ he recalls, strolling through his family home. ‘Then I went to a friend’s house, it was so weird! “Why do you have carpet and curtains? And why does your house look the same as the neighbour’s?”’ 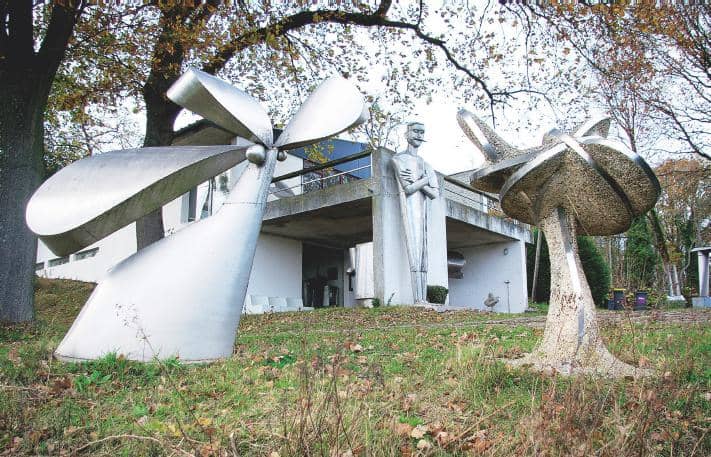 Tloupas’ house was unique because it was designed and built by his father, the Greek sculptor Philolaos Tloupas, known simply as Philolaos. Not only the walls, but practically every object came from the sculptor’s own hand, starting with the huge statue of former president Georges Pompidou that greets visitors at the gate. The place is a veritable museum (and a model of self-sufficiency), filled with Philolaos’ sculptures and paintings, his moulded concrete sofas, stainless-steel toilets, tables and chairs (including a concrete rocking chair that doubles as a fountain), a stainless-steel pizza oven resembling a squat round spaceship, stainless-steel bottles like Giorgio Morandi paintings, and wood and marble fruit bowls. Even the cutlery is homemade. 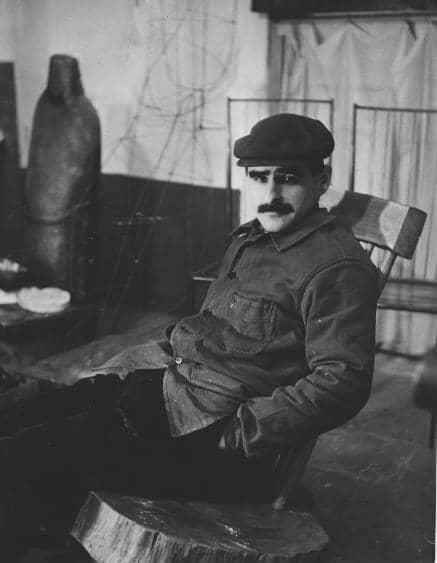 Yorgo stops at an intriguing metal contraption in the living room and unlocks its squeaky latch to reveal a television hidden inside. ‘This was to stop me from watching TV when I got back from school,’ he says. 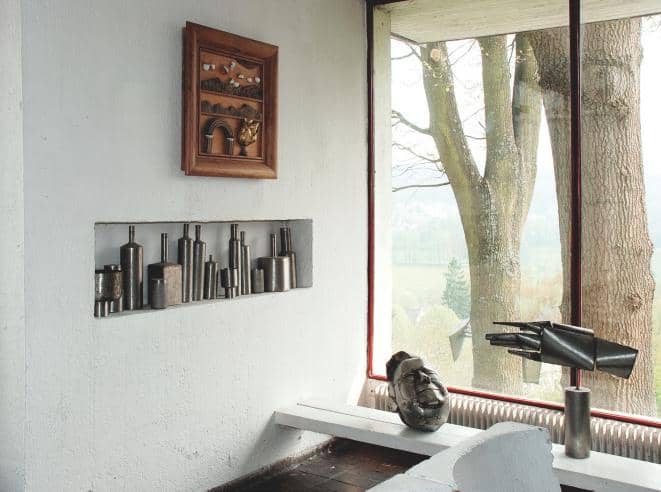