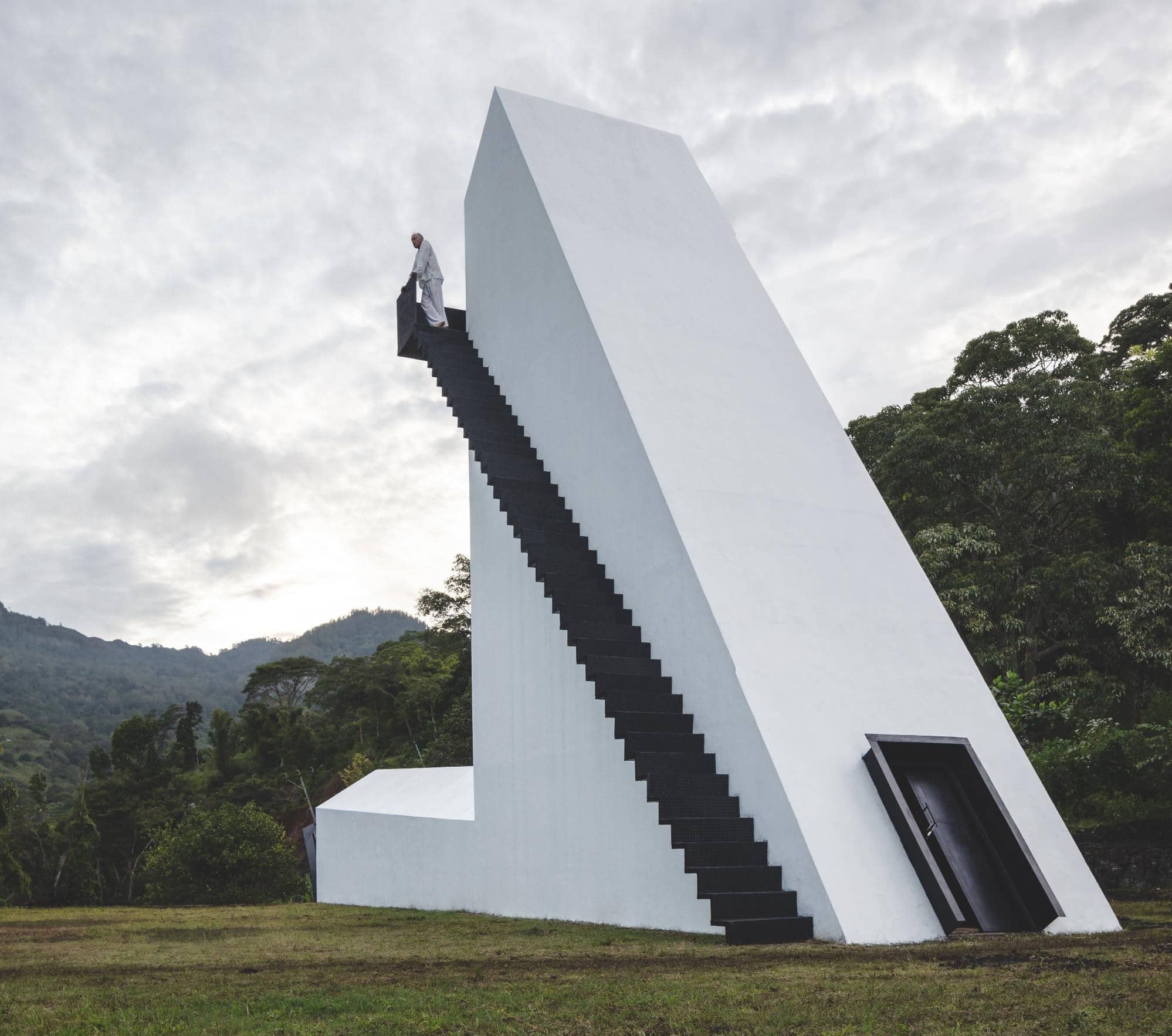 On the Indonesian island of Flores, artist Not Vital and his soaring House to Watch Three Volcanoes go to extremes in pursuit of a view.

Not Vital is in the habit of stressing that he isn’t an architect. ‘I never went to architecture school,’ he told me the last time we met in Bataan, where he’d just completed a chapel (W*219) that resembled an Aztec temple but contained a deconstructed rendering of The Last Supper and a statue of a local harvest deity. ‘That’s why I’m so free to do this.’

‘This’ is now a series of buildings scattered around the world in absurdly remote locations – though a more accurate term for his creations might well be follies. These buildings aren’t meant to be inhabited, any more than the Bataan chapel is intended for worship. Instead, they are exercises in fantasy; expensive experiments in imagination funded by Vital’s work as a conceptual artist. They are spaces to wander through; and opportunities to revel in the sheer escapist joy that surely must seize the Swiss artist during his creative process.

Vital has coined his own term to describe what he does: ‘Scarch’. A portmanteau of ‘sculpture’ and ‘architecture’, it reflects his world view that architects, in recent times especially, have incorporated sculptural elements into their works. He doesn’t name names, but it won’t be much of a stretch to imagine Zaha Hadid and Frank Gehry in the mix. ‘But for sculpture to reach into the field of architecture, now that’s a rare reversal,’ he says.