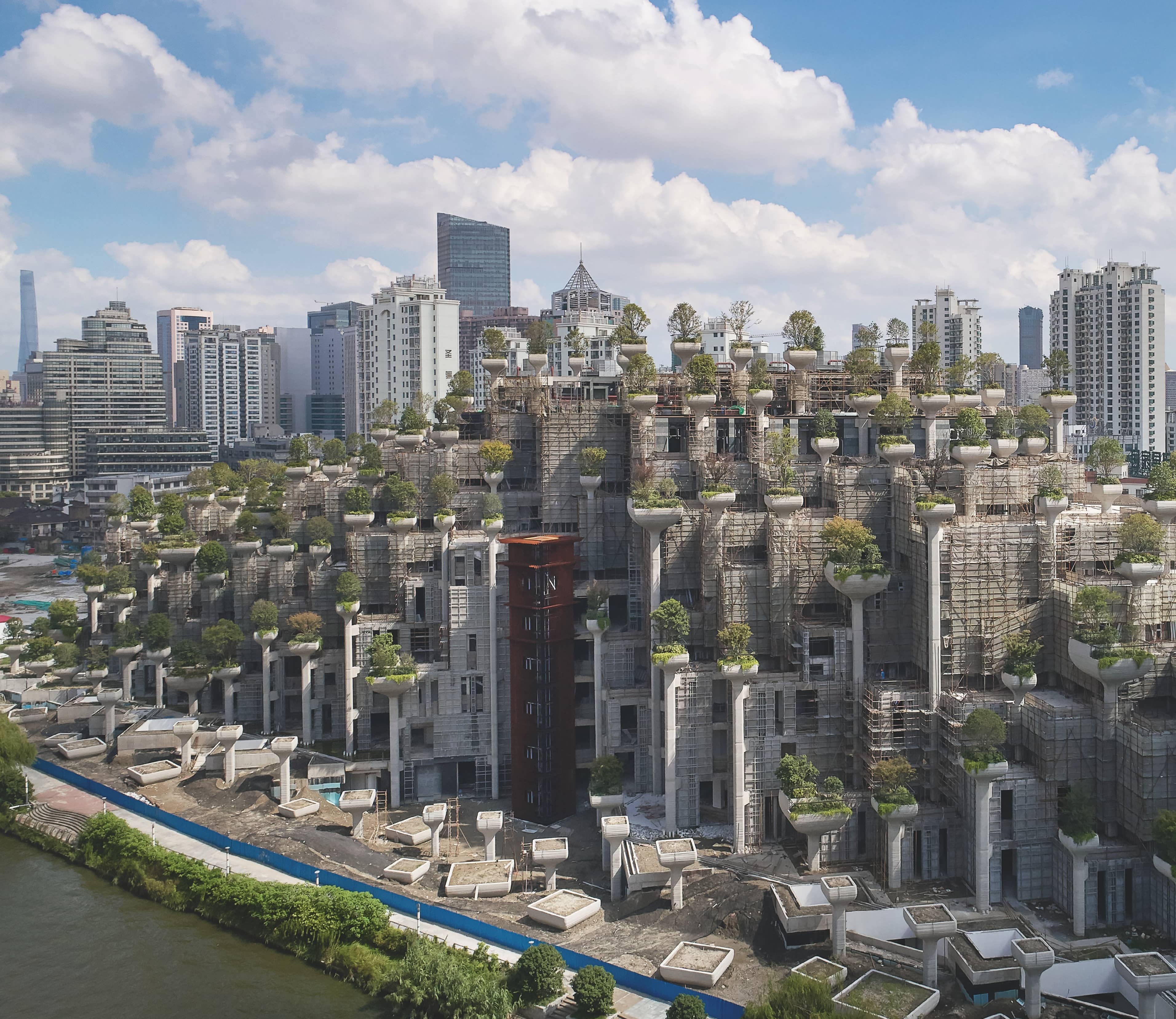 With his spiky UK pavilion for Shanghai’s 2010 World Expo, Thomas Heatherwick became one of the most sought-after designers in Asia. Mr. He-si-wei-ke, as he is known, remains one of only a handful of recognised Western names in China, and his latest project, a spectacular new complex in Shanghai’s Moganshan district, is sure to seal his status as one of the UK’s most innovative architectural ambassadors.

The first phase of this mixed-use development for the Tian An China Investments Company is due for completion in May 2020. Set on a former industrial area in a bend of Suzhou Creek, with the low-level warehouse and factory conversions of the trendy M50 arts district to the south, the site is also home to that rare commodity in Shanghai: a woodland park.