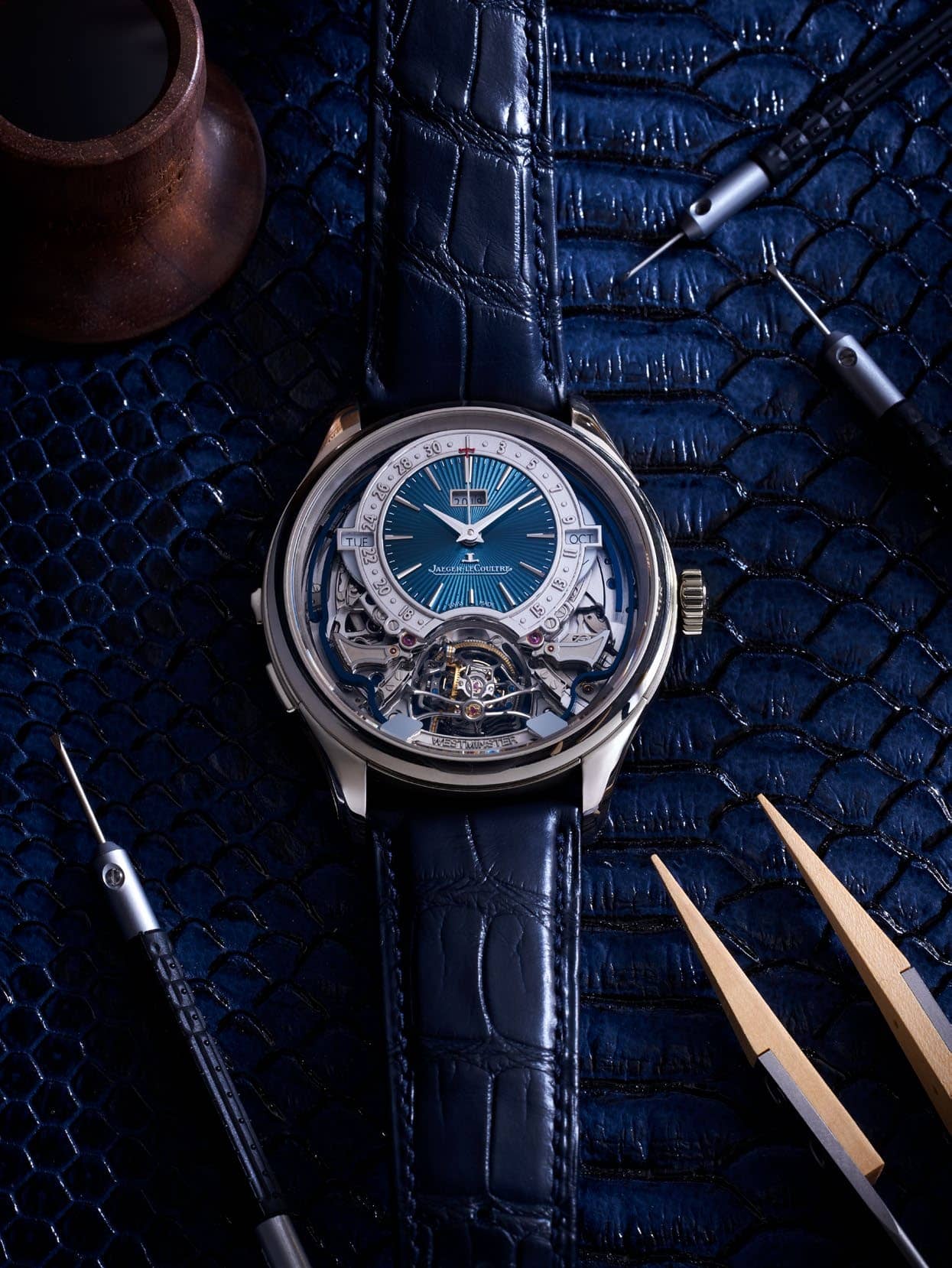 Jaeger-LeCoultre reminds the world why it is called the Grande Maison with the Master Grande Tradition Gyrotourbillon Westminster Perpétuel, and a few other notable complicated watches

There’s a largely forgotten but relatively recent riddle in fine watchmaking. It made the rounds in 2009, and it goes something like this: how many tourbillons does it take to make the hands of time go round the dial? The answer is anything but straightforward, but it takes the form of a few follow-up questions. If haute horlogerie is your thing then you may find these hilarious.

• Answer number 1: By tourbillons, do you mean to include karusels and carrousels too?

• Answer number 2: Will the tourbillons be single or multi-axis?

• Answer number 3: Are the tourbillons inclined?

• Answer number 4: Wait, do we actually need tourbillons of any kind (or karusels for that matter) to keep good time in a wristwatch?

• Answer number 5: Just kidding, we need as many tourbillons as possible, with as many axes as possible. Obviously, these will all be inclined at every possible angle. In fact, we don’t need hands, dials, or even cases. What we need is lots and lots of tourbillons. Or anything that can pass as a tourbillon. Even a karusel.

That last one is the punchline, although the whole thing works as a bit of a light-hearted jest, if one is so inclined. On a serious note, it all makes sense when you think of the tourbillon as a marketing story; a way to tell and sell the story of mechanical watchmaking. 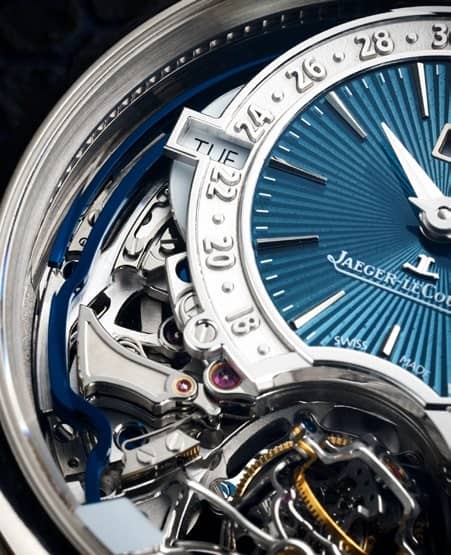 Funnily enough, 2009 was also the year that a storied name in Swiss watchmaking decided to make a strong statement about the tourbillon. The manufacture was Jaeger-LeCoultre and the watch was the Reverso Gyrotourbillon 2, which beat out its field of competitors in a proper independent chronometry competition. The Concours International de Chronometrie may be no more, and it certainly had its failings, but this episode did highlight the fact that a tourbillon could play a valuable role in improving the accuracy of a mechanical wristwatch.

Quite obviously then, the aforementioned riddle is a jab at the marketing hype that, more or less, dominated the conversation about fine mechanical watches. Undercutting the hype though are facts such as the triumph of Jaeger-LeCoultre in the chronometry contest. Making the case a little stronger for tourbillons in general, Jaeger-LeCoultre was actually recognised for another tourbillon watch in the 2009 competition: the Master Tourbillon (part of the Master Control collection). Over the years, this particular automatic tourbillon movement has become something of an industry standard for reliability and precision. It is also a standard for Jaeger-LeCoultre, and is part of the collection this year, as you will see. 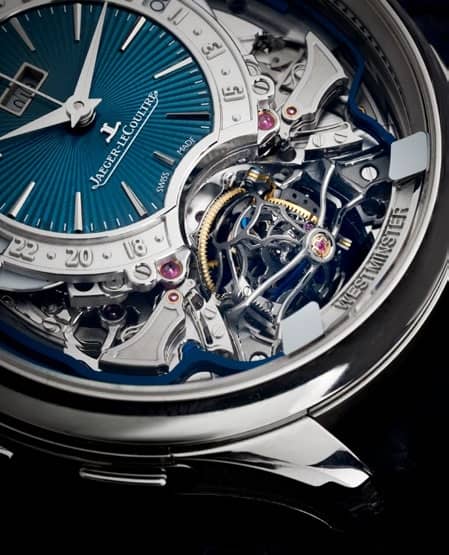 The key point here is that the tourbillon is only as good as the watchmakers behind it, and the brand philosophy behind them. This point defines what the manufacture Jaeger-LeCoultre brings to the table in terms of its complicated wristwatches, at every level.

A watch such as the one on our cover this issue, which is covered in more detail elsewhere this issue, tells you everything you need to know about the Le Sentier manufacture’s technical and artisanal competencies just at face value. We were lucky enough to shoot the watch at the SIHH this year, and our friends at WOW Thailand actually featured it on the cover of their Pioneer issue (the equivalent of our Summer issue). Here’s how that story, by editor Ruckdee Chotjinda, tells it: “With over 400 patents across nearly 1,250 calibres, Jaeger-LeCoultre is undoubtedly a true manufacture from the Vallee de Joux – one that strikes the perfect balance between technical prowess and aesthetics.”

The aesthetic qualities the story refers to can be seen most clearly in the solidly classical dial, which features both guillochage and enamel work. The guilloche decoration is done by hand, and when completed the grand feu enamelling follows. The result is a bewitching dial that does not reveal the trade secrets behind its magical appeal. This subtle approach contrasts starkly with the gyrotourbillon and the chiming mechanism, which are both crafted to hold the eye, and to invite speculation on how they work.

Happily, one need not engage in much speculation about the watch and the distinguished calibre 184 that powers it. This manual winding movement is extraordinarily precise, gaining or losing just one second per day. To put that into perspective, to qualify for the industry-leading COSC standard, a mechanical movement need only stay within the -4/+6 seconds per day range. Jaeger-LeCoultre has guaranteed this precision right from the start of the gyrotourbillon story so this is not a surprise. This means that every gyrotourbillon watch from the Master Gyrotourbillon in 2004 onwards boasts this precision. It is this commitment to an excellent timekeeping rate that won Jaeger-LeCoultre the top plaudits at the 2009 chronometry prize.