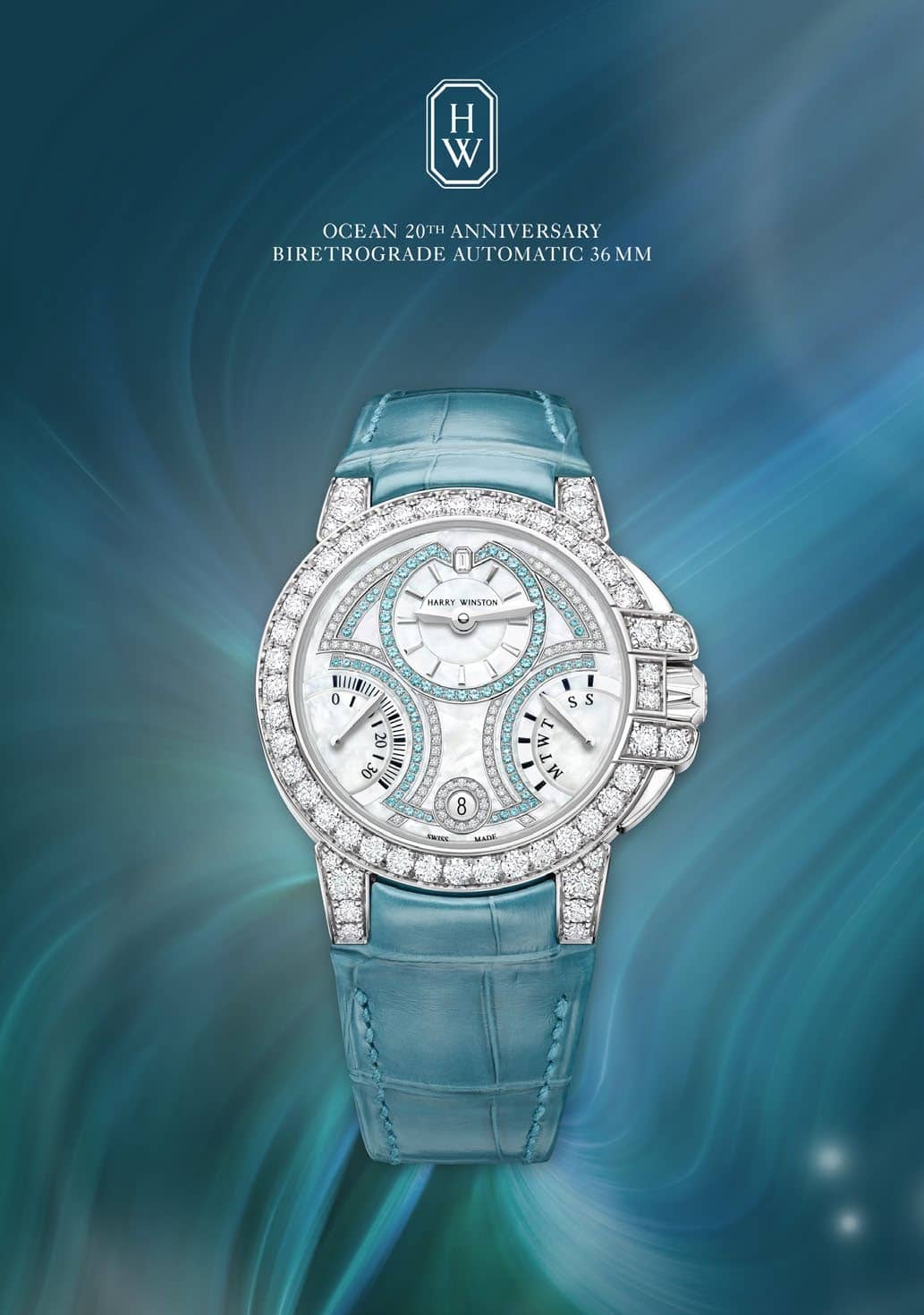 Harry Winston celebrates the 20th anniversary of its Ocean collection in ostentatious style.

The Harry Winston Ocean 20th Anniversary Biretrograde Automatic 36mm bears hallmark characteristics of the namesake series: bi-retrograde display and off-center hours and minutes counter. Made for the woman who loves the brand’s high jewellery creations as much as she appreciates sophisticated mechanical movements, the timepiece takes inspiration from the sea and dons a set of bold, blue Paraiba tourmalines, brilliant-cut diamonds, and mother-of-pearl to showcase an allure like no other in its series.