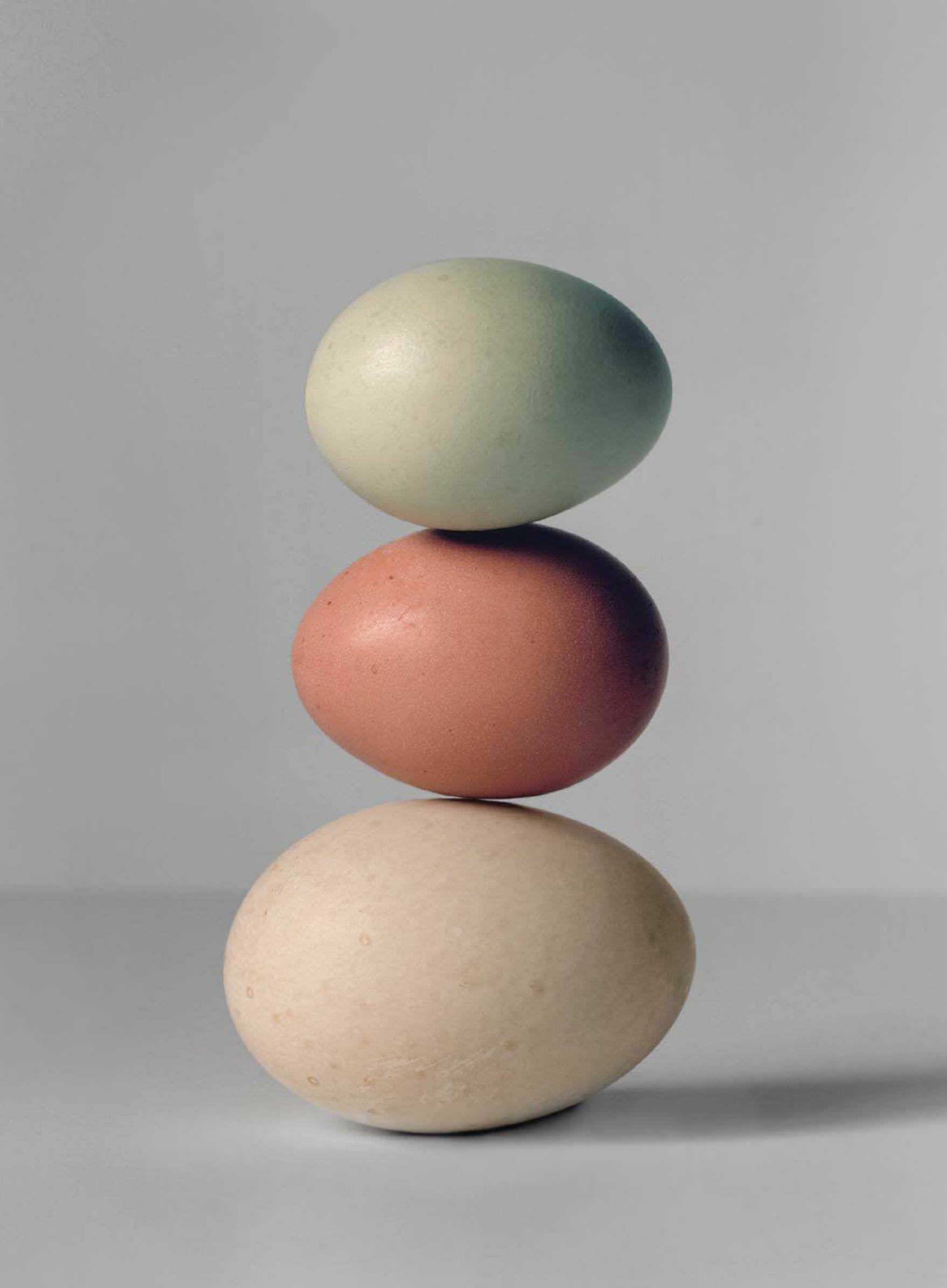 Are pastured eggs the perfect food? Tamar Adler reports on the thrilling ascent of a once-humble (and, yes, healthy) ingredient.

“OMNE VIVUM EX OVO,” I notify my dining companion, scooping the last of a glorious plate of scrambled eggs from under her nose. It’s a grand pronouncement (“Every living thing comes from an egg”), but I’m in the mood for one. I love eggs, and we are living in an age of ovodolatry, of oeufphilia. It’s the Eggolith! These symbols of creation have, of course, been sacred for centuries. The Greeks had their Orphic egg, the Vedas their Cosmic egg. Enlightenment-era philosopher Denis Diderot famously pronounced that all the world’s theologies could be toppled by an egg! But here in America, for a tragic half century, eggs have been culinarily pedestrian—scrambled or fried at breakfast to the consistency of cardboard, tasteless yolks blending with bland whites. At last, something new is afoot.

It is not only that eggophiles stand in line for hours at Eggslut in L.A. And that New York’s Egg Shop does a brisk business in mezcal cocktails and dishes like the Warrior One—a poached egg, masala-spiced lentils, shaved broccoli. Or that the Japanese okonomiyaki—a cabbage omelet that can cure a hangover and most variations of malaise—has become ubiquitous. Or that Put an Egg on It is both a zine and a meme. It is that eggs are finally being coddled and cosseted, napped with fresh cream, crowned with caviar, festooned with the freshest offerings from the sea—all in ambitious testament to their culinary and cultural inviolability.

I first noticed this thrilling ascent late last winter at Fish & Game, a seasonal restaurant co-owned by Zak Pelaccio a convenient half block from my house in Hudson, New York. At one dinner, I ate a deep yellow–yolked, soft-cooked egg enthroned in a hollowed-out brioche with cultured cream, preserved lemon, and hackle back caviar; at another, a peeky toe-crab omelet with chile-crab sauce. A month later the same omelet—a barely puffy marigold duvet showered with tiny leaves of baby celery, cilantro, borage flowers, and frizzled leeks—arrived with an entire soft-shelled crab astride. There was Italian torrone—made with egg whites, almonds, and sugar—for dessert. Where else, I wondered, were eggs being thus glorified?

It was time for some fieldwork. “’Tis hatched, and shall be so!” I announced, from Shakespeare, entering Frenchette, Riad Nasr and Lee Hanson’s new Tribeca bistro, where the brouillade, a prodigiously rich rendition of a soft French scramble that is luxurious in the extreme, has gained immediate renown. What arrives when one orders it—a downy bed of daffodil yellow on a Frisbee-size plate with a swirl of herby, buttery snails at its center—would be called “scrambled” only by a philistine. It costs $22 and is worth every cent.