Mutiny And The Bounty 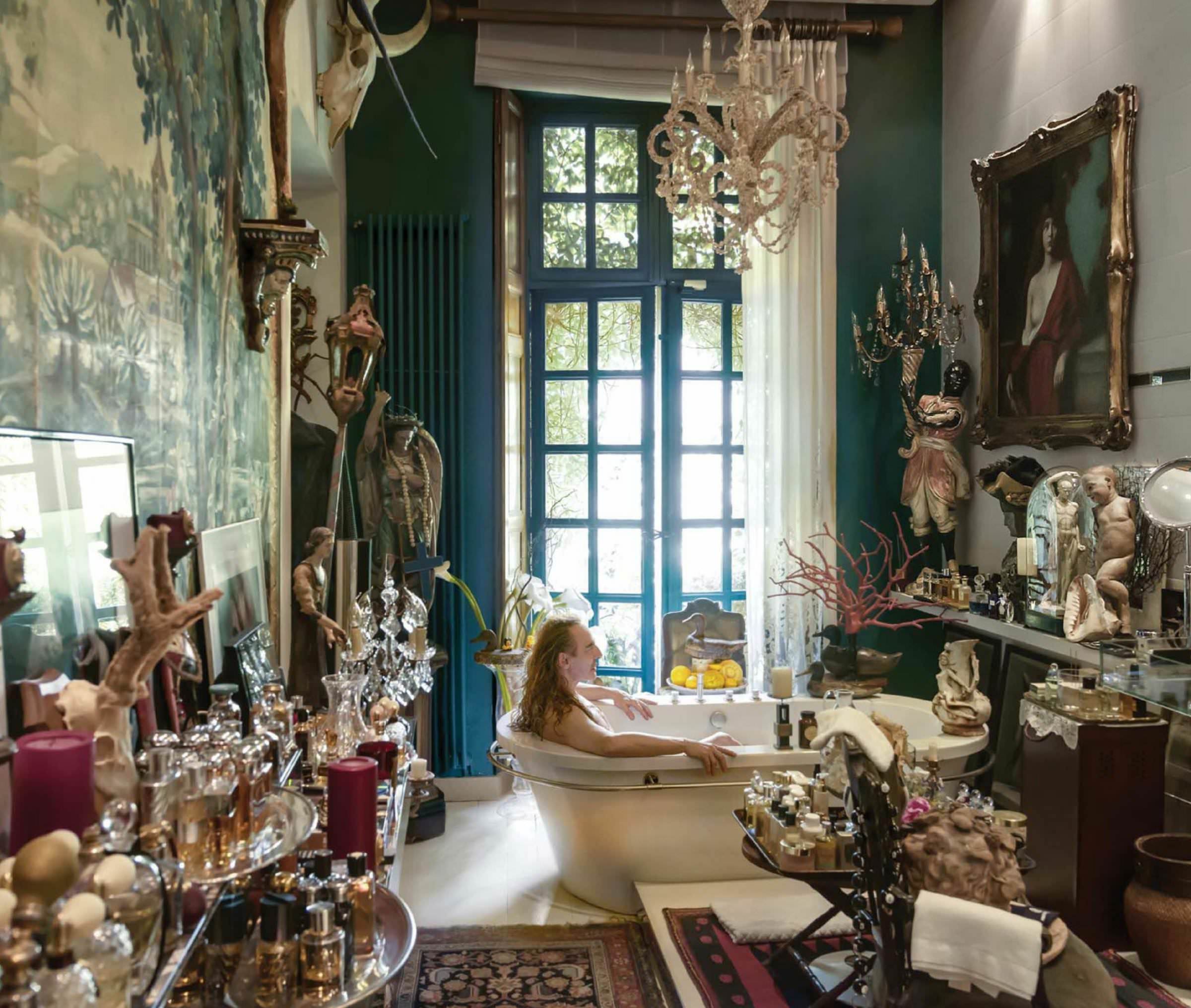 With his first fragrance for Maison Margiela, John Galliano continues to revolutionize how we see—and smell—this most radical of houses.

Hamish Bowles
On a June day chez Maison Margiela in Paris’s edgy Eleventh Arrondissement, John Galliano is in the midst of fittings for his first Artisanal men’s collection for the house. The women’s Artisanal collection, based on the idea of “the memory of a garment in another garment,” is in its preliminary toile stages, but in Galliano’s world there is now a powerful crossfertilization of ideas between the two. The Artisanal collections, he says, represent “the raw, undiluted essence, the parfum of the house, which both informs and inspires the eau de toilette.” Fragrance, not just as an analogy, is very much on Galliano’s mind this afternoon: After three years of development, he’s about to unveil Mutiny, his genderless first signature parfum for the house—another indicator, like the expansion into menswear, of Galliano’s ever-growing role since he was appointed Maison Margiela’s creative director in 2014.

In lieu of showing men’s ready-to-wear this fall 2018 season, Galliano has elected to showcase these more couture-like pieces. “I got really excited by the changing landscape of menswear design,” he says, “but I thought, What are you going to do to even get a look in? You are going to play to your strengths.” He revived, for instance, the bias-cut suit from his self-titled fall 1994 collection, which, he said, combined “the erotic sensuality of the kimono with the fluidity of the bias.” Those suits were worn at the time by the high-stepping supermodel Shalom Harlow, and versions were subsequently snapped up by stylemakers including Lee Radziwill and São Schlumberger. At Maison Margiela in 2018, Galliano is showing them on snake-hipped boys with piercings, tattoos, and lashings of attitude. “It’s great that such a feminine way of dressing is so relevant, so right for today,” he says.

One outfit is made from a beaded 1950s dress, with the boys’ slender waists cinched with patent leather corsets—and tango-dancer heels on those iconic Tabi boots. “That’s how we redefine what masculine sexuality is today, young man!” Galliano tells me playfully.

Galliano himself is redefining masculine sexuality in a vintage Aran sweater that seems as though it were knitted for a giant—it falls to his knees like a shift dress and reminds me of the first ensemble that he made for me, from his Afghanistan Repudiates Western Ideals collection for spring 1985: a pin-striped skirt for men and, as he recalls with photographic precision, “a mustard jumper with a ruffled front with corks.” It was a lewk that resulted in a lot of name-calling from Parisian cabdrivers. “Always questioning the accepted norms or conformity,” remembers Galliano of that period. “I don’t know if one was trying to break the rules, but one was just not accepting them—we hadn’t written them, so why? We were trying to make our own rules. We believed it, we lived it, and we went out looking like that. That’s youth,” he sighs. “Gay abandon!”

Now able to unleash that imagination once more at Maison Margiela, Galliano is in a quietly exultant mood. “Fun, fun, fun,” he says, contemplating the upcoming collections. “The house is going to be full of energy.”

At Margiela, Galliano seems energized not only by his cabine of hipster guys but by a new generation of London designers, including Matty Bovan and Loverboy’s Charles Jeffrey, who revere his design history and respect his atonement and subsequent reinvention after the maelstrom of addiction that resulted in his ouster from Dior and his years, to use his own word, as an “outcast.”

“I was surprised,” says Galliano quietly. “I’ve kind of been off the scene a bit.” But stylist Alexis Roche, his partner and collaborator of 20 years, who is unusually attuned to the Zeitgeist, told him, “They love you. They’re obsessed.”