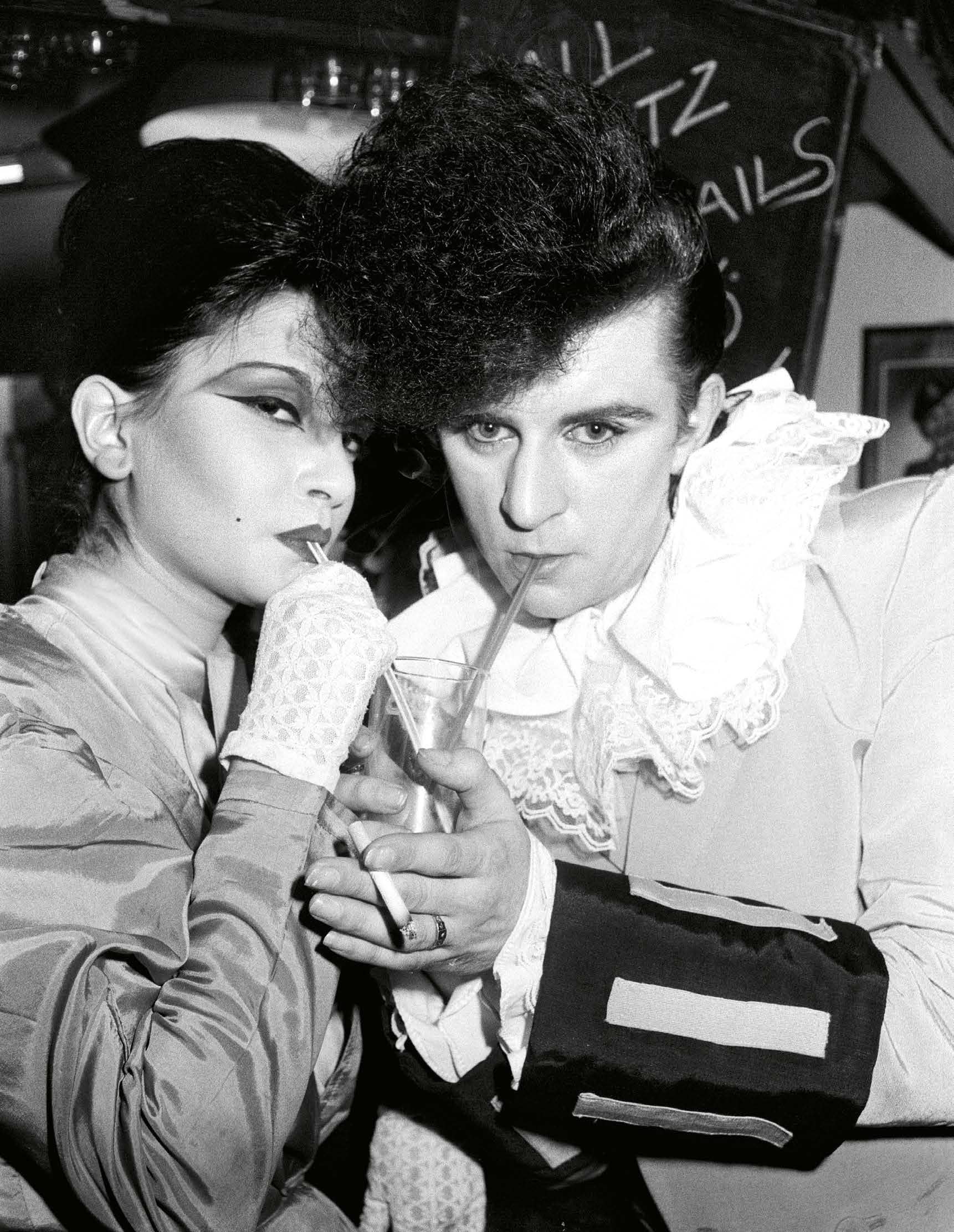 From the post-punk theatrics of the New Romantics to the denim-clad Dickensian ragamuffins—Hamish Bowles, international editor-at-large of Vogue US, looks back at the larger-than-life hedonism of the party culture and club kids in 1980s London.

In the late 1970s and early ’80s punk was at its peak. The iconoclastic movement was destroying the status quo, making provocative statements with torn, distressed looks. The New Romantics became the post-punk aesthetic response; they channeled the decorative and the exaggerated—referencing films like Fellini’s Roma and Casanova and Marcel Carné’s Les Enfants du Paradis. It was theatrical, artificial and gender-fluid, with boys in makeup, flamboyant outfits made by fashion-school kids from Central Saint Martins and Middlesex University, mixed with vintage pieces and period stage costumes from a theatre costumer going out of business. Boy George, Adam Ant, Duran Duran, and Spandau Ballet came out of that. I was a school boy in London then, and I was completely enthralled! And it all revolved around these clubs in London.

My first encounter with the New Romantics was as a teenager at a club called The Blitz. It was incredible. Everyone had a different look, which they would work all week to create. They’d make it in their fashion closets or at home at night, and you fell by the sword if your look didn’t match up. These were mostly people who didn’t have much money—they were in art school on government grants, living in student accommodation and welfare apartments. With next to no resources, they were wonderfully creative and imaginative—it was terribly inspiring.

Later, I went to Saint Martin's to do my foundation course, and subsequently, fashion school. John Galliano emerged out of that movement, and the collection he did at Saint Martin's for his degree show was inspired by the New Romantics and based on the idea of the Incroyables and the Merveilleuses—the male and female dandies who were born in the wake of the French Revolution and dressed in this extreme Republican way. His collection had an edge, though; there was a bit of punk mixed in, which is what made it exciting. It also reflected the scene—through the people looked amazing, those clubs were a bit rough and ready.