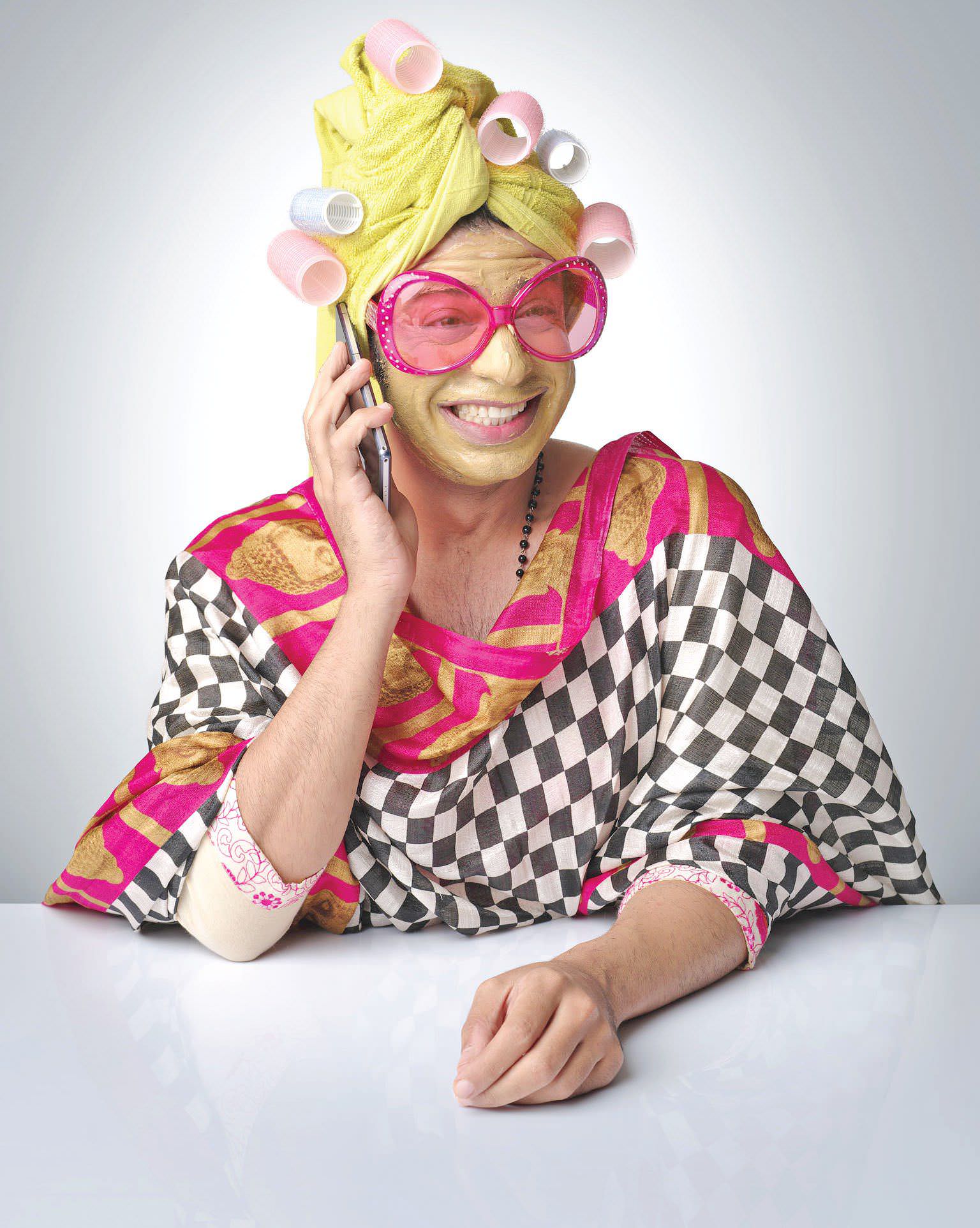 Pammi Aunty Meet Ssumier Pasricha, a TV actor you may remember from ‘Sasural Simar Ka’. But it is not Simar’s adventurous ‘Sasural’ that won him fame and a huge fan following. Instead, it is Pammy Aunty- the quintessential gossip queen and an everyday PunjabiAunty-next-door that has made him a household name. A purple towel wrapped on his head, some rollers stuck onto it, neem pack applied on face, tacky pink goggles on and Ssumeir is transformed into the Pammy Aunty ready to take her Youtube and Instagram followers rolling on the floor with her tremendous comic skills.

How did the idea strike you, to get into this kind of comedy?

Frankly, it was completely an unplanned thing. One fine day, my nephew asked me to join Snapchat. It was then that I started writing few lines and began to get an enthusiastic response from the people. Then I began posting my videos on Instagram and Youtube and by the 16th video, Pammi Aunty had gone viral whether it was Canada, Australia or Manhattan. I was getting hits from all around the world and eventually by the 29th video, where I was talking about the Euro cup, Rishi Kapoor tweeted about me and it was then I caught the eye of media and my channel got coverage. I did not expect the character of Pammi aunty to gain so much fame and popularity in such a short span of time.

What is your vision behind creating the character of Pammi Aunty? Who is she based upon?

MORE STORIES FROM THE LIFESTYLE JOURNALISTView All