To love & To hold 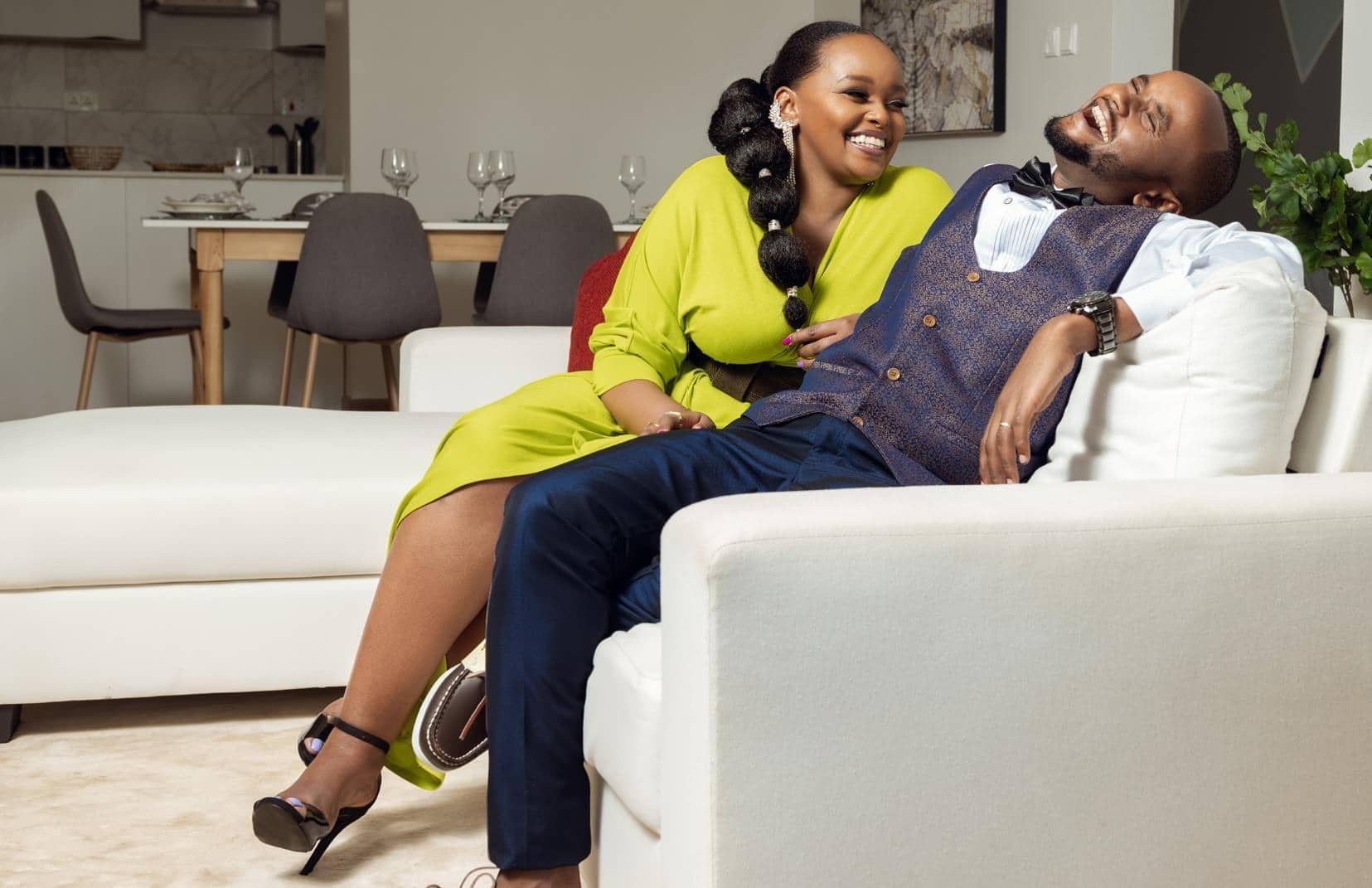 In a world filled with negative press when it comes to Holy Matrimony, the WaJesus have one message, Marriage works!

Most love stories start when boy meets girl, they fall madly in love and they live happily ever after. For 26-year-old Millicent Wambui Nga’nga, and 29-yearold Peter Kabi, their love story wasn't that clean-cut. Yes, boy met girl but it wasn't love at first sight. To start with, she was dating his friend. Second, she was in form two.

‘It’s funny, because even back then I had an image of how my wife should look like. When I saw Milly, I thought she looked like my wife. Plus she was very nice. But at that time I had a girlfriend, and this guy pia alikuwa anamkatia (was dating her). So I never thought of dating her.

As for Milly, who is the firstborn in a family of 4, he was just her big bro.

‘I never thought about how my husband should look like. I met Kabi when I was in form 2 in high school. My then-boyfriend introduced us and we ended up going for two double dates with him and his then-girlfriend.'

‘I had a pic of the four of us that I took to school just to show offmy ‘gang.’ The people I hang out with. He was like my brother but if you ask him he says I kept his photo because I was in love with him.

‘Your sister said that you liked me.’ Kabi interjects directing the statement to his wife.

‘She had her plans, and I think that's why we are here.’ Kabi adds laughing.

They are taking turns cradling their 3-month-old son Taji as they regal me with stories of how they met and started on this journey. Milly and Kabi known as the WaJesus family on their Youtube channel have one message and one message only, Marriage works! Especially if Jesus is at the centre. And judging from the scores of fans who throng their comment section asking for more; more videos, more photos, more stories, it is safe to say that this message is crucial in a world filled with negatives.

Seated at Saape Lounge, Ciata City Mall on Kiambu road Milly is nursing a cold fresh juice and Kabi sparkling water. As we continue on with our conversation, it is clear Kabi is the loud comical one while Milly is the reserved one.

‘I used to talk about him a lot because he owned a cyber cafe. And after high school, we always went to cybers to download movies and go on the internet. So when I went back home I would tell my sister ‘nimeenda kwa cyber ya Pinchez nikatumia internet yake for free.’ That was the only reason I kept talking about him. She directs the explanation to me.

She does admit that on some level she did find him attractive. ‘He looked interesting especially with his relaxed hair.’

After Milly finished high school they lost touch. Then when she got to second year in University a Facebook name change and Jesus brought them back together. ‘I actually saw him on Facebook and was like ‘ghai, huyu mtu aliendanga wapi? (Where had this guy disappeared to?) Pinchez [his then Facebook name] amekuwa Kabi WaJesus?’

She messaged a now saved Kabi and they quickly exchanged numbers. ‘That's how I actually got interested. For three months we talked on the phone before we actually met.’

Kabi was busy doing the Lord's work mentoring other people in the ways of Christ and added her to the discipleship group, he had created.

‘I thought of asking her out but again she was my friend's ex and bro code dictated I don't. Even though he [the friend] already had a wife and a kid I kept thinking he might assume that I used to like Milly even before they broke up. So I was a little hesitant.’

Kabi talked to some of his friends to get some advice.

‘ He set me up with his friend ati ndio anisome (to know what I am about). Milly jumps in to explain. ‘He had told me this friend was going to teach me Kikuyu but after we were married he came clean about why the friend was there.

‘ I did ask my friend to go meet her and report back to me on how she is because it had been a while since I had seen her and she was still calling me bro. I wanted to know if things had changed ndio nisiende huko namafeeling na nikataliwe (so as not to be rejected.)’

Kabi had fallen for Milly hard ‘ I used to call her Heaven sent, but at this time bado sijamkatia. It was just blind faith. I was excited but scared. After some time that friend encouraged me to go for it.

Milly, on the other hand, thought Kabi had friend-zoned her.

‘ He was nice, but he was not communicating his intentions.

Milly decided to go on other dates. ‘I had decided if anyone asked me out and I felt like it, I would go.’

When she informed Kabi he was pissed which finally made him come clean.

‘So one time, I picked her at Westy (Westlands) and as I am dropping her offshe tells me she had been on a date that day, and I was like wait date? "Kudo (to do what)? Kwani what were we doing? Nilikuwa nachoma mahindi?" I was pissed. So that was when I told her that I wanted her, and only her.

When it comes to the no hugging thing, Kabi had an explanation. ‘Before I got born again, I was easily carried away by girls. I was very casual about relationships so after I got saved, I told myself if there was something that itaniangusha (make me backslide) ni madem. I stopped hugging or flirting as a result. When it came to Milly I just thought, “I'm here now treating you nicely. You get the message.” So I think that's why I did not outrightly say that I wanted her to be my girlfriend.’

After he came clean they became intentional about their relationship. A year later Kabi was ready to settle down. She was 21 and he was 24.

‘This was about a year after we started dating. He kept saying vitu kama ‘should we marry now,’ and at first I wasn't ready. When I was, I asked him to go see my parents.

The parent meeting did not go as Kabi expected. They had a resounding NO!

‘He was told to wait until I finished school.’ Milly informs me.

‘I remember her parents asking what would happen with her education and I was confident enough to say I would pay for the rest of her college days. It caused such a big problem,’ Kabi explains.

‘Looking back, I don't think that it was the right time. I was just scared because I felt like I love this girl and I didn’t want to lose her.’

‘After that my parents simply didn't want to see us together,' Milly says.

But a man in love is both patient and impatient. He waited for her to finish school and immediately she did Kabi was at her parent's doorstep again.

‘The day she finished her final exams I was there to state my intentions. This was in December and by March I had proposed.’