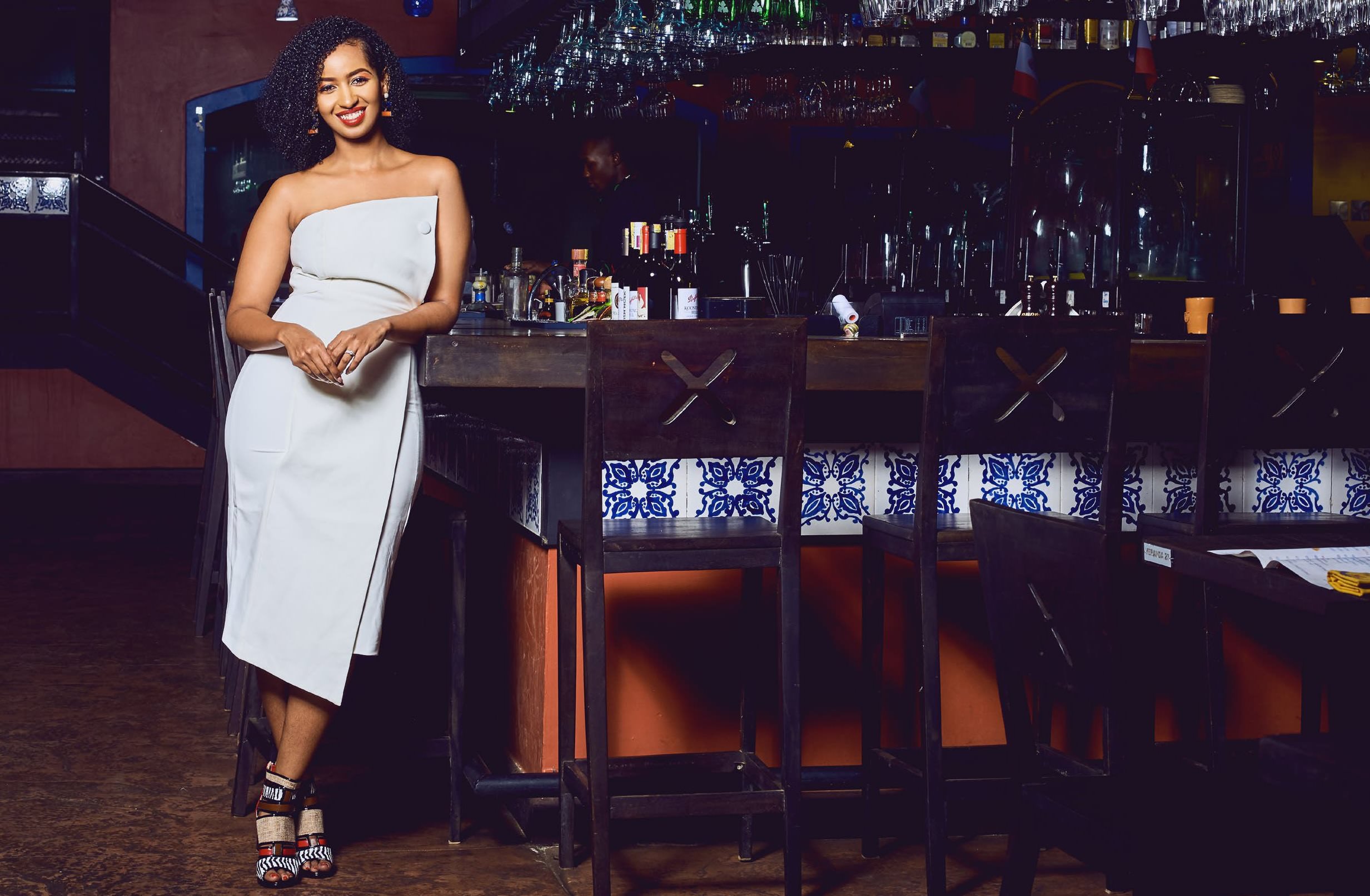 As TRUELOVE commemorates its 14 years of keeping you inspired, in this celebration issue, we share Sarah Hassan’s motivating journey to stardom, and reveal her spirit of positivity that kept her eyes on the goal.

It is safe to say that Sarah Hassan, is the queen of keeping her personal life private. Even though the limelight has been on her since she debuted on our screens through the TV drama series Tahidi High, in 2009 as Tanya, Sarah prefers to keep a low profile, as far as family and personal life are concerned.

During this interview, she wouldn’t discuss or answer questions that touch on her parents, religion or family life. When probed, she simply said, ‘I’d rather not speak about them as they are very private people.’ On religion she retorted, ‘religion is a very sensitive and private matter and I chose to respect that and not comment.’ She also declined to get into details about her marriage, husband or the ceremonies related to her wedding.

She explained that for her, the story is not about peeling back her layers. No. It’s much more than that. It is about celebrating the here and now, being immersed in the moment and appreciating everything about her life.

When we met for lunch at Sierra Lounge in Yaya, she arrived on time, settles into our booth and orders a bottle of water with lemons on the side. I was curious. I ask if she is on a diet and she confessed, ‘I haven’t been to the gym since I got back from Los Angeles, but I’m seriously thinking about getting back. In LA there was motivation everywhere. Everyone around me led a healthy lifestyle so getting into a healthy regime and hitting the gym was easy.’

She was still trying to find her footing back home, having uprooted herself at the peak of her career to pursue further studies. ‘It hasn’t been easy, to be honest, but my husband has made it quite painless.’

‘It was something I always wanted to do. To go to the New York Film School and study film. It’s a promise I made to myself as far back as Tahidi High. When I saved enough, I spoke to Martin my boyfriend (now husband), about my dreams, and he asked me what was stopping me.’

Born in Mombasa, Sarah said that she does not remember dreaming about what she wanted to be when she grew up. ‘I always loved math but it was only when I joined Machakos Girls High School that I discovered my passion in acting.’

After her studies in a high school which she says pretty much nurtured her love for the arts and inspired her to dream of a career on TV, ‘ I went on to study actuarial science at Jomo Kenyatta University of Agriculture and Technology - Karen campus. At first, I really wanted to study film, but I was torn since I loved math and wanted to pursue that and also, Kenya didn’t really have a film school at the time.’

It was a conversation with an aunt that gave her a new perspective, ‘she told me that I did not have to choose between math and acting, that I could do both. So I enrolled in college and at the same time, I started acting.’ 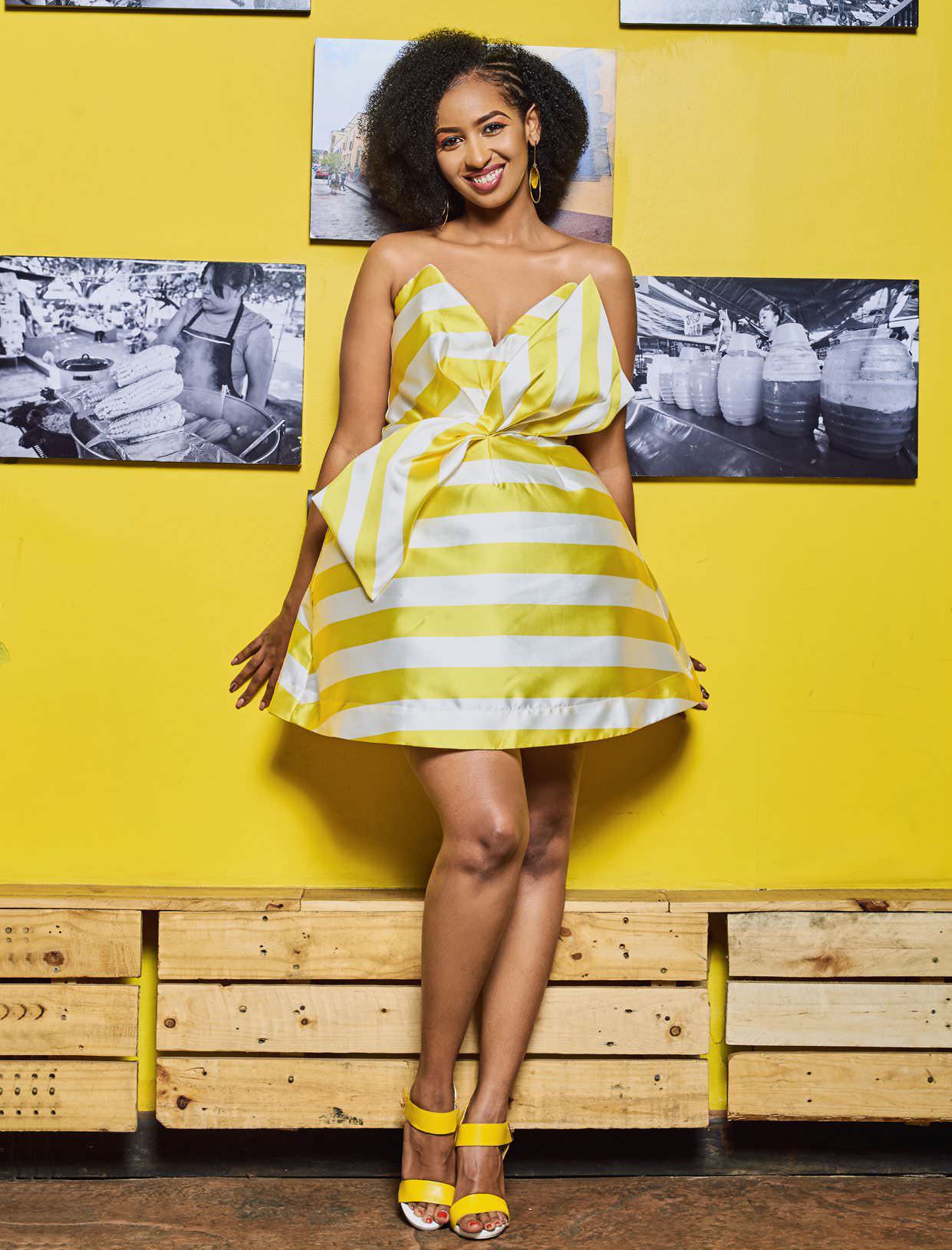 The path she chose had its consequences. ‘It forced me to grow up really fast and learn some very important life lessons. Discipline is one of them. I had to be very focused with my studies because my parents made it clear that there was a condition - I could only keep acting if I brought home good grades.’