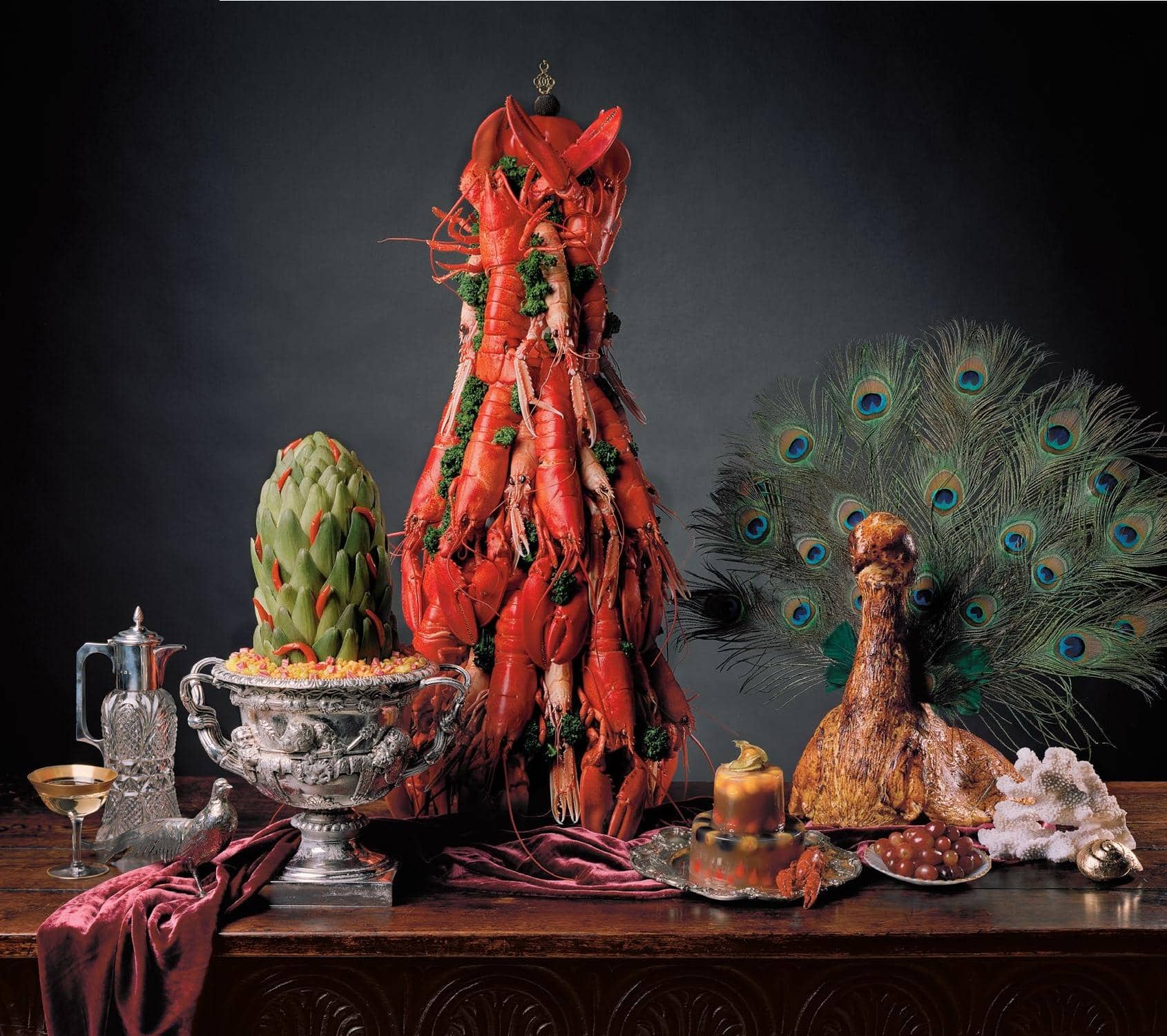 Since the days of Caligula, over-the-top banquets have been viewed as a harbinger of impending doom. So how should we interpret caterers’ recent obsession with creating lavish party spreads?

LANGOUSTINES DROOPED FROM above, their whiskers trailing like vines. Below them, the table was laden with duck potpies, caviar and great loaves of pâté; lobster tails spilling from a ceramic shell nearly as large as the one that birthed Venus; lamb chops with the bones jutting out amid cracked-open pomegranates yielding glittering ruby seeds. Some of this could be eaten — the lobster tails were replenished every few minutes, a seemingly endless supply — but what could be done with a swan built to scale out of artichoke petals, or kumquats rising to a tall, narrow peak that recalled the perilous architecture of a croquembouche?

This was less banquet than elaborate tableau, staged last spring by the New York caterer Olivier Cheng to mark the opening of the Hermès boutique in Manhattan’s meatpacking district. Extravagant food displays have become a motif at high-end fashion, design and other events in the past few years, from the pyramid of shrimp layered with roses and the three-foot-long challah surrounded by butter renditions of the face of Michelangelo’s David, created by the New York-based artist Laila Gohar for the opening of the Galeries Lafayette Champs-Élysées in Paris in March, to an event last October at Longchamp’s SoHo boutique, where the Brooklyn catering company known as BoardGirlsNY dispensed with serving ware and instead heaped food directly on the six-foot-long table, a sprawl that was at once wreckage and bounty, with macarons tilting up against raw broccoli florets, cherry tomatoes tumbling over coins of salami and giant rough-hewn cantaloupe halves daring someone to scoop out their flesh.