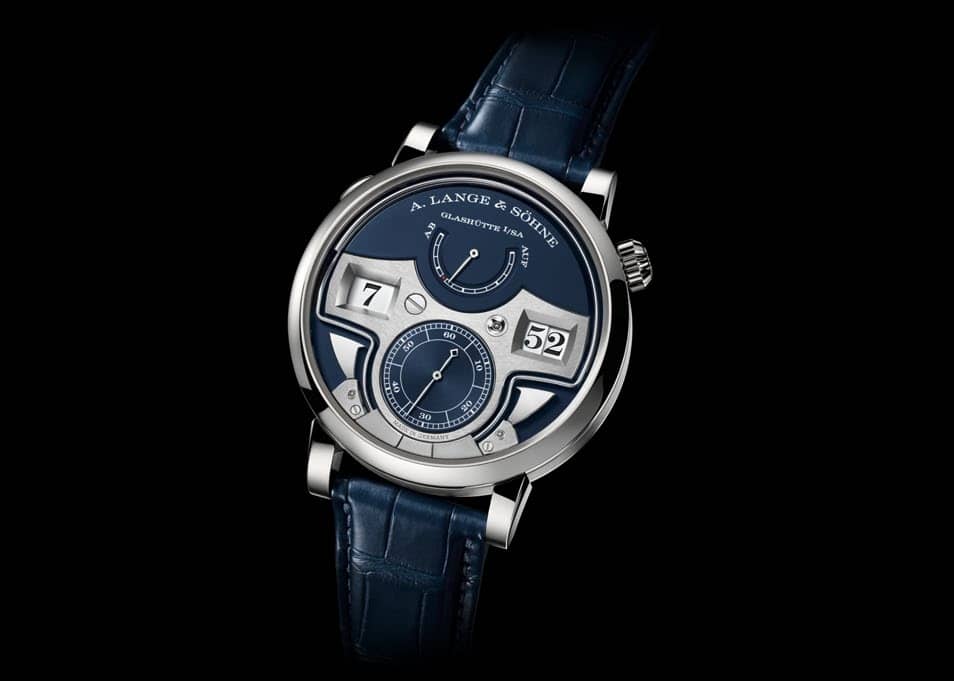 In what was supposed to be presented in the highly exclusive, rarefied confines of watch fairs, watch brands have adapted seamlessly by showcasing their new releases through virtual events or behind Zoom windows. Here are the 10 best watches of the year to connect with.

The art of crafting minute repeaters is considered to be the very pinnacle of all horological achievements. For A.Lange & Söhne, the Zeitwerk Minute Repeater certainly represents an intellectually noble accomplishment, but a symbolically important one as well. The maison’s first-ever Zeitwerk Minute Repeater wristwatch was released five years ago, born out of borrowed technology from A.Lange & Söhne’s Grand Complication (a concept watch with a making cost of over $2 million), and incorporated into the body of a Zeitwerk. Assembled with a digital time display, the watch debuted as a decimal repeater, which allows the watch to sound the hours, the minutes in tens, followed by the remaining single minutes (instead of the usual hours, quarters and minutes). In layman terms, this mechanical timepiece is created for intuitive time telling not just visually from its digital clock but aurally with a chiming mechanism that produces crisp, pleasing sounds. The Zeitwerk Minute Repeater returns this year, executed in white gold while the dial mellows down to a deep blue, highlighting the silver bridges around the time display — a sensibility on A.Lange & Söhne’s part in using non-hands time indicators. Centuries ago, watchmakers devised minute repeaters for wealthy owners to sound the time during the night. While the invention of electricity rendered such audible means obsolete, the German house continues to invest in this horological marvel as an emotional tribute to timekeeping’s past. 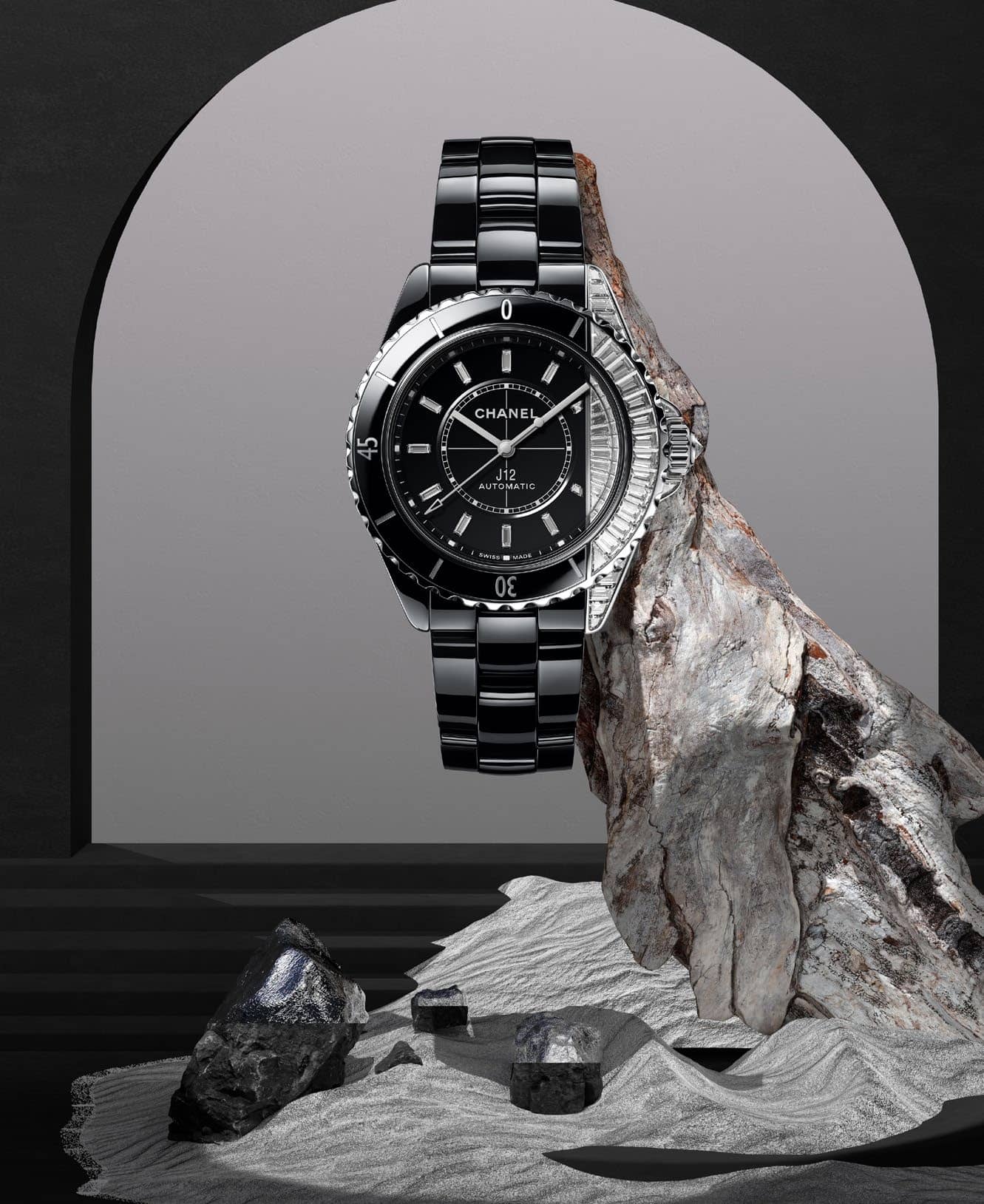 To mark the 20th anniversary of its iconic J12 watch, Chanel created the J12 Paradoxe — which could easily pass off as a digitally-doctored version of the original at first glance. It is, in fact, an enthralling take on the two-tone concept — fusing two-thirds of the case in white ceramic and the remainder in black ceramic. In 2000, the first J12 exploded onto the scene when it launched as the first entirely black ceramic timepiece. Today, it continues that pioneering streak with its provocative mixed monochrome interpretation. Arnaud Chastaingt, director of the Chanel Watch Creation Studio told The New York Times, “Her (the J12) whole life, she’s worn a black or a white dress, and I wanted to take that dress off. She’s old enough today that she can do what she wants.” In a numbered limited edition of 20 pieces, the Paradoxe Diamonds iteration dresses in high jewellery attire, combining black ceramic with white gold and baguette-cut diamonds. For a watch with merely two decades of history, the Chanel J12 has certainly proved to be ahead in modern watchmaking. 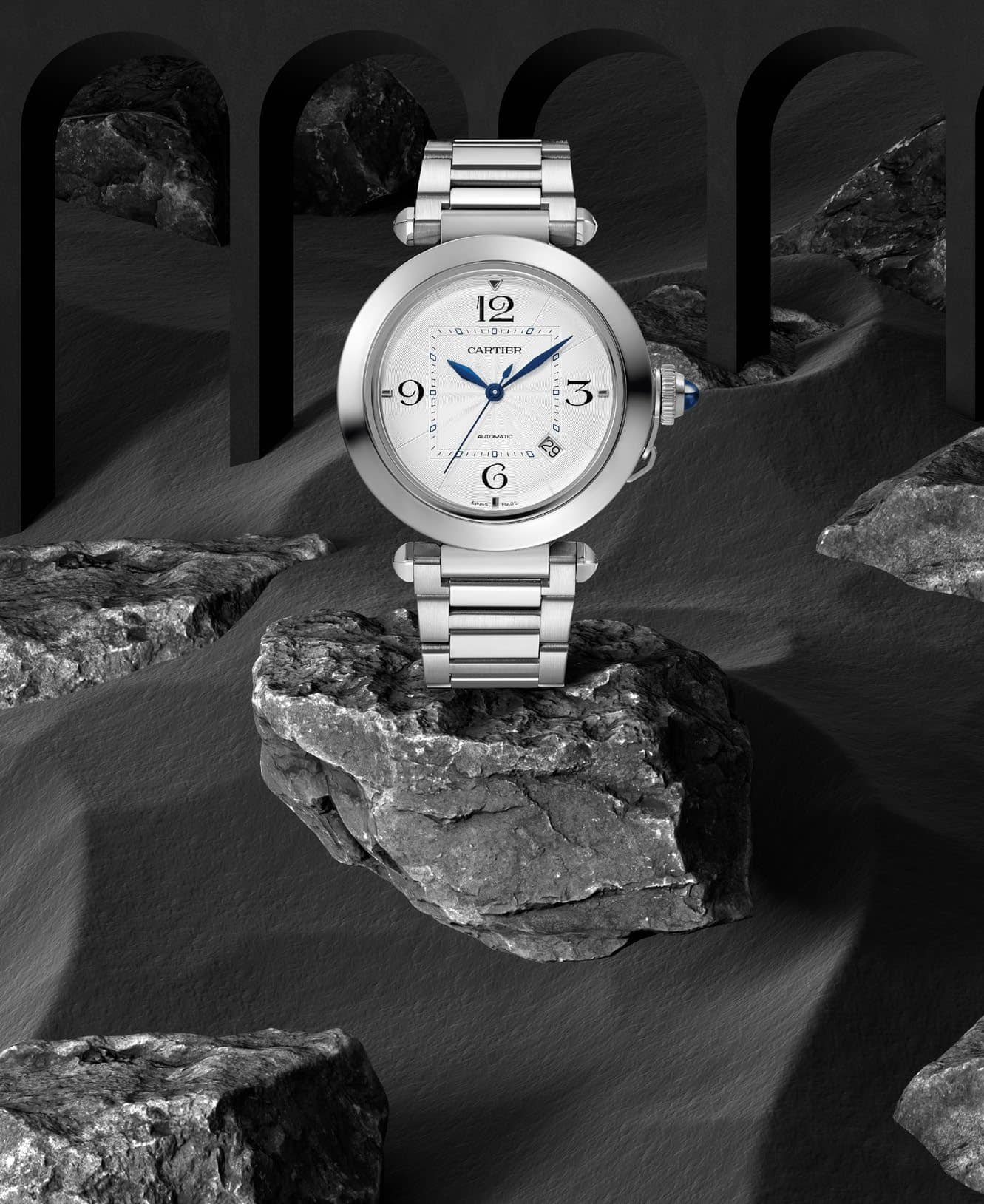 Cartier is best known for its shaped watches like the Tank and the Santos. But the Pasha de Cartier is one of its most historically important timepieces as it was created to fill a gap in the watch category that was notably lacking in the sporty department. Since its launch in 1985, the Pasha (also a title granted to high ranking officials) has had a wide array of incarnations, including ones detailed by George Cramer, author of the book “Cartier — The Gentleman’s Files.” This year, the luxury house reintroduces the Pasha, modelled closely after the original timepiece with some subtle revamping. The new Pasha consists of a full-fledged collection in stainless steel, pink gold, yellow gold (a nod to the 1985 debut model in gold) and one set in diamonds. In terms of design, the watches retains its non-conformist nature by bringing opposites together — a square filigree rail-track is found within the circle of its dial, decorated with a radial stamped guilloche. Another key design element is its screw down crown topped with a blue cabochon, now protected by a fluted crown cover with a blue sapphire. Each purchase of the new Pasha de Cartier comes with an interchangeable leather strap featuring the house’s patented QuickSwitch and SmartLink mechanisms, which essentially allow the bracelet of straps to be detached from the case with a simple push of a tab. The delicate appeal of this latest iteration truly lies in its modern technological advances despite the simple outlook of the watch, which perhaps is a reminder of the Pasha in its initial glory during simpler times. 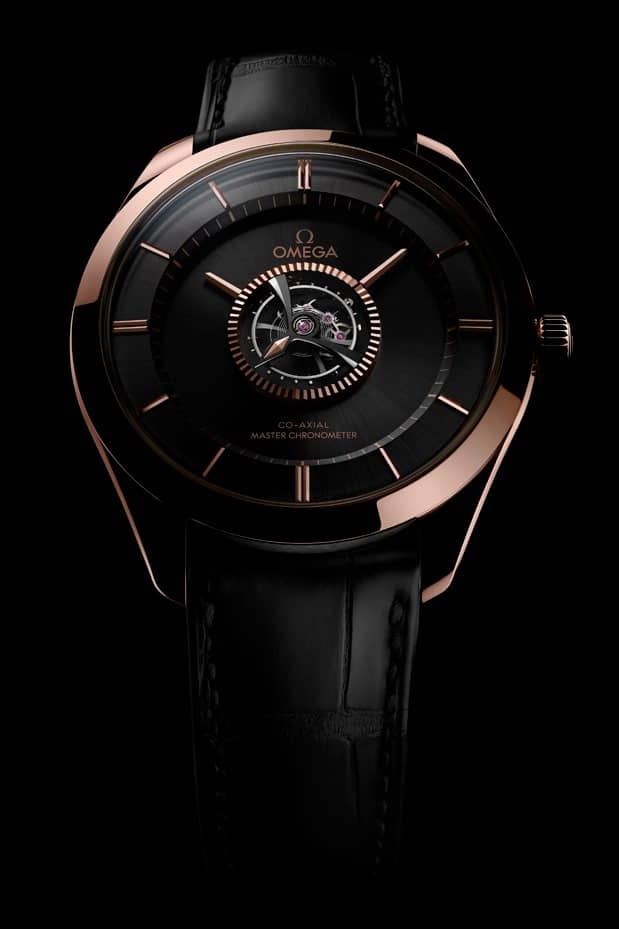