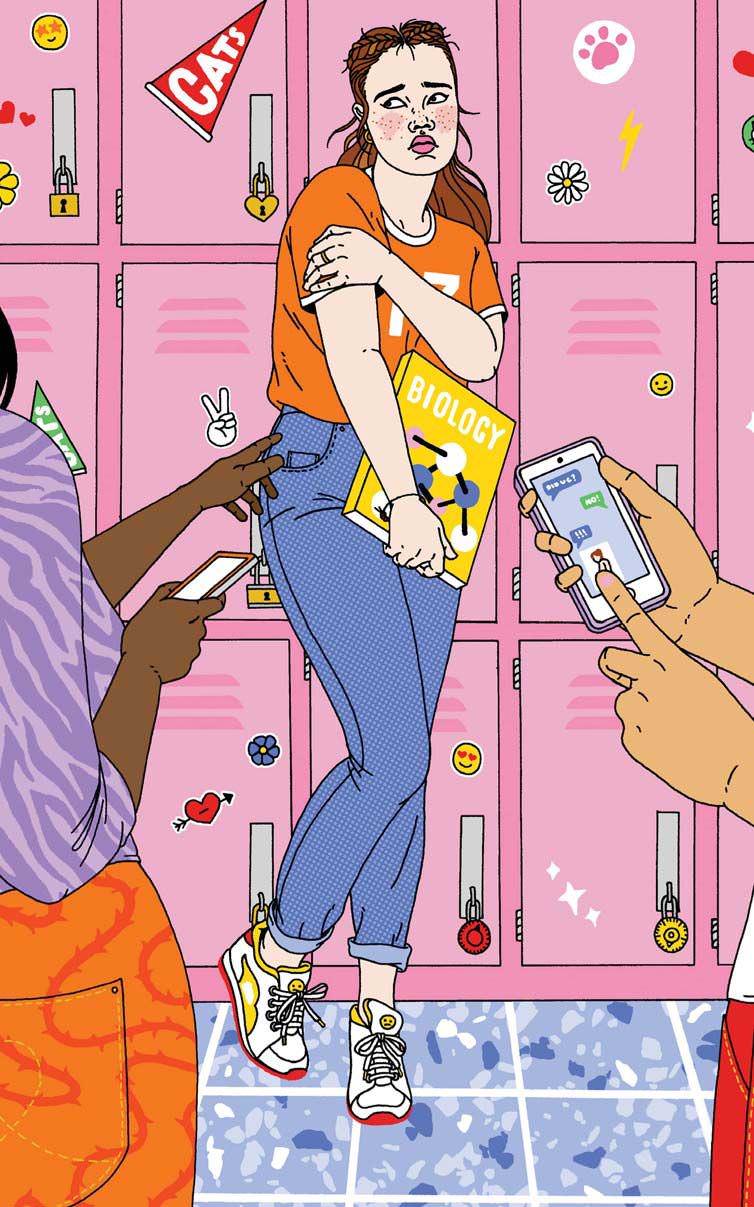 According to a study, more than two-thirds of teen girls have felt pressured to send naked photos of themselves to a crush or another boy on social media. This is what Caroline, now 21, wants you to know before hitting the arrow.

My freshman year of college, I met a guy at a party. He was a football player, and he was really hot (tall, blond hair, blue eyes) and very smart (a physics major), which made me find him even more attractive. He came off as a nice guy—I think it was his dimples, which made him look innocent—and a lot of girls were into him. The day after I met him, he followed me on Instagram. That, you could say, was the beginning of the end.

I didn’t get a lot of attention from boys in high school, so at the time, I was very insecure and naive. When the football player—someone who could have had virtually any girl— showed interest in me, I felt my self-worth increase. Second semester, we had a class together, and we exchanged numbers and started texting a lot. He would ask how my day was and acted like he genuinely cared about me. But we didn’t spend real time together. In fact, if we were at the same party, he’d talk to me for only a minute before joining his football buddies.