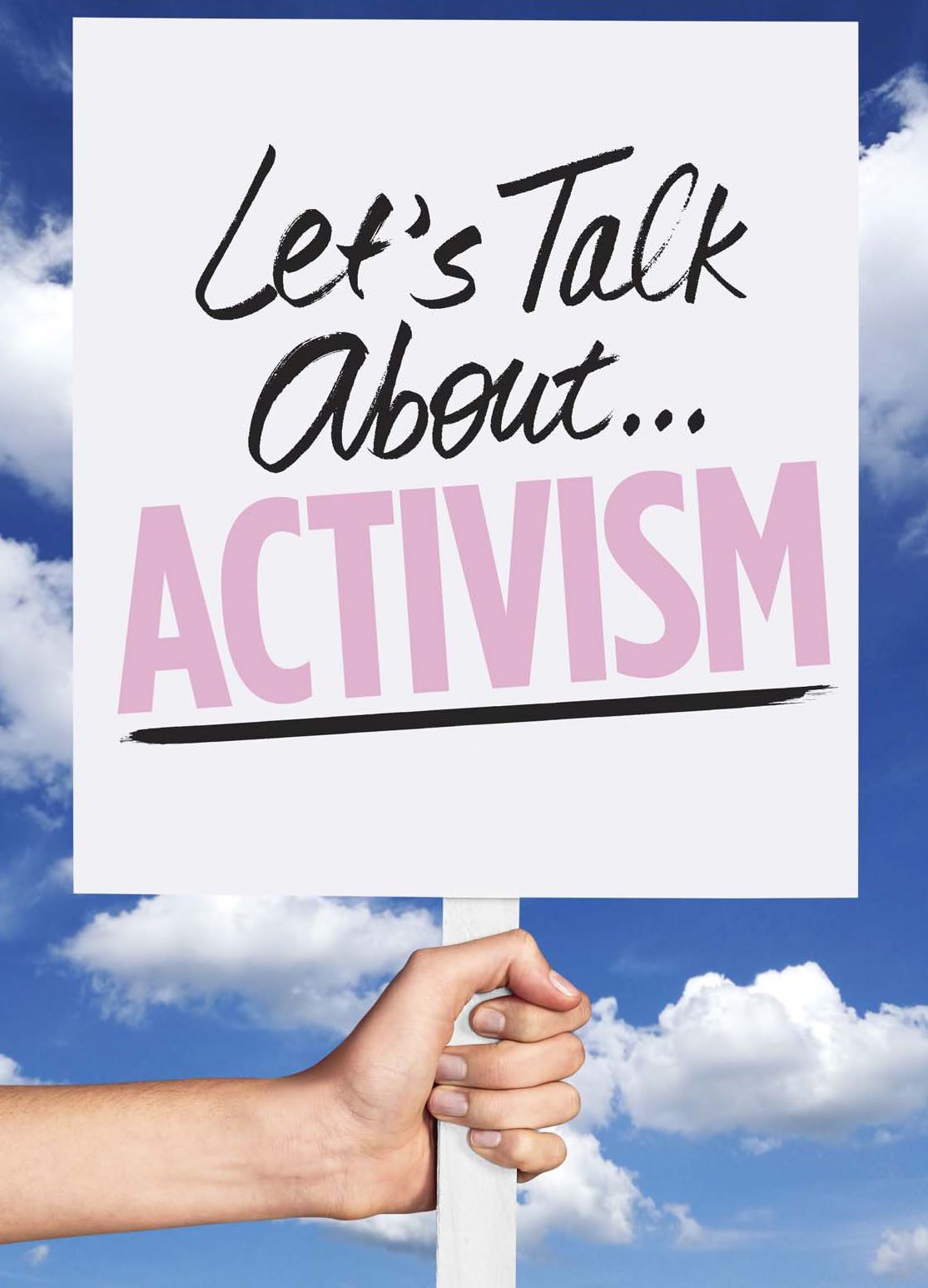 Everyone says that Gen Z is going to change the world—and you are! But there’s less open discussion about what life is like on your side of the posters, protests, and phone calls to representatives. So we brought together six girls to chat about their experiences (and challenges) and to remind you that you’re not alone.

THE ORIGIN OF TAKING UP A CAUSE

The reasons can vary: passion, photo op, your parents . . .

Karla: Before the 2016 presidential election, I wasn’t really doing anything at all. I’m Hispanic, so seeing how unfairly we’re treated keeps me going, just to fight for our rights.

Lauren: I haven’t participated in protests yet. I feel like a lot of teens don’t know what they’re actually protesting. They follow the social wave, like, “It’s cool to do this.” To some kids at my school, the March for Our Lives was just about getting out of class for 20 minutes. I’m not going to skip class to protest something I’m not passionate about.

Sydney: When the Women’s March happened here in Los Angeles, I felt like, for the most part, it was a photo op for girls to post cute pictures on social media. They treated activism as a trend, not as an actual problem you should feel genuine about.

Jade: Yeah, that happens a lot. For the 2016 election, Bernie Sanders had all these supporters on social media. Many of them went to the rallies, they said they supported things, but no one was actually voting or doing anything to bring about change.

Lauren: That’s partly why I haven’t participated—a lot of times, people are just at a protest for a day, but nothing changes after that, in the government or in communities.

Sydney: I think people forget that quality is more important than quantity. It’s great to show up at a march and show you care. But at the end of the day, calling your representatives or registering people to vote . . . that is going to make more of a difference.

Taylor: I haven’t been to protests, and I’m starting to figure out what’s right, what’s wrong, and what you should do about it. I consider myself an emerging activist. I also really enjoy writing, so I mix the two.

Yusra: I need to learn about an issue and form my opinion about it before I say anything about it. Recently, I was talking to someone who pretended they knew everything about the issue of refugees, but they didn’t know the hard facts and statistics.

Jade: People sort of jump on the bandwagon, especially with their families. Growing up, you’re like, “My parents believe this, so I’ll believe it too.” Kids don’t read up on things. But how long is too long to still be blaming your parents for your arrogance?

Lauren: I agree. They’re going to give you facts that support their opinions. Social media and the news impacts us too. I’d love to see a news source that just states facts with no opinion behind them.

If you fight for change and don’t get attention for it, does it still count?