One of l.a.’s—and instagram’s—favorite nail artists is our inspo for overcoming the odds.

In the corner of a humming Hollywood eatery, Steph Stone sips a vegan milkshake, her golden nameplate necklace peeking from behind a cropped orange sweatshirt—GIVE JUICY A CHANCE inscribed in old English font across the front. “Even before I was in the industry, I knew Los Angeles was where I wanted to be,” Stone explains of the city she calls home. Such lucidity is what you might expect from someone who landed in L.A. at 17 years old and rose to become among the most sought-after nail artists in the game. If her 250,000 Instagram followers aren’t enough evidence, her jaw-dropping list of clients speaks for itself—from Saint Laurent to Miley Cyrus, Louis Vuitton to Demi Lovato, and of course Chanel. Stone’s work ranges from pristine editorial manicures to playful designs inspired by cultural phenomena like Beavis and Butt-head or In-n-Out, but all executed with the same sky-high precision and attention to detail. Still, for someone who has made a killing by polishing all the edges (literally), when she’s off set, the 28-year-old Stone isn’t about shiny veneers. Her path to career domination has been lined with struggle, heartbreak, and loss, which, to this self made woman, has only meant plenty of opportunities to learn exactly who she is and what is actually worth a damn.

A daughter of Christian missionaries, Stone grew accustomed to moving around at a young age. Her parents finally settled the family in Oahu, Hawaii, but it wasn’t all tanning oil and beach bonfires. “I had a hard time adjusting and was extremely depressed,” she recalls. “There’s something about these paradise towns that’s really isolating; people can’t understand why you’d be sad there, so you carry this shame about not being happy.” 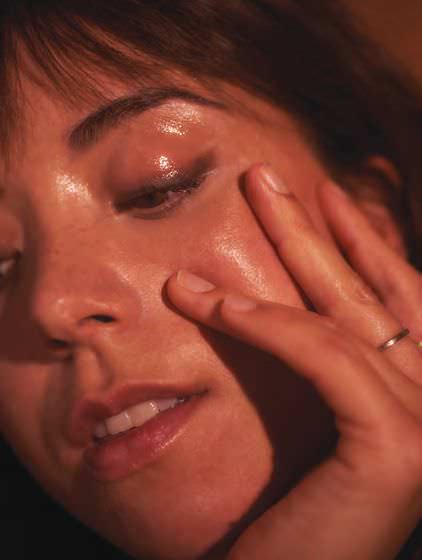