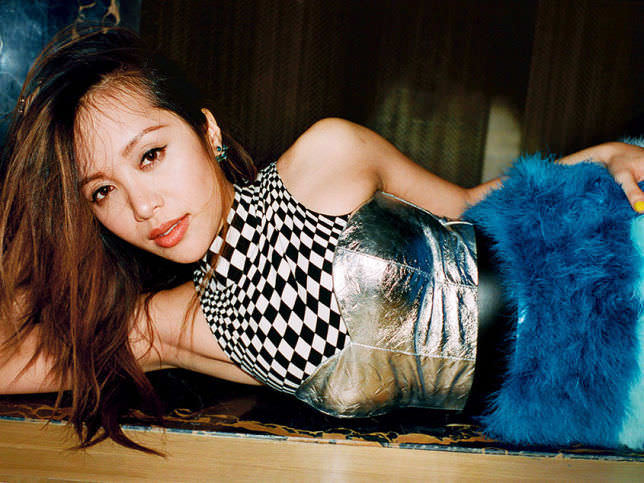 From bedroom blogger to media mogul, Michelle Phan is not only on fleek - girl is on fire.

“I forgot to feed Frankie,” Michelle Phan says softly. She reaches for a plastic cup filled with water and pours it over the light green succulent. We’re in her office at the Santa Monica-based ipsy Open Studios, not to be confused with ipsy, a beauty subscription service that the popular vlogger started in 2011. The service sends a “Glam Bag” with lip lacquer, perfume, eyeliner crayons, gel brow pencils, and other goodies to your mailbox for $10 a month, and donates unsold items to charities like Dress for Success, which provides interview suits and career development to low-income women, and The Feel Beautiful Movement, which gifts beauty products to young girls with serious illnesses. In March of last year, she launched ICON, a network devoted to beauty, lifestyle, and entertainment, online and on television via Roku. A few months later came the aforementioned Open Studios, a platform that offers tools and mentorship—along with actual studio space and production resources—to future YouTube stars.

When asked if there’s anything she hasn’t done but would like to, her answer is, to say the least, unexpected: “I really want to try ayahuasca. I’ve never done any drugs, but I have been doing a lot of research on the third eye and DMT lately. I’m very interested in it.” She pauses, running her hands over goose-bumped arms, then adds, “I hope my mom doesn’t read this. I’m not a druggie. Look at all I’ve built so far!”

She’s speaking figuratively, of course, but brick-and-mortar evidence of Phan’s online empire is all around us. There’s no question this glossy office belongs to a woman whose company was recently valued at $500 million. But it’s also clear that Phan hasn’t lost sight of what got her here. On a white armoire sits a handcrafted sign with the message: “Dream big, sparkle more, and shine bright.” Next to it is another decorative sign with a singular dream in gold lettering. The word seems to serve as the workspace’s mantra. 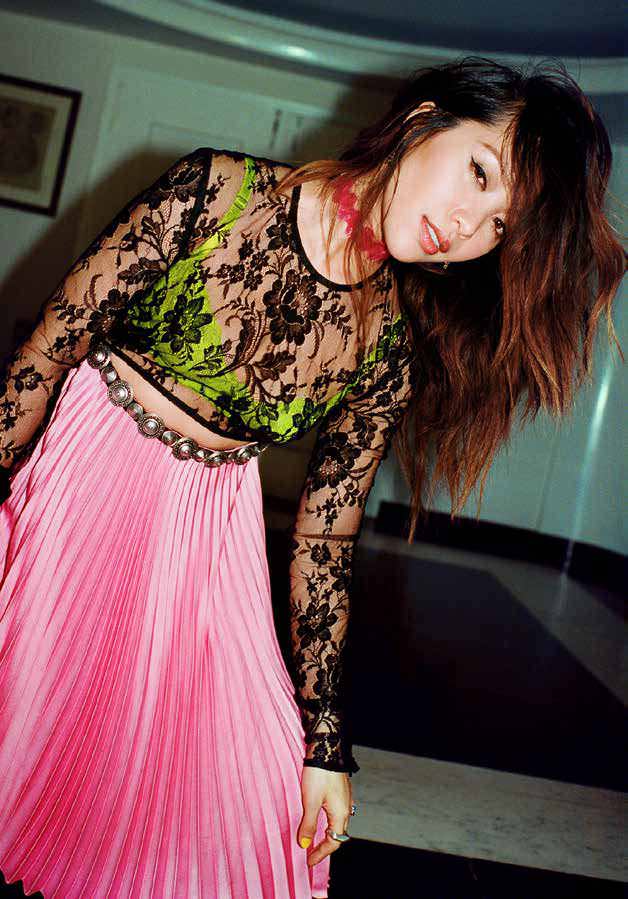 Meanwhile, a glob-like egg-shaped toy named Gudetama—the latest character from lifestyle brand Sanrio—dances to the atmospheric music of Japanese artist Zion as Phan outlines her latest project: a digital comic book based on a story she wrote when she was 11 called “The Enchantress.” It’s about a young girl who uses sound and music to fight off evildoers and is set for release in a few weeks. She scrolls down on her laptop and points excitedly to the screen—“Look, it’s a shooting star!” she says. Her face brightens as she tugs on her matching Gudetama hoodie—not just from the celestial animation, but also from the lavender candle she’s just ignited. It’s one of her favorite scents, due to its soothing nature. 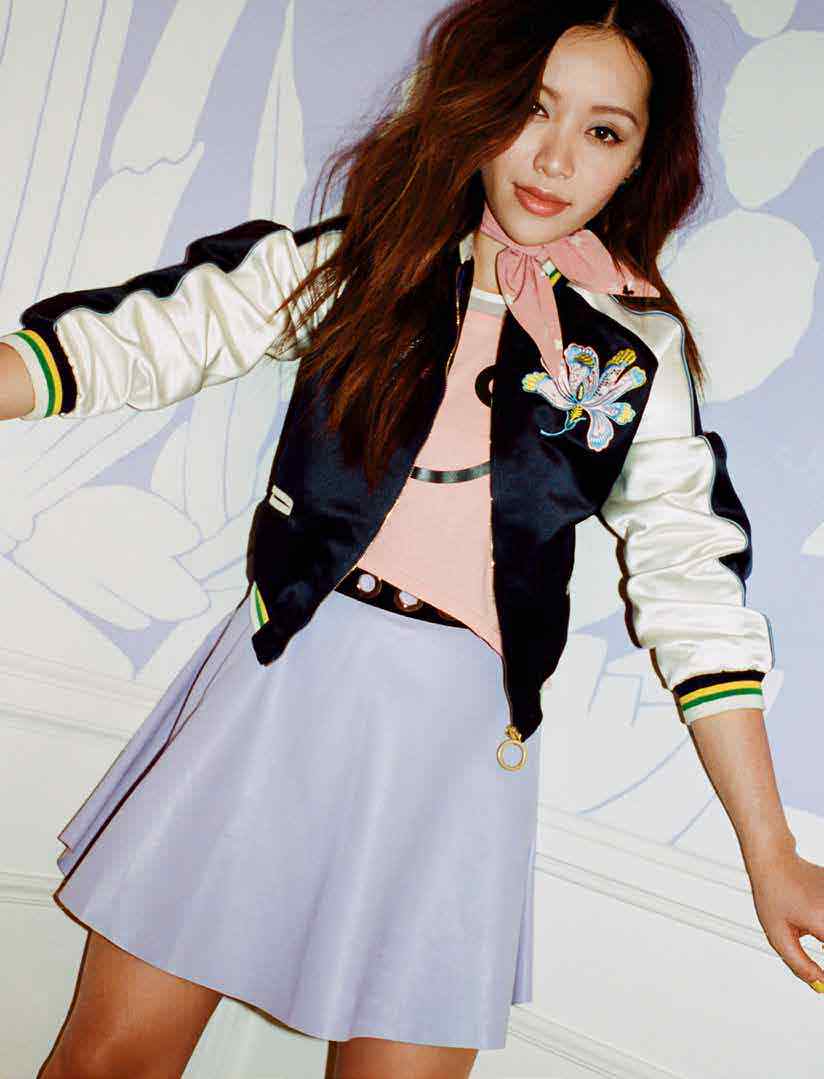 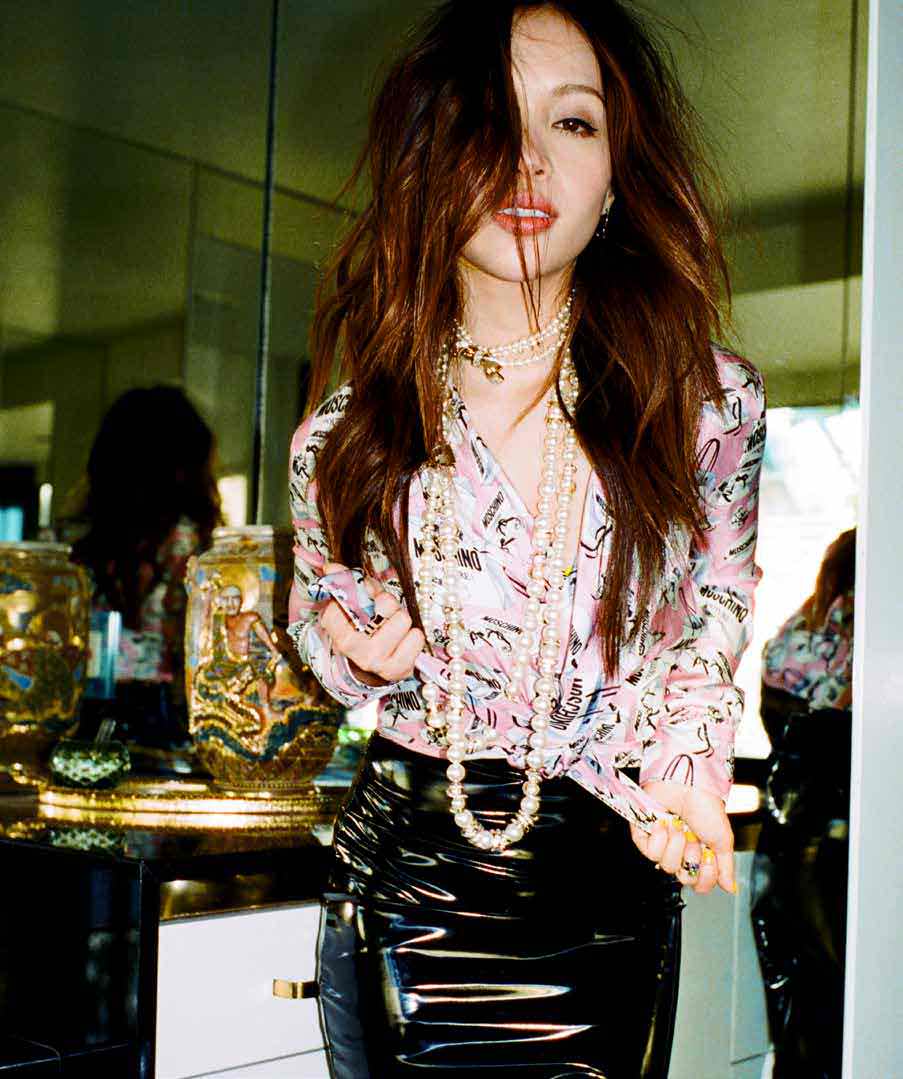 Shy and slightly jet-lagged, Phan apologizes that her computer’s desktop is disorganized. “This is so embarrassing!” she says, giggling. She bites her lightly glossed lips and runs her hand through her perfectly coiffed hair. “Sometimes I go to work with no makeup because I don’t care. I don’t need to put those expectations on my life. I want people to see that I’m not perfect, but I can always show girls how to look perfect. It’s an illusion anyone can create.” And it’s one that has brought her great renown: Her Barbie transformation tutorial has racked up more than 63 million views alone. Her Lady Gaga-inspired videos have nearly as many.

The 28-year-old explains that she’s an INFJ on the Myers-Briggs Type Indicator: an introverted, intuitive, feeling, and judging woman. But she claims that she’s trained herself to be an extrovert. “If you believe in spirit animals, my spirit animal is a cat,” she says. “Cats like to test things, but they are totally OK with being alone in their own little world. I embrace the loneliness.”

Her Vietnamese name, Tuyet Bang, translates to “avalanche.” Her father believed that when an accumulation of snow begins to move, the force is unstoppable. The name is apt, as Phan is now a global girl-power makeup guru and new-media mogul with over eight million YouTube subscribers. Call her the Oprah or Martha Stewart of her generation—there’s no question she knows how to target and connect with her young female audience.