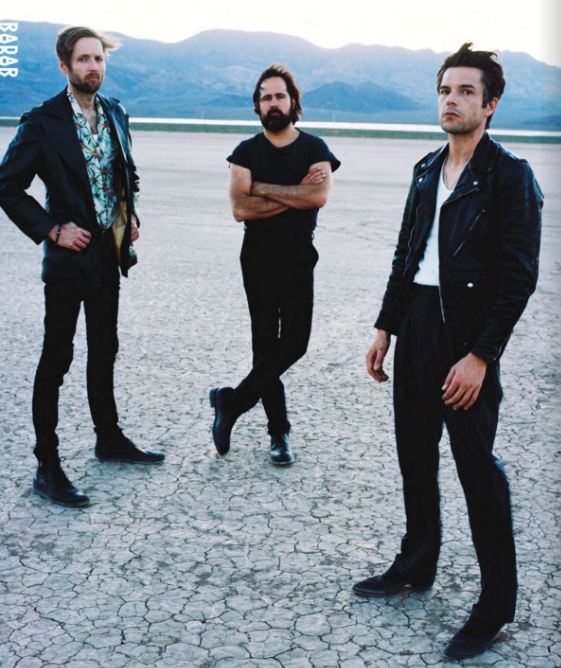 “How did I get here?” It’s the question that singer-keyboardist Brandon Flowers found himself asking while working on the most tender moments of Wonderful Wonderful, The Killers’ fifth full-length, released late last month. For answers, he went back to the beginning, dissecting the snotty, swaggering 21-year-old he was when the band started working on its hit-filled debut, Hot Fuss. He channeled that character for Wonderful Wonderful ’s first single, “The Man.” “I’ve got gas in the tank/ I’ve got money in the bank/ I’ve got news for you, baby: You’re looking at the man,” he sings sarcastically over a late-night disco beat.

“When we first started, I was really insecure,” Flowers says, sitting with drummer Ronnie Vannucci Jr. in a hotel room in New York City’s SoHo neighborhood. “I was performing. It wasn’t really me. I did feel like I was God’s gift,” he admits, laughing. “When you’re growing up, you have this perception of what it is to be a man. It usually revolves around being tough, and bringing home the bacon, and being suave. And what I’ve come to find is that to be a real man you have to have a lot more empathy and compassion.” The single attempts to reconcile those realizations, though its humor makes it an outlier on the pointedly mature album.