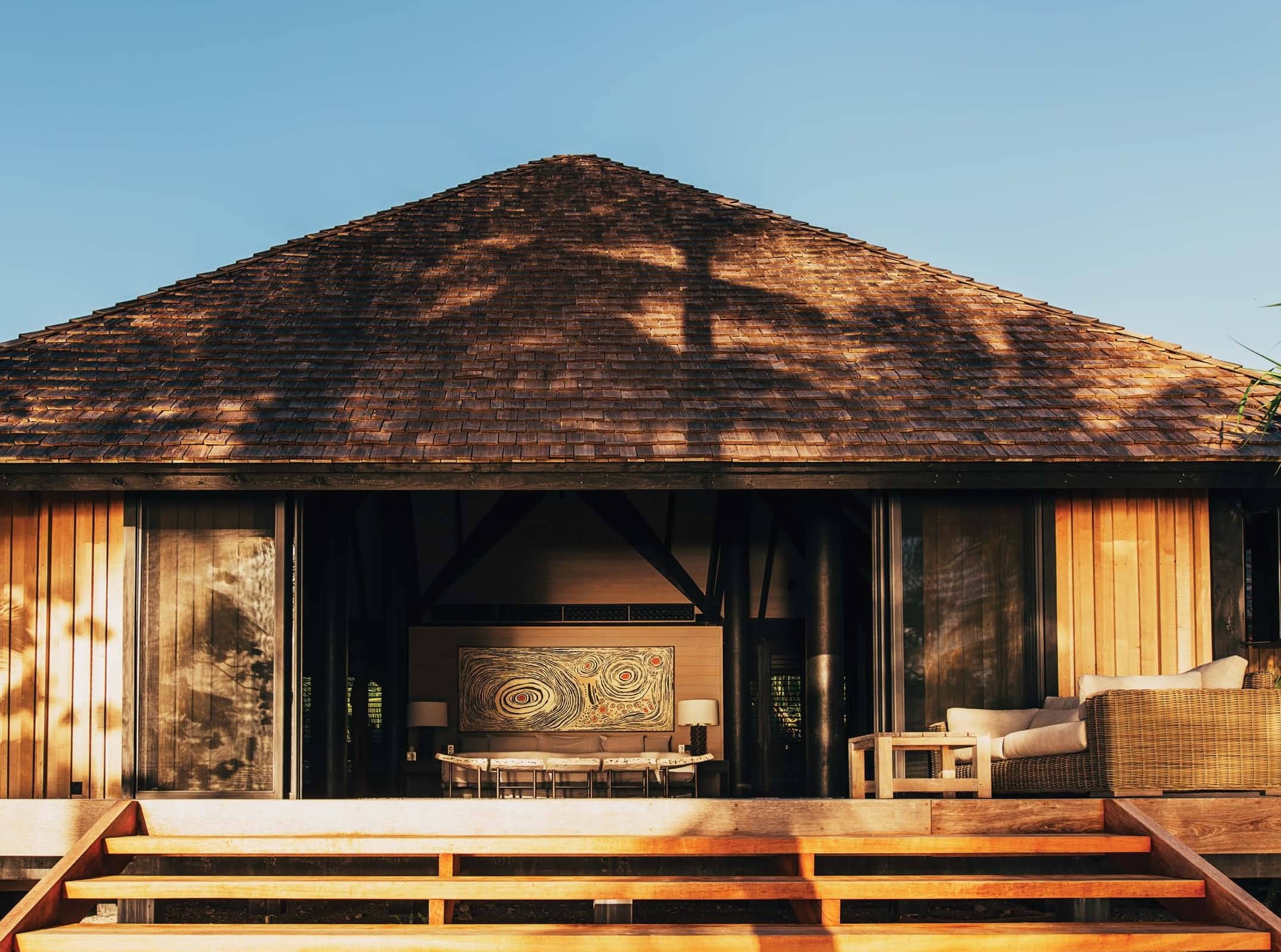 Once upon a time, Guy Laliberté was a street performer, playing the accordion and walking on stilts for whatever passersby would throw into his hat. Then in 1984, he co-founded Cirque du Soleil as a one-year project with the help of a contract from the Canadian government. These days, he’s worth a cool $1.1 billion according to Forbes. And when he’s not playing in high-stakes poker tournaments or floating in space—literally; Laliberté traveled to the International Space Station in 2009—he likes to relax somewhere really remote.

He reportedly spent 10 years searching for the perfect escape before settling on a private atoll called Nukutepipi in the outer reaches of French Polynesia in 2007, noted for its pristine natural beauty, complete with a “primary forest” that’s home to rare species, as well as a white sand beach and a protected lagoon with a flourishing coral reef. He then spent another 10 years turning it into the ultimate eco-retreat, with architecture designed to make the most of the incredible setting yet never infringing on the immaculate natural surroundings. “Wood, stone, water and light come together in a harmonious ode to nature,” as the property’s website puts it.