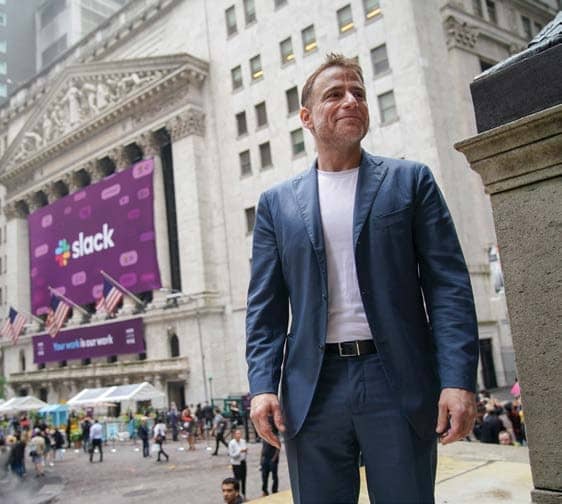 In 1989, while working at the research organization CERN, British scientist Tim Berners-Lee developed the World Wide Web as a way of simplifying the transfer of information and data between scientists located at universities and institutes around the world. Even he couldn’t have possibly imagined that this tool would go on to impact practically every aspect of human existence in the 21st century, with the majority of its usage for purposes that aren’t scientific in the least.

It’s in this tradition of indirect discovery and creation that Slack cofounder and CEO Stewart Butterfield has achieved massive success, both from an impact and a monetary perspective. After all, Slack recently went public with a valuation north of $16 billion. This comes after his 2005 sale of Flickr, a photo management and sharing application that was purchased by Yahoo for an estimated $22–$25 million. One might assume that Butterfield is another tech-savvy genius from Silicon Valley, but just like his successful ventures, his path has been a nontraditional one.

Born and raised in Canada, Butterfield began coding on his family’s computer as a child, even designing websites in college for clients, but he wasn’t the traditional computer science student. In fact, in 1996 he earned his BA from the University of Victoria in philosophy. He went on to the prestigious University of Cambridge, where he received his master’s degree in—you guessed it—philosophy. With no degree in computer science, nor business administration, his education seemed to set him up for a job in academia, not Silicon Valley.