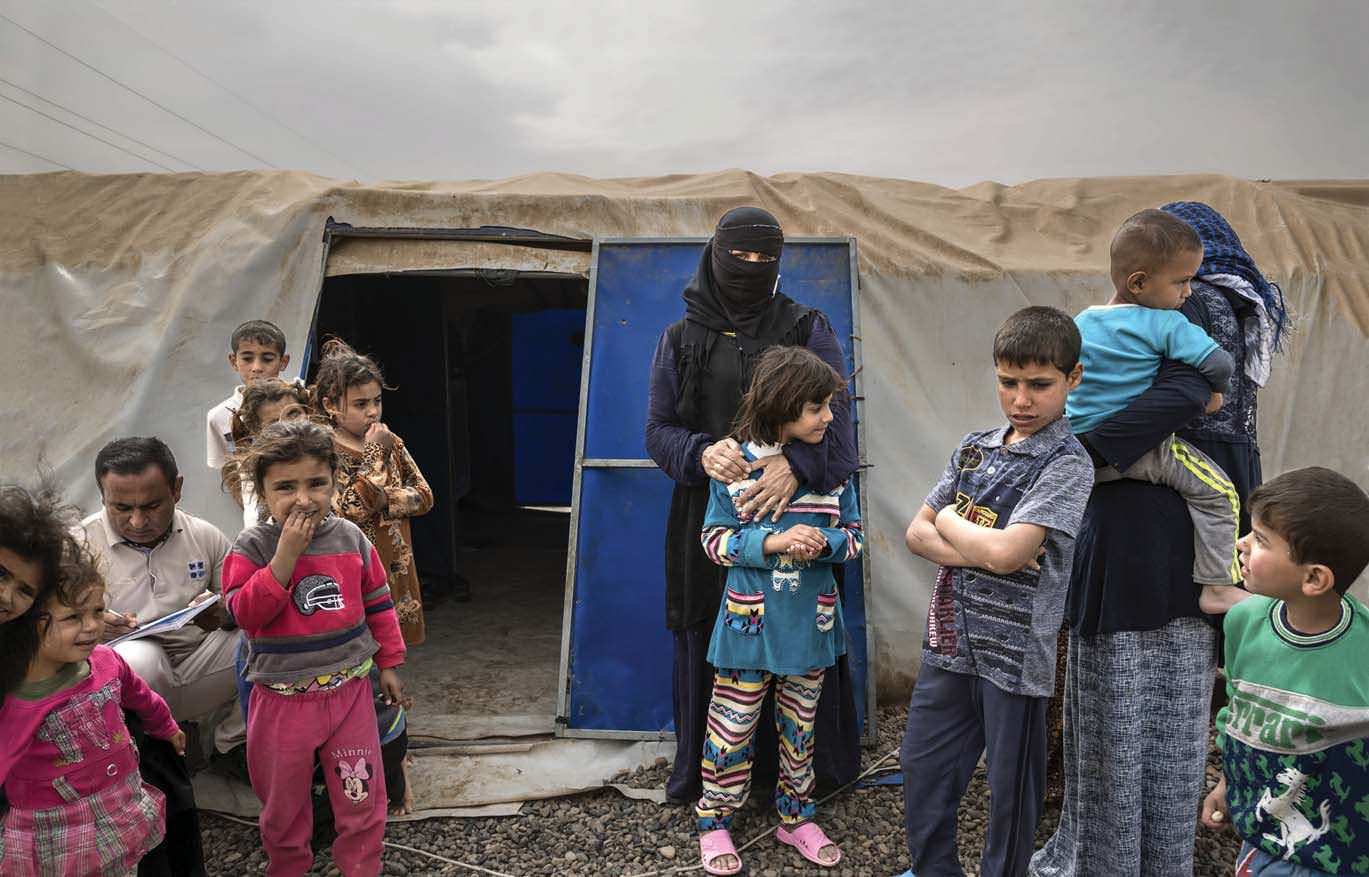 Now That The Islamic State Has Lost Its Militant Grip On Iraq, What Will Become Of The Women Being Punished For Their Husbands’ Crimes?

Late at night, when the wind whips between the rows of sand-caked tents in a detention camp about three hours north of Baghdad, Umm Ahmed’s mind drifts to the orange tree that once stood in the courtyard of her former home in Mosul, then Iraq’s second largest city. There, in her mind, she hears her husband, Ali, cracking jokes as her children eat lunch. If only for a moment, she’s at peace. But for Umm Ahmed—who, for fear of retribution, asked to be identified only as umm, the Arabic word for mother, and Ahmed, the first name of her 14-year-old son—the memory is fleeting.

Umm Ahmed is accused of being the widow of an Islamic State supporter. There has been no trial. She says Ali was a nurse given an impossible choice: pledge allegiance to ISIS or die. As head of the household, her husband of 16 years held the decision-making power; Umm Ahmed says she had no voice in the outcome. Ali chose life, vowing to serve ISIS, though his service wouldn’t last long.

He died in what was likely an air strike or heavy artillery fire, along with two of her five sons, Haresh and Ayman, in early June 2017, during the United States–backed offensive to drive ISIS fighters out of Mosul. One moment Umm Ahmed was washing her face, and the next she was frantically digging through rubble for her family. “I will never forget that moment,” she says. “How can I?” 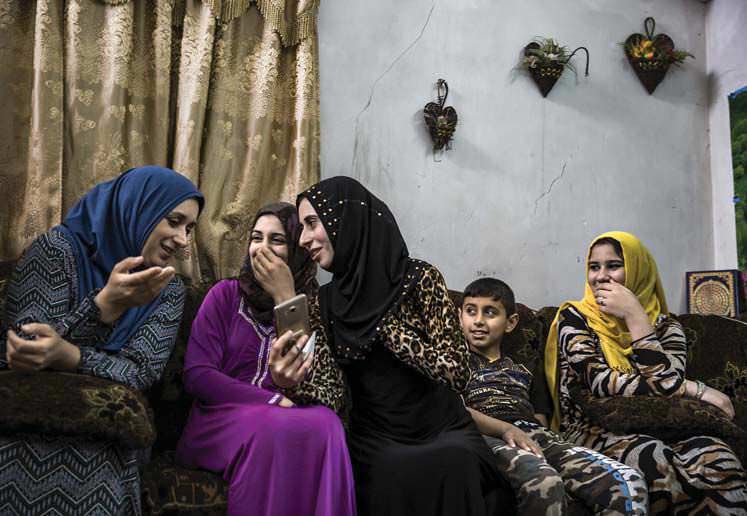 Now Umm Ahmed lives with her three surviving sons, two daughters, and nine other family members in a detention camp called al-Shahama, near Tikrit in central Iraq. She’s essentially a prisoner, as she has been since Iraqi security sent her to the camp shortly after Ali was killed.

When U.S.-backed Iraqi forces declared victory over ISIS in July 2017, there was celebration the world over. But what came next was far from black-and-white: Who gets punished for alleged ISIS ties and crimes, and who goes free? Iraqi security forces, militias, and tribal leaders have detained and forcibly relocated thousands of people in an attempt, they say, to root out extremists. Among those rounded up have been Iraqi women and foreigners from Syria, Turkey, Germany, France, and the U.S., according to sources in Baghdad familiar with detainees. (The U.S. State Department would not confirm U.S. citizens are imprisoned.)

As Iraq tries to rebuild, women in former ISIS-held cities are relishing their newfound freedom. They’re graduating from college, wearing bright colors, and reclaiming lost time. But women accused of ISIS affiliation say they’re being collectively punished for the crimes of violent men who “only brought destruction,” as Umm Ahmed puts it. For these women, being branded an ISIS wife, or even the distant cousin of an ISIS fighter, means they’re social pariahs, often denied medical attention, government identification cards, birth and marriage records necessary to cross checkpoints and access state services, and, most distressingly, the right to return home.

ISIS MILITANTS STORMED MOSUL IN JUNE 2014, riding in from Syria in pickup trucks. They took control of the city with ease, seizing weapons and declaring Mosul part of their “caliphate,” what they said was a true Islamic State. After decades of war, bitter divisions, and distrust of the government, many residents welcomed the takeover as the lesser evil, finding hope in the militants’ promise: a better life, rule of law, a place where Sunni Muslims could live without fear.

But the group’s brutality consumed Mosul. Women no longer had a choice in what they wore. ISIS forced them to wear black abayas and veils covering the face and eyes. Cigarettes and alcohol were banned; so were music, cell phones, and the commingling of men and women. Those who disobeyed faced whippings, hefty fines, detention, and even execution—often in public rituals designed to terrify others into submission. Families sheltered children inside, fearing they’d be recruited.