The Beauty Of Bumble 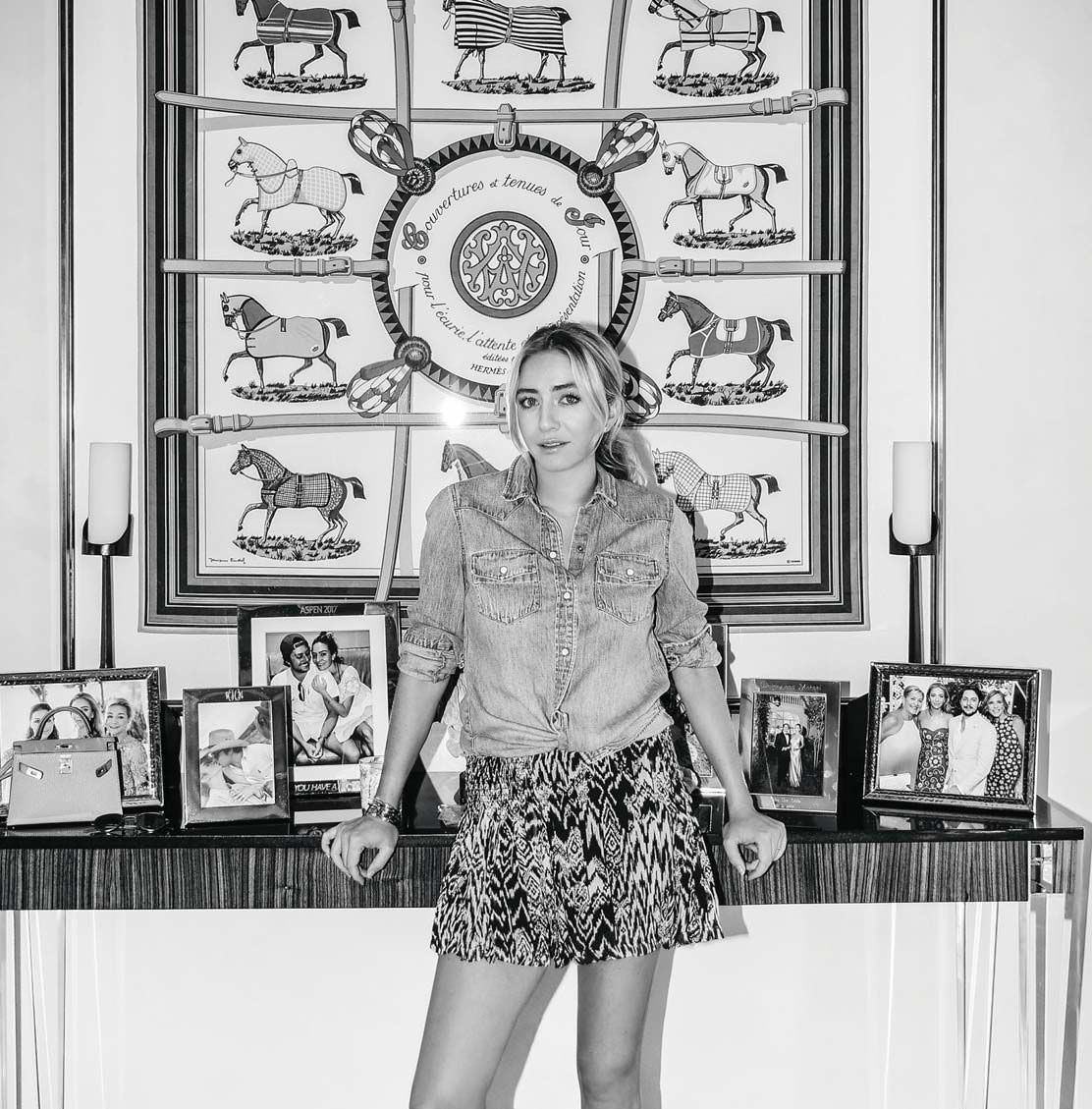 Whitney Wolfe Herd’S Empire Of Female Empowerment Is Branching Out Beyond The World Of Dating Apps. Up Next? A Skincare Line—And An Ambitious Campaign To End Misogyny

Daphne Beal
AT THE END OF EVERY WORKWEEK BUMBLE FOUNDER AND CEO WHITNEY WOLFE HERD likes to slow things down for her team. Often this means staying at HQ—a playful mid-century-style pad of many yellows and hexagonal motifs—to treat the now-60-person team based in Austin, Texas, to manicures in the designated Glam Room (which doubles as a nursing haven for new moms). But today she takes them to the local Alamo Drafthouse Cinema to see RBG, the recently released documentary about iconic Supreme Court Justice Ruth Bader Ginsburg. The group of staffers, mostly women, fills seats around Wolfe Herd; the theater, with its menu of food and cocktails, provides a giddy sense of playing hooky rather than one of required reading. Betty Boop for President, a slyly subversive black-and-white cartoon, plays before the documentary. The two films are an appropriate combo for this gang: Bumble is nothing if not woman-centric, and its notions of womanhood intertwine strands of the cute with the noble, the ambitious with the decorous, and the feminine with the feminist.

A plate of chicken tenders on her lap, Wolfe Herd visibly relaxes when the lights go down. Watching the film, she seems to give herself over to not being Whitney Wolfe Herd, tech-startup mogul. For the first time all day, she’s just a 29-year-old at the movies.

Teetering between these two worlds has its price. Earlier in the day, soon after we meet, Wolfe Herd breezily says she feels dizzy. “Does that ever happen to you? I think it’s anxiety. I have so much. Yesterday, I cried for 20 minutes in my kitchen. Why is that?” Wolfe Herd says she used to try to hide her anxiety, but “if people look at me and think I’ve got it all together, why not tell the truth?”