We Love Lucy
From a star-making turn in Bohemian Rhapsody to a leading role in sassy new Netflix show The Politician, Lucy Boynton is ready for her close-up. Here, she tells Jane Mulkerrins about her life-changing year.
When Bohemian Rhapsody star Rami Malek closed his Best Actor acceptance speech at this year’s Oscars with a declaration of love for his co-star and girlfriend, no one was more surprised than the woman herself. ‘Lucy Boynton, you’re the heart of this film,’ he gushed. ‘You are beyond immensely talented. You have captured my heart.’

As anyone who has seen the phenomenally successful Queen biopic will attest, Malek is correct on both counts – because, while he might have had the glory of the lead role, Boynton’s portrayal of Freddie Mercury’s muse Mary Austin undoubtedly steals the show. If the 25-year-old American-English actress had been hoping for a quiet night at the Oscars, she would have been disappointed; by the end of the evening, several hundred million viewers in over 225 countries knew her name.

‘He specifically told me he wasn’t going to [mention me]!’ laughs Boynton when we meet in the lobby of the hip Manhattan hotel where she’s currently living with Malek. ‘Sitting front row, right in front of him, it felt like a very personal exchange. And then he walks offstage and there’s applause, and you suddenly realise you’ve shared it not only with an auditorium of people, but everyone watching on TV. I didn’t clock until everyone kept asking me about it. I’d be, like, “None of your business, you weren’t there. Oh, OK, you did see it, yes.”’

I bring it up not just because it feels like a significant moment in her flourishing career so far, but because, with any luck, it will be the last time Boynton plays ‘the girlfriend’ – on or offscreen. This autumn sees her take centre stage with her first leading TV role in The Politician, the latest razor-sharp comedy drama series from Ryan Murphy (cult creator of American Crime Story, Feud and Pose). In another scene-stealing performance, Boynton plays Astrid, a Machiavellian high schooler with a wardrobe to die for.

When I first met Boynton a year ago, we talked at length about Mary Austin’s ‘evolved’ relationship with Freddie Mercury, since she remained his close friend and muse long after their romance ended and he embraced his true sexuality (albeit never formally coming out). So, it’s interesting that The Politician – in which Murphy and his co-creator Brad Falchuck (AKA Mr Gwyneth Paltrow) have transplanted narratives surrounding presidential elections and debates about wealth, power, entitlement and privilege into a darkly comic high-school drama – neatly takes the topic of sexual fluidity and non-conformity to a contemporary (if somewhat utopian) place. 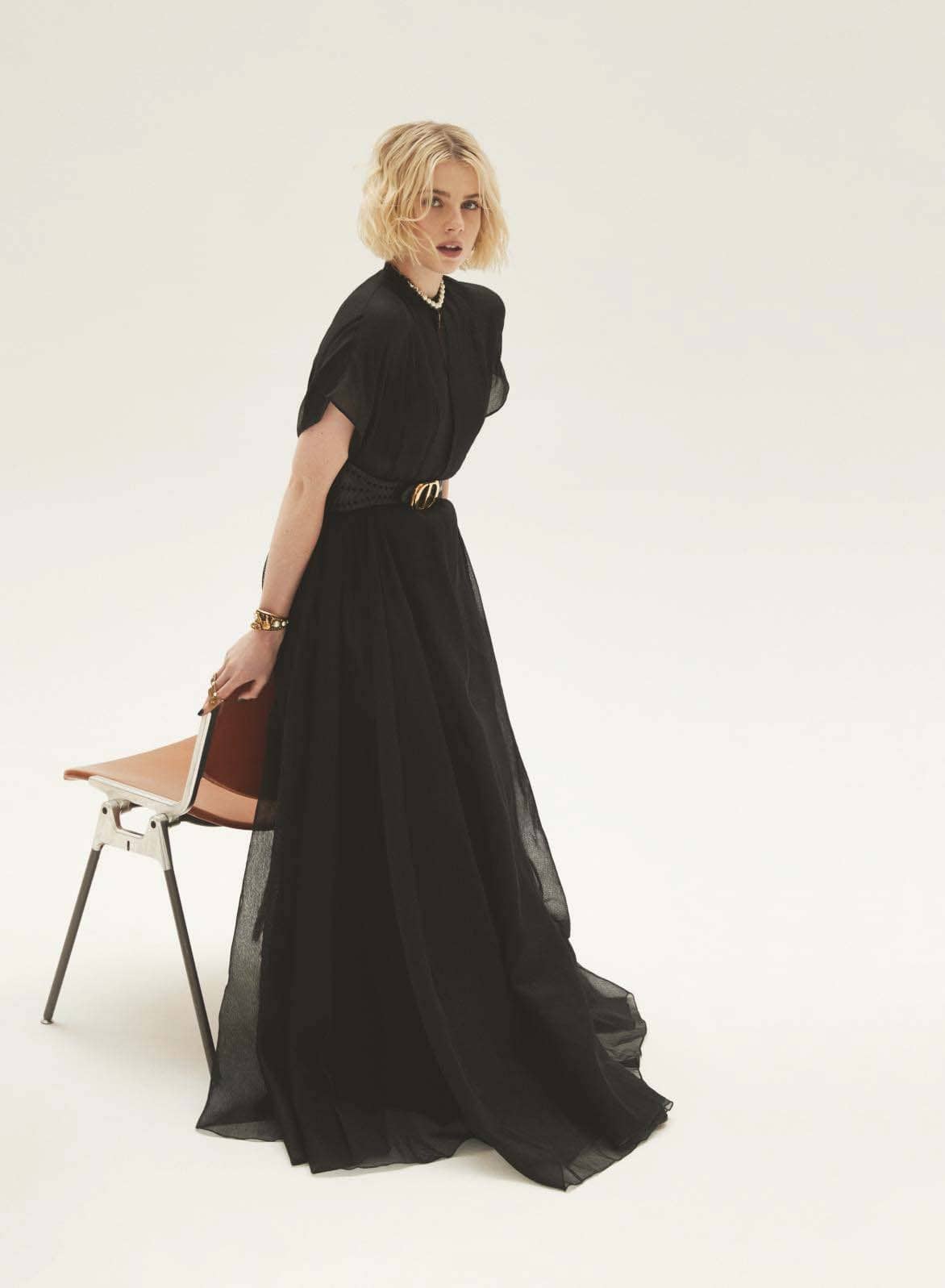