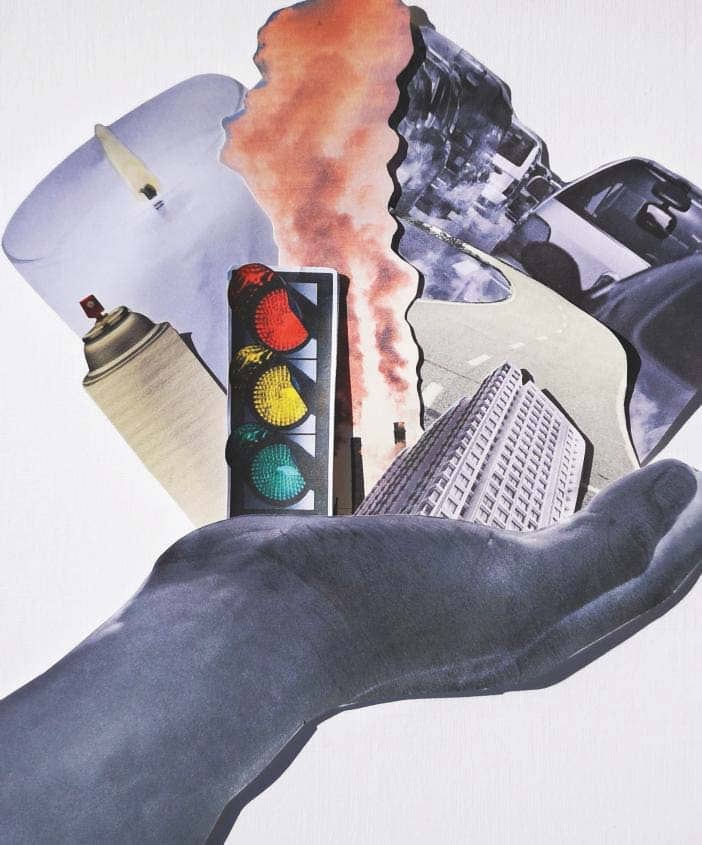 From your daily commute to your wood-burning stove, you’re unwittingly inhaling a variety of toxic substances. But you can take action to reduce their impact, reveals Claire Thorp.

When it comes to our health, there are plenty of things where we have a choice – what we eat, how much we exercise and whether we smoke, drink or take drugs. Most of us, though, don’t have a choice about the air we breathe and the hidden toxins in our surroundings.

A cocktail of pollutants, including carbon monoxide, sulphur dioxide, nitrogen oxides and other chemical vapours, can originate from such things as traffic fumes to household products, and even scented candles. ‘Pollution is without doubt a major public health concern,’ says Dr Audrey de Nazelle, a lecturer in air pollution management at Imperial College London.

She cites the connection between rising pollution levels and related asthma and bronchial problems, and has identified robust evidence linking poor air quality to an increased risk of lung cancer and heart disease. But there are simple steps you can take from today to limit the damage. Here’s how.

According to a report by the World Health Organisation (WHO), 47 UK towns and cities exceed air pollution limits, including Manchester, Plymouth, London and Swansea. Surprisingly, even towns set in picturesque countryside, such as Chepstow in Monmouthshire and Royal Leamington Spa, have dirtier air than London.

What you can do

Take a side street: A 2017 study by King’s College London revealed that walking in quieter streets (traffic wise) can reduce average exposure to air pollution by 53 per cent. When using a busy road, stay as far away from the traffic as possible and don’t stand near traffic lights, as cars emit more fumes when they’re pulling away.

Use an app: Air pollution apps give you a real-time map of air quality in your area, down to street-level accuracy. AirVisual combines data from satellite imagery, government agencies and crowd-sourced information to help users track air pollution.