Jamie Dornan: 'The Idea Of Being Single Makes Me Sweat' 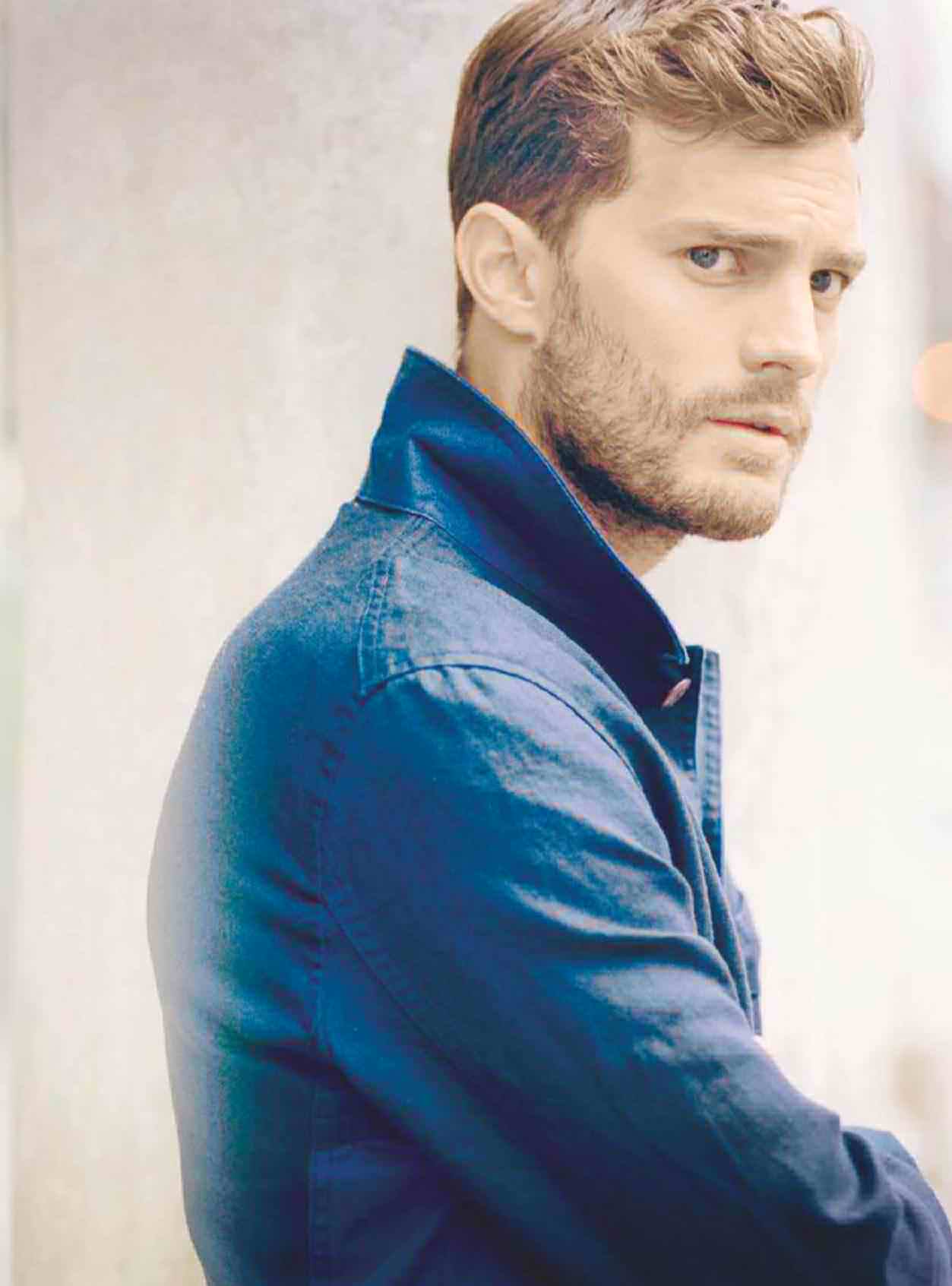 Jamie Dornan doesn’t get gyms. ‘I was looking into one of those ones that you can see into from everywhere,’ he says. ‘And there was just this long line of people on treadmills. I thought, “What a weird species we are. Just like mice in a wheel, it’s absolutely no different”.’ I wonder for a moment if the people on the treadmills noticed Jamie Dornan standing in the shopping centre looking in at them through the glass. It could be quite a good bit of motivation, I think; a human incentive to turn up the speed setting. Dornan himself hates the idea of being stuck on a treadmill. ‘I’d much rather be out and about, Rocky IV style, lifting some trees and shit.’

We’re a divided nation in so many ways, but the physical beauty of Jamie Dornan appears to be something we can all agree on. Sensible women do strange drunken swoons at the mention of his name. When he first played serial killer Paul Spector in BBC Two’s The Fall, there was endless online debate over whether it was OK to fancy a psychopathic murderer. And yet, to discuss Dornan in these terms is to diminish other qualities that become apparent when you interview him: largely, his excellent sense of humour, combined with a very genuine air of ‘normal bloke’, even after three years in the great, grinding Fifty Shades machine.