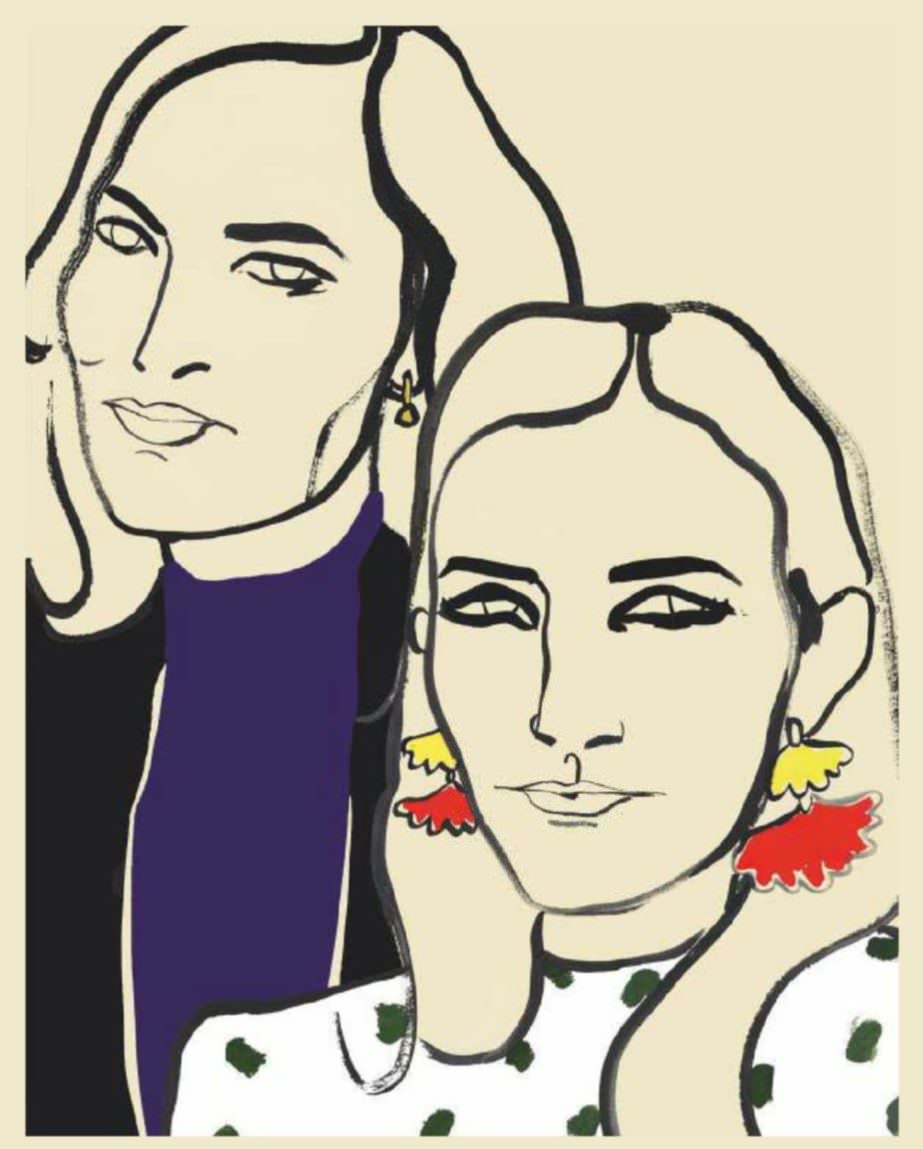 As the host of hit podcast The Guilty Feminist (20 million downloads and counting), Deborah Frances- White tackles all the important (and trivial) questions of 21st-century feminism. With a new book out this month, we asked her to sit down with stand-up comedian and pal Aisling Bea to talk confidence, early ambitions and birthday cards from Gabby Logan. The conversation kicks off with a discussion about The Handmaid’s Tale-themed hen weekends. Aisling suggests this is a ‘two million dollar business idea’. Deborah isn’t so sure...

Deborah: Talking of hen nights, can I tell you a lovely story? One of the things we’ve been doing [on my podcast] lately is drawing attention to the refugee situation in Calais. Someone recently wrote to me and said, ‘I was going to go to Vegas on my hen do and then I heard your episode about Calais and I thought, right we’re not going to Vegas, we’re going to Calais.’ She said, ‘Some of my friends have been enthusiastic and others are like, “What the fuck? I signed on for Vegas.” But it may be the one time in my life when I can ask all my friends to something I want to do as a group.’ Isn’t that beautiful?

Aisling: It is, to be fair, a classic Deborah or Aisling hen. So we’re all like, ‘Isn’t that beautiful?’ I’m sure there are readers of Marie Claire going, ‘Fuck those lefty bitches trying to make me take my weekend off to go to Calais. I’ll help people in my own way in my own time.’ I have been to some hens that are definitely worse than the Calais jungle, so for me it’s much of a muchness.

DFW: To be honest with you, if you’re going to invite me on your hen, I would like it to be a day. I don’t really want it to be a whole weekend. My hen was before I knew you, so don’t be sad.

AB: I want to superimpose myself into the photos.

DFW: I don’t really like having birthday parties, so I’m going to have a book party. Three hundred and sixty-five days have passed. Why does everyone have to come and stare at me in a pub?