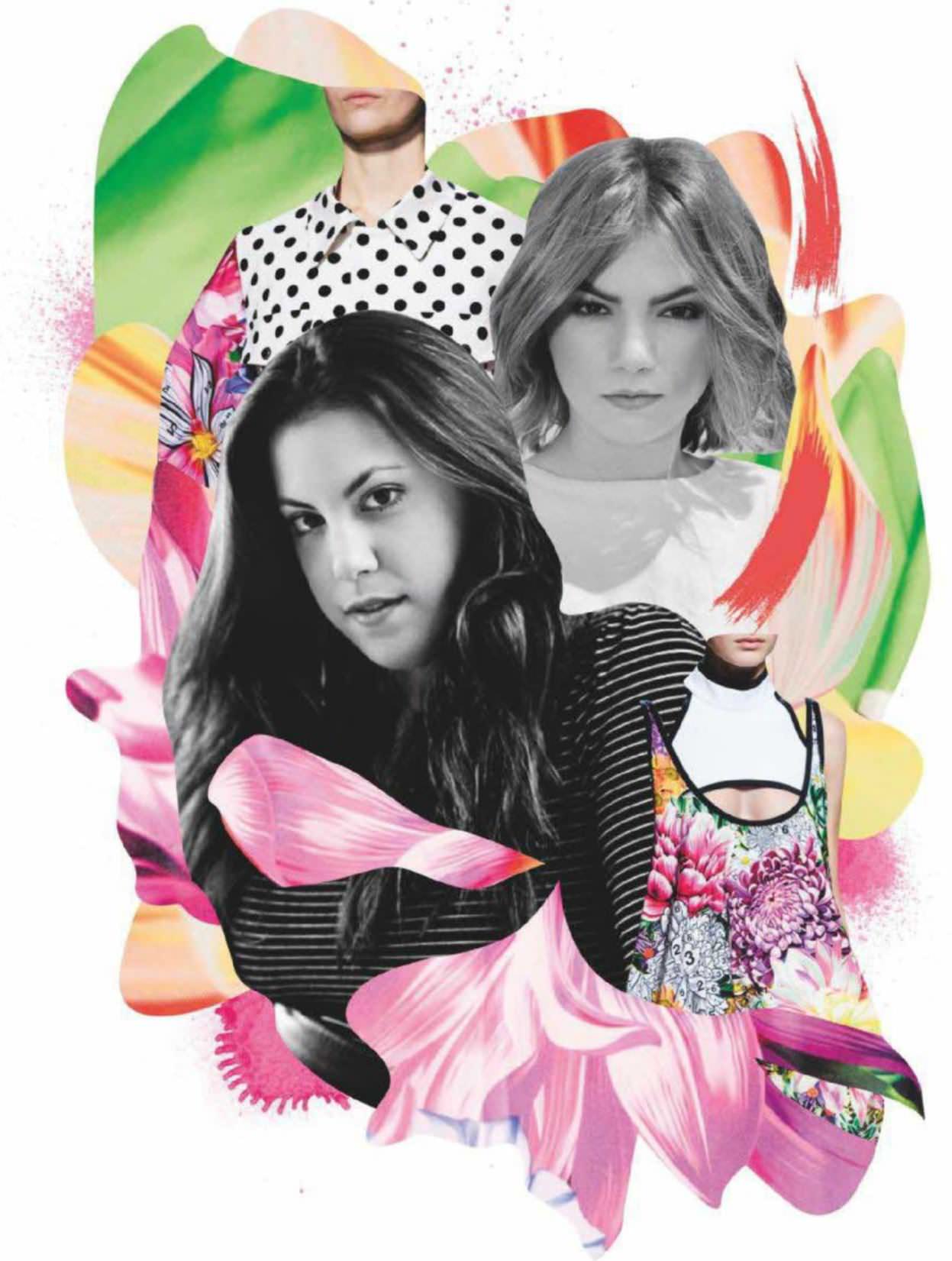 London Fashion Week’s queen of colourful creativity and the hot young fashion film-maker on making characters with clothes and what really happens backstage...

Mary Katrantzou, 35, likes to push the envelope – (and the lampshade). Her first collection caught the industry’s imagination with giant trompe l’oeil jewels digitally printed onto dresses (worn with actual jewellery that had to be made by an industrial furniture factory, thanks to its size). She based an entire collection around lampshades and reproduced classic World of Interiors images on pieces. Celebrating her label’s tenth anniversary this year, she’s moved on from her ‘queen of digital print’ moniker to explore new textile techniques galore. Her pieces are sold worldwide in more than 125 stores and worn by everyone from Beyoncé to Rihanna and Sarah Jessica Parker. Belle Leigh Smith, 21, is an emerging fashion film-maker based in New York, who became an industry darling after posting home-made shorts to the YouTube channel she created in 2013. A millennial maverick, she has since produced, directed, edited and starred in more than 100 experimental video pieces and has built an audience of more than 21,000 subscribers. Katie Grand invited her to make behind-the-scenes films for LOVE magazine, and she continues to produce boundary-pushing content for brands such as Marc Jacobs and Miu Miu.

MARY: Belle, you and I worked together recently on a collaboration for [Canadian sportswear brand] Moose Knuckles, but we’ve never actually met in person before. It’s such a pleasure to talk to you at last!

MK: When I first came across your name, I read an interview where you explained you’d changed your name from Victoria to Belle at the age of three, after watching Beauty And The Beast, and I was like, ‘It’s that girl!’ I find the imagination of the narrative and the purity of your work so refreshing. Usually when someone puts a creative in front of me, I want to control every detail, but I totally trusted your vision. Ultimately when you impose too many limitations on the creative process, there is no magic anymore.