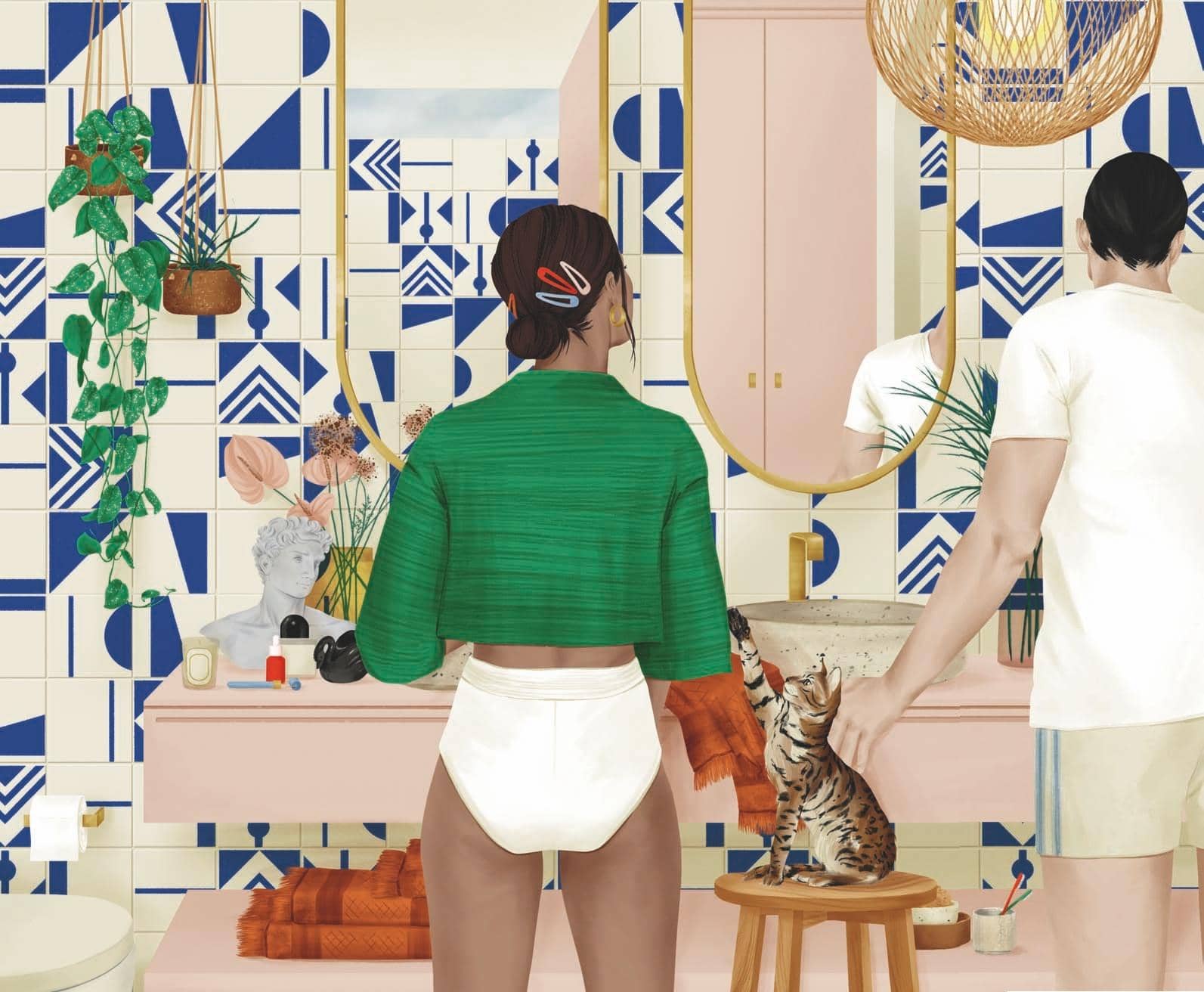 With billions across the globe forced to stay home, COVID-19 is changing every aspect of our relationships, from courtship to cohabitation to coitus. Here, we share three very different quarantine romances

“We went on two dates … and then moved in together”

Strict social distancing measures and a fear of the unknown led Carrie, a professional ballerina, to fast-track her relationship.

I met Mike on Bumble in mid-February. We were supposed to have our first date on February 23, but that never happened. He put it in his calendar incorrectly. I thought he was going to come to Manhattan, where I live, from Connecticut, where he lives, and we were going to have a beautiful dinner. Instead, he was in Arizona.

I was disappointed; I was really looking forward to seeing him. He sent flowers immediately and apologised. We finally got together in person on Saturday, March 7. We had lunch, walked around, and then had dinner at Eleven Madison Park.

Dating in New York City is complicated because there’s always somebody better. There’s so much swiping and people don’t put in the effort. I was tired of repeating my story over and over: “I grew up in Upstate New York, I went to the Professional Children’s School and danced with the New York City Ballet. I was in the movie Black Swan.”

But I really liked Mike. He talked to me, he listened to me and he treated me super well. He’s just very chill.

A few days later, I visited him at his apartment in Connecticut only to find out that, coincidentally, one of my closest friends lives two doors down from him. We spent a fun day together, and then I went back to Manhattan.

The following day, while watching the news in my apartment, I got more and more freaked out about COVID-19. My father’s a dentist who raised me to open doors with paper towels to avoid germs and not touch gas pumps. But it really hit me that day just how unsafe the city was becoming.

I was talking to Mike on the phone, and told him how weirded out I was. He invited me to pack up my stuff and move into his downstairs bedroom. I sat on it for a little bit; I wasn’t sure that was the right thing to do. But as the news progressed I decided it was time to get out of town for a while. I fled with Jack, my Bengal cat, and two weeks’ worth of clothing. I arrived at Mike’s place at 11pm on Thursday, March 12. He was already asleep.

So far, it’s been great. Mike has the upstairs, I have the downstairs, and we kind of meet in the living area. When I first got here, he was going to his office during the day, so I could do my ballet and yoga in the middle area. Now that he’s working from home, I’ll go downstairs so he can be alone. We’re not in each other’s hair constantly.

One thing I don’t do is cook. I was on the Food Network’s Worst Cooks in America, so I’m not kidding. But I make amazing salads. Mike cooked dinner last week; he made salmon and I made the salad. I’m also doing the dishes and cleaning.

But we’re still courting each other and not just falling into traditional expectations. It’s nice having separate bedrooms; there’s still the romance. I do my lady things and he does his manly things, and then we meet up.

I think we complement each other. I need to be active – I’m like a cocker spaniel. He’s more laid-back. He set me up on the Peloton bike so I can burn some energy. It’s been really comfortable and nice to have someone.

I don’t know what’s going to happen with this relationship. I’ve never been married, but I was engaged for eight years when I lived in Los Angeles. I don’t want to make that mistake again of staying in the wrong situation for so long.