Is This The End Of The Influencer? 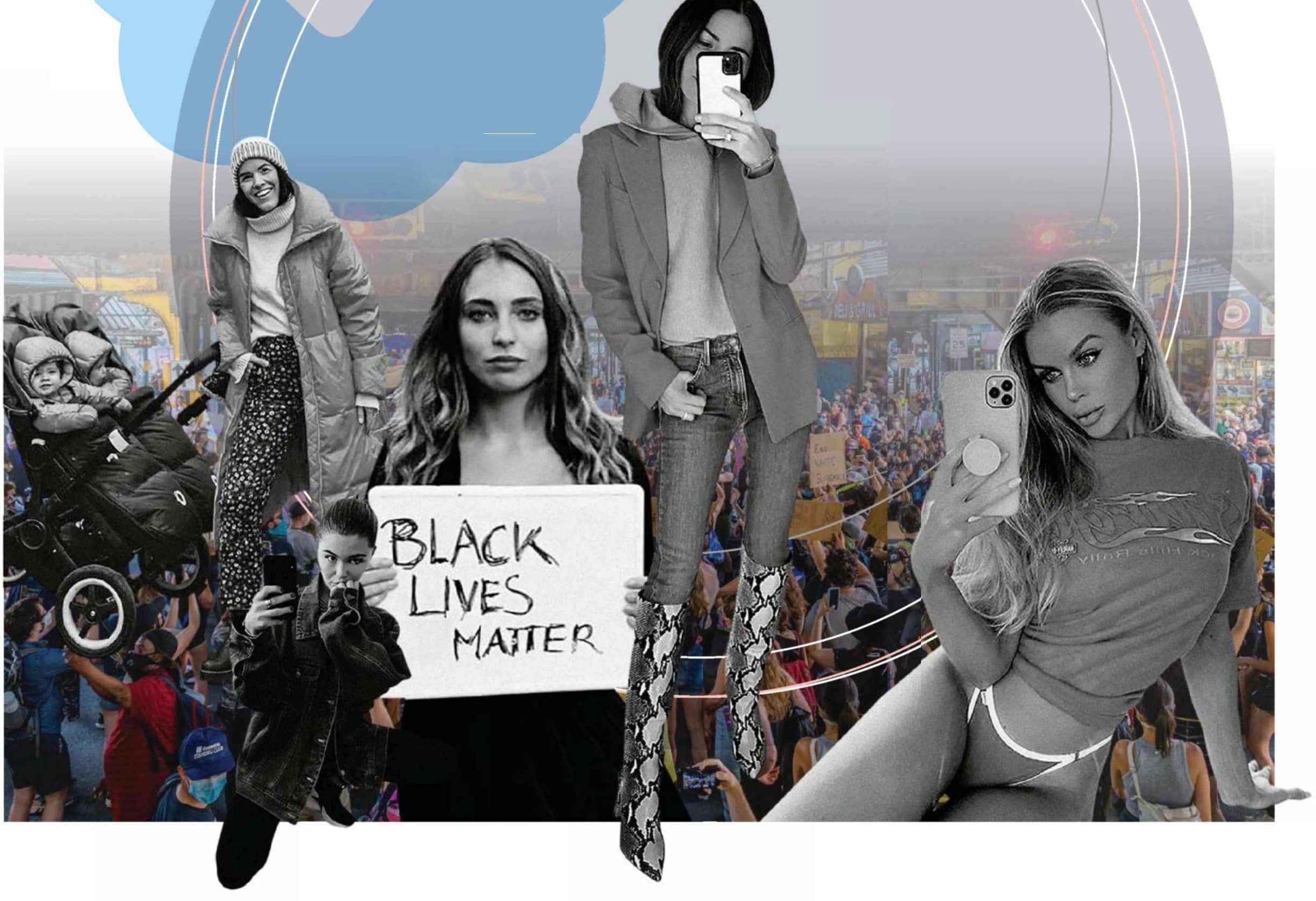 Headline-grabbing controversies, thousands of dollars of lost work and fierce backlash… Between the coronavirus pandemic and a global reckoning on race, the precarious reality of the influencer industry has been exposed. Hannah-Rose Yee asks: where to from here?

Arielle Charnas had a cold. Nothing too serious, really, but the symptoms were there: fever, sore throat and a headache. So the American lifestyle influencer known as “Something Navy” announced to her 1.3 million followers that she was going to get tested for coronavirus.

It was March 16, and the tally of COVID-19 infections and deaths outside China had just surpassed those inside China. Charnas shared the swab on her Instagram stories. At the time, the US was administering only about 14,000 tests a day. But Charnas got one, and she tagged the doctor in her posts. She then shared a Louis Vuitton ‘unboxing’ before revealing she had tested positive for COVID-19. Together with her husband and two young daughters, she fled New York for the Hamptons, bringing their nanny along too. It was the vintage rattan straw that broke the camel’s back. Her behaviour went viral: the New York Post called her a “Covidiot” for flaunting her privilege in obtaining a scarce test and for breaking quarantine to leave the city. On April 2, Charnas shared an impassioned apology and retreated from public view.

Within the influencer community, scandals like this are not isolated. According to one study, influencers have been responsible for producing or spreading one-fifth of all coronavirus misinformation. Naomi Davis (@taza, 460,000 followers) was criticised for leaving New York – the epicentre of the US epidemic – to drive across the country in an RV (“Hopefully a little change of apartment scenery will be just what we need,” the mother-of-five wrote). In Australia, Skye Wheatley (@skye.wheatley, 618,000 followers) promoted an Instagram competition with an image of her and her son, Forest, perched languidly in the empty toilet paper aisle at Coles. The backlash prompted critics to ask the same question: is this the end of the influencer? Given their apparent lack of self-awareness in the face of an international crisis, could this be the nail in the coffin for #sponcon, flat lays and outlandish outfit selfies forever?

It all comes down to this: the influencer economy, as parsed most lucratively through Instagram, is built on shifting product – whether it’s a Tom Ford handbag or a packet of Flat Tummy Tea. And it does a lot of that: in 2019, influencer marketing was an $11.7 billion business, with 79 per cent of those campaigns living on Instagram. More than 200 million accounts boast in excess of 50,000 followers, the number at which you can make a living from posting. According to one expert, influencers with up to a million followers can charge up to almost $15,000 a post; while those exceeding a million fans can rake in more than $145,000 every time they turn on their selfie camera.

In order to make that kind of money, influencers need to be constantly posting, feeding the algorithm like a Tamagotchi. Right now, though, as we grapple with the fact a deadly virus has killed more than 450,000 people worldwide, nobody really cares. Nobody wants to see an influencer photoshoot for a fast-fashion brand beamed against the backdrop of a Coachella-Esque sunset. (Coachella, sort of like the G20 for Instagrammers, was cancelled this year because of coronavirus.) A pandemic simply isn’t something we can live, laugh and love our way through.