GOING TO THE edge 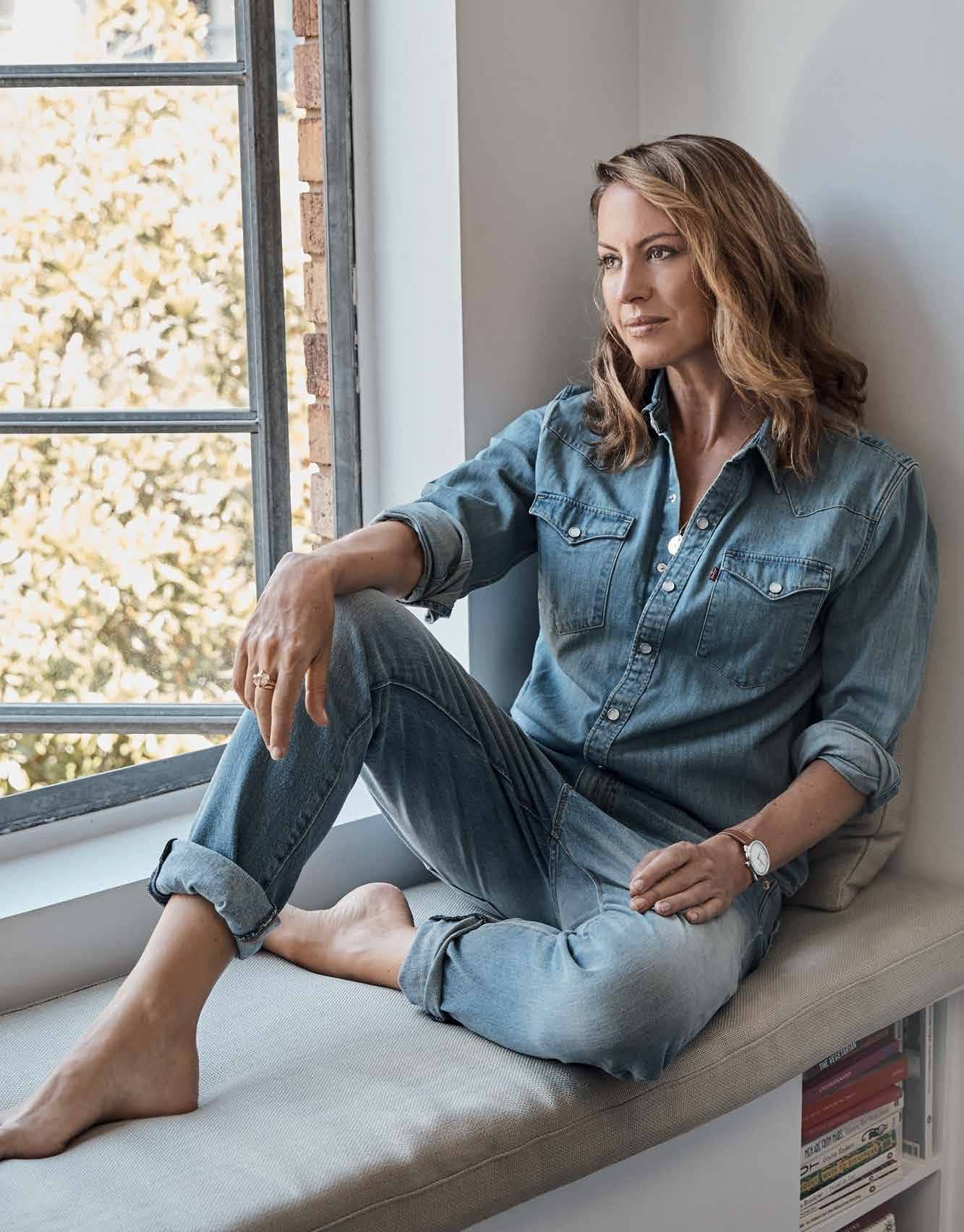 Sarah Wilson’s new book is a manifesto for living one wild and precious life. Here, she opens up about miscarriage in her mid-forties, and the power of being pushed to the brink

It’s been a bumpy and unconventional journey, this pregnancy business. In my mid-thirties, various specialists told me I’d never be able to have kids. I was going through premature menopause, they said, a side effect of my Hashimoto’s, an autoimmune disorder that attacks the thyroid. But then I managed to reverse all the antibody markers over 10 years of work on my health and got pregnant in an eleventh-hour anomaly at 42 with a man I’d loved. Then I miscarried. Then we split.

I ached to have a child. Through two decades of friends having their first then second kids and sharing their joy and fatigue. Through relationships with men who liked the idea of a woman who wasn’t gunning for kids, then one day, a few months in, not liking the idea of a “barren woman”.

This ache is particular. It’s love that longs to give unconditionally but is denied its object of outpouring, so it expands and expands and sings out into the vast vacuum of the night. And you can do all the self-love work and crystal healing or whatever you like, but that aching love only ever gets bigger.

So of course, having fallen pregnant once, I felt I had to respond to the weirdness of the opportunity and give it another go.

But then I couldn’t find sperm. It’s not such an easy thing to come across, despite this sense my coupled friends have that it pours down streets. Most of my male friends are married or felt they were now too old to take on fatherhood, even if it was in an all-care, no-responsibility kind of way. Plus, Australian laws surrounding sperm donation are some of the most prohibitive in the world, making it nigh impossible for a single woman over 42, as it turns out, to buy it from randoms.

So at the eleventh hour I got resourceful. I went online, found a way to slip between the various conflicting international laws and bought some semen from a 21-year-old poetry student in Denmark to have it inserted in Crete. Before it was all too late.

And, no, this is not how I thought my life would turn out.

“Our dear Sarah,” my doctor, Dr Daphnis, said. “Please. Please. Please, no more hiking. We want an egg not an omelette.” He would have rendered me housebound if he could. In Greece a pregnant woman is regarded as a very special kind of invalid. I saw Dr Daphnis every other day or so while I was there. I was having a straight-forward insemination, timed with my ovulation. The 21-year-old Danish poetry student had written on his form that his mum’s best friend had had a baby using a donor and he’d wanted to make another woman happy in this way. It was over in seconds. I said deep prayers down to my loins, and my beautiful doctor came around the table and clipped my cheek with his thumb. He had wet eyes. “Good luck, our dear Sarah.”

Exactly two weeks after I’d been inseminated I did a urine stick test (99 Per Cent Accurate Up to Six Days Before Your Period is Due!!). Twice. It came back negative. Sureally, the sum total of all my choices as a woman in her mid-forties had been funnelled down to this pointy end of the situation.