Confessions of a COTTAGECORE WANNABE 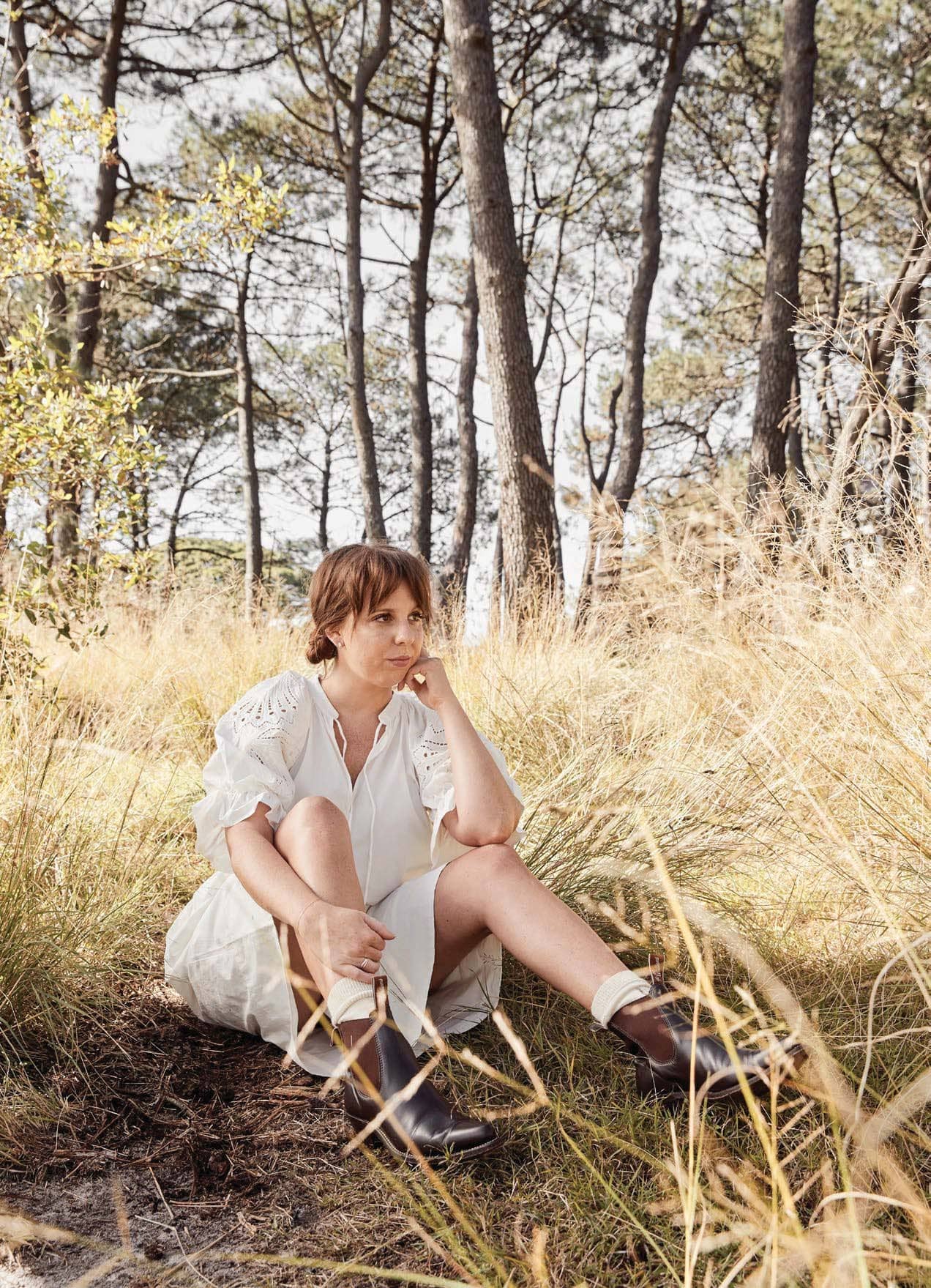 What happened when writer Alley Pascoe road-tested the viral cottagecore trend in real life? A lot of gardening, some failed knitting and a serious new fringe

It sounds idyllic: escaping to a cabin in the woods to crochet by a fire, sipping herbal tea made from foraged rasp-berry leaves and eating oven-fresh sourdough. Welcome to cottagecore: the TikTok hashtag, social media movement and way of life that embraces a romanticised cottage aesthetic trademarked by wholesome pottery crafts, baked treats, wispy fringes and prairie dresses. It is not to be confused with grandmacore (baking cherry pie wearing a vintage apron with a rescue cat at your feet) or fairly core (cleansing your crystals in an enchanted field filled with mushroom figurines).

The off-grid-but-make-it-cute trend began in 2018, grew on Tumblr, and blossomed like a daisy flower crown on TikTok this year. The cottagecore hashtag has garnered more than 3.9 billion views (and counting) on TikTok and there has been a 541 per cent increase in likes of cottagecore content on Tumblr since the beginning of COVID. But it really hit the mainstream in late July when Taylor Swift dropped her folklore album, which saw her frolicking in the woods cosy in an oversized knit and au naturel curly fringe. Overnight, she was crowned the “Cottagecore Queen”. Always up for a challenge, I decided to have a crack at the title.

Away from the ring lights of TikTok, I set out to discover the true meaning of cottagecore. Spoiler alert: the reality involves more bird shit, dirt and frustrated swearing at knitting needles than social media would have you believe. I asked cottagecore pioneer Jesca Her, who has more than 250,000 followers and four million likes on TikTok, to explain the trend to me in layman’s terms and she defined it as: “Living peacefully, taking things slow and curating a cosy space of your own where you can relax, drink a cup of tea, knit yourself some socks and bake your own bread.”

While Her was an early adopter, she has witnessed the trend explode this year. “Cottagecore has taken off - there seems to be an increasing appreciation in living a slower lifestyle, growing your own herbs, learning to knit and embroider and keeping a sourdough starter.”

Fellow cottagecore-er Rebecca – better known as @aclotheshorse on TikTok, where she has 370,000 followers – draws parallels between the rise of the movement and the current state of the world. “It makes sense that cottagecore is growing right now because so many of us have been forced to slow down. We can’t afford to spend as much or go on trips we planned, so in that void we have time to think about our priorities and shift our focuses,” she says, recognising the collective dream of ditching the bright lights (and cluster hot spots) of the big city for the simple life.