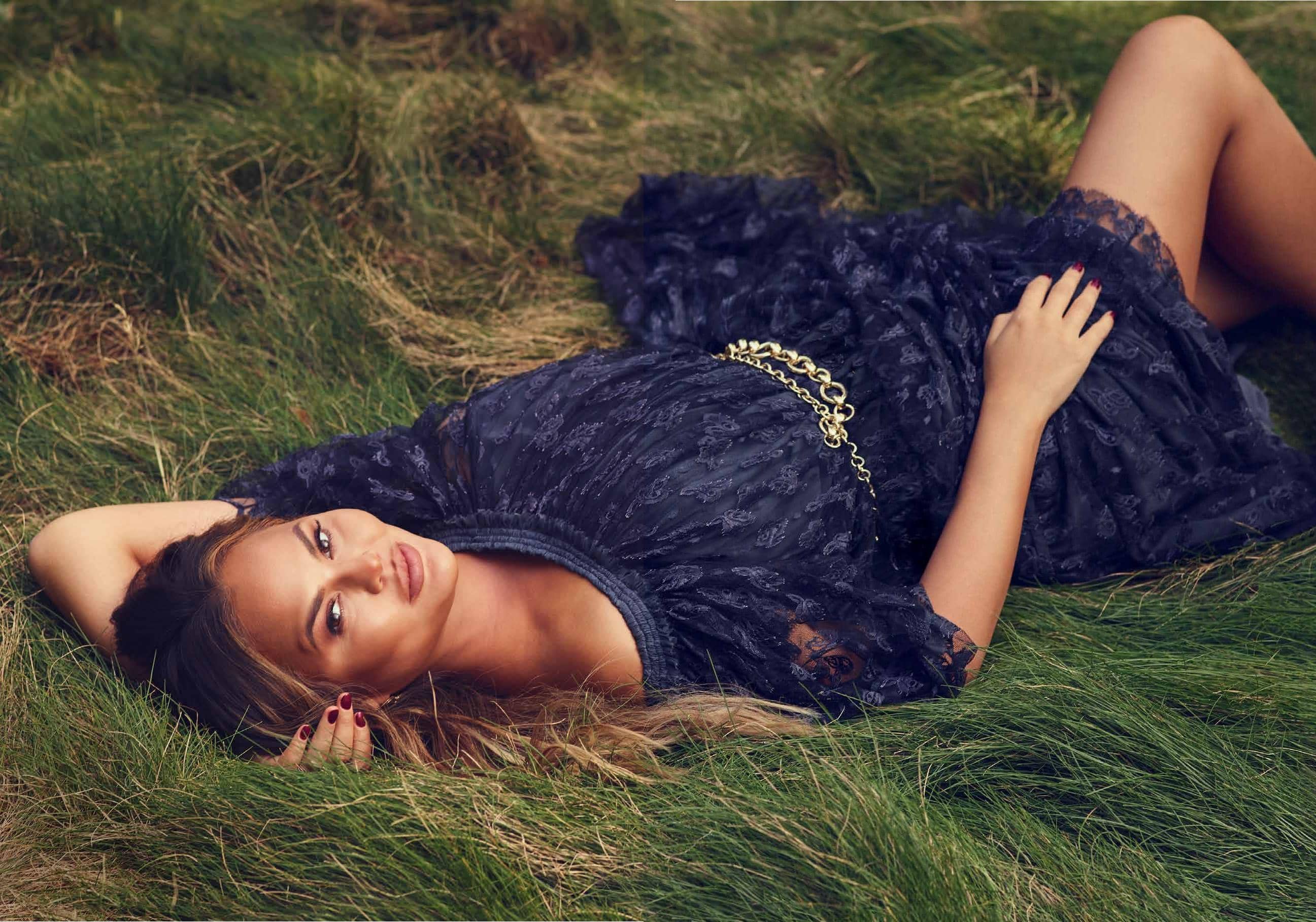 One minute into our Zoom call, Chrissy Teigen flashes me, demonstrating what happens to her body when she overextends herself. She opens her floral printed Meng silk robe to show me the bruising and healing across her rib cage from her recent breast-implant removal, covering her nipple. “I was raising my arms and moving too much and pulled some stitches,” she explains with a laugh. “I just don’t know how to slow down sometimes.”

The 34-year-old has a full plate running two companies: Cravings by Chrissy Teigen — her lifestyle brand with a cookware and tabletop line, a blog with videos and recipes, and two best-selling cookbooks — and Suit & Thai Productions, her production company, which has a first-look deal with streaming service Hulu (including an upcoming show with the working title Family Style, co-hosted with restaurateur David Chang) and the second season of Quibi series Chrissy’s Court with her mum, Pepper. After helping her mum with her Thai cookbook all quarantine, Teigen will tackle Cravings 3, which she describes as “how I eat now: brighter and healthier”. But most importantly, it’s the cookbook she’s having the most fun working on. “I fully embrace carbs now — like, putting sweet-potato spread on a baguette. A year ago, I would have said you can’t put a starch on bread; now I’m like, who cares? There are no rules.” 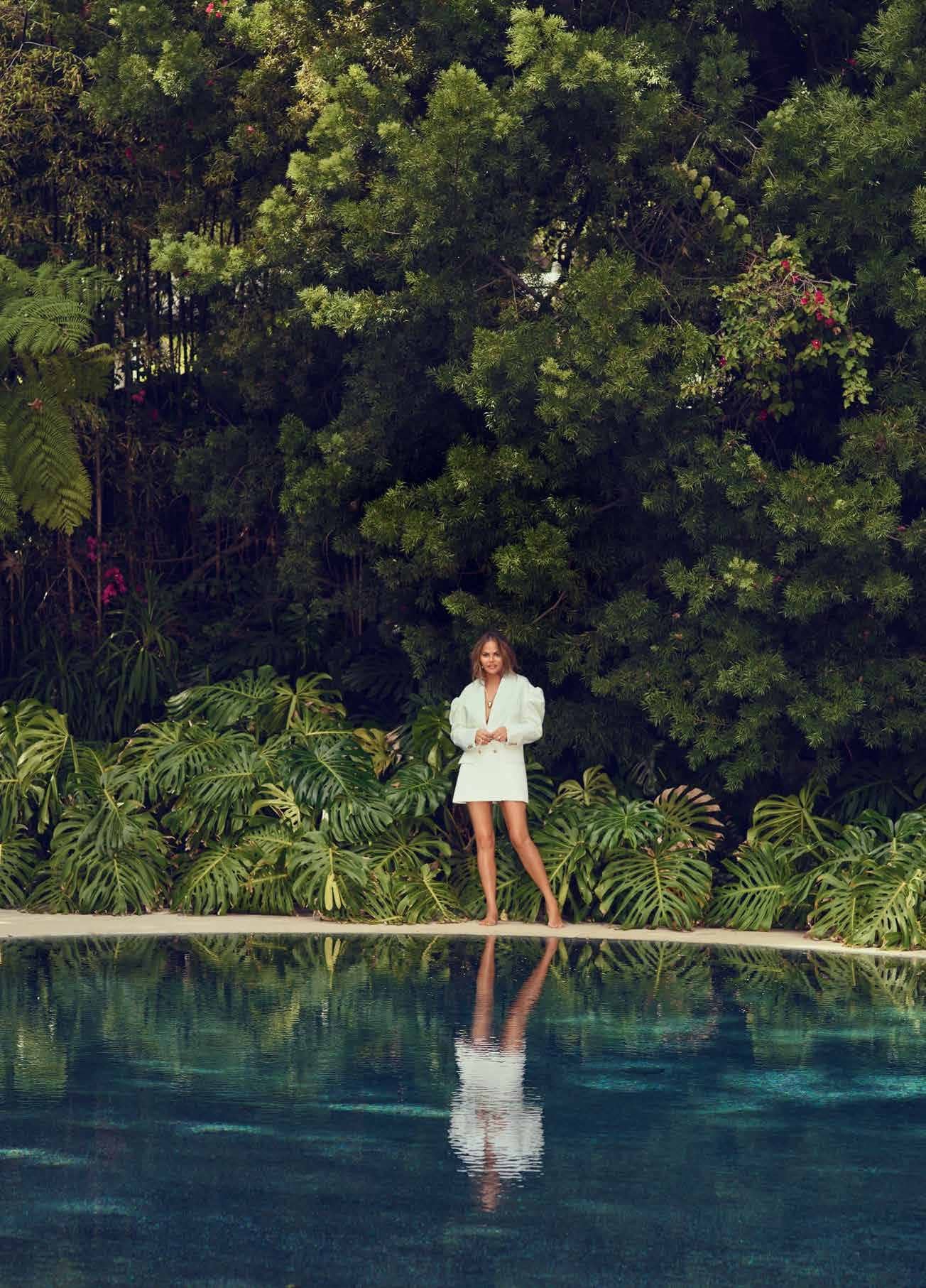 As she looks ahead to moving into her recently purchased first office and starting up production again on Family Style, the idea of juggling everything makes her dizzy with excitement and anxiety. “I’m having a hard time being any kind of mogul and running companies because it’s hard for me to work on, or even talk about, two things at once,” she says. “With my anxiety, the worst thing is not giving enough to enough people. It’s like going grocery shopping when you’re full; if I feel like I have too many good things going on, I can’t say yes to another good thing.”

Setting limits and boundaries has been one of the most important lessons for Teigen in COVID quarantine, but remembering how to say no remains one of her biggest struggles.

One place she has set boundaries is on social media, albeit in her typically relaxed fashion. “I’m barely online anymore, and that was at the request of my therapist,” says Teigen, who has more than 43 million collective followers across Twitter and Instagram. “I didn’t start therapy until quarantine. I used to avoid it and make fun of the idea of it, and then I found the right person and it changed my world. People think I’m tough, but I’m such an empath, and I take on other people’s pain and sadness as my own. And when I let people down, I’m hyperaware of it. Sometimes I feel like people aren’t going to be as hard on me as I am on myself. So it’s good for me to take a break.”

On the flip side, Teigen says after a pause, “Part of me right now knows this is not the right time to go silent. It does feel very selfish and weird to say that my mental health is important when there are people being murdered by police and murdered in their own homes. Who gives a fuck about someone making fun of me when people’s livelihoods are being threatened just for telling their stories? I have Black children, so is it really the right time to not want to step on anyone’s toes?”