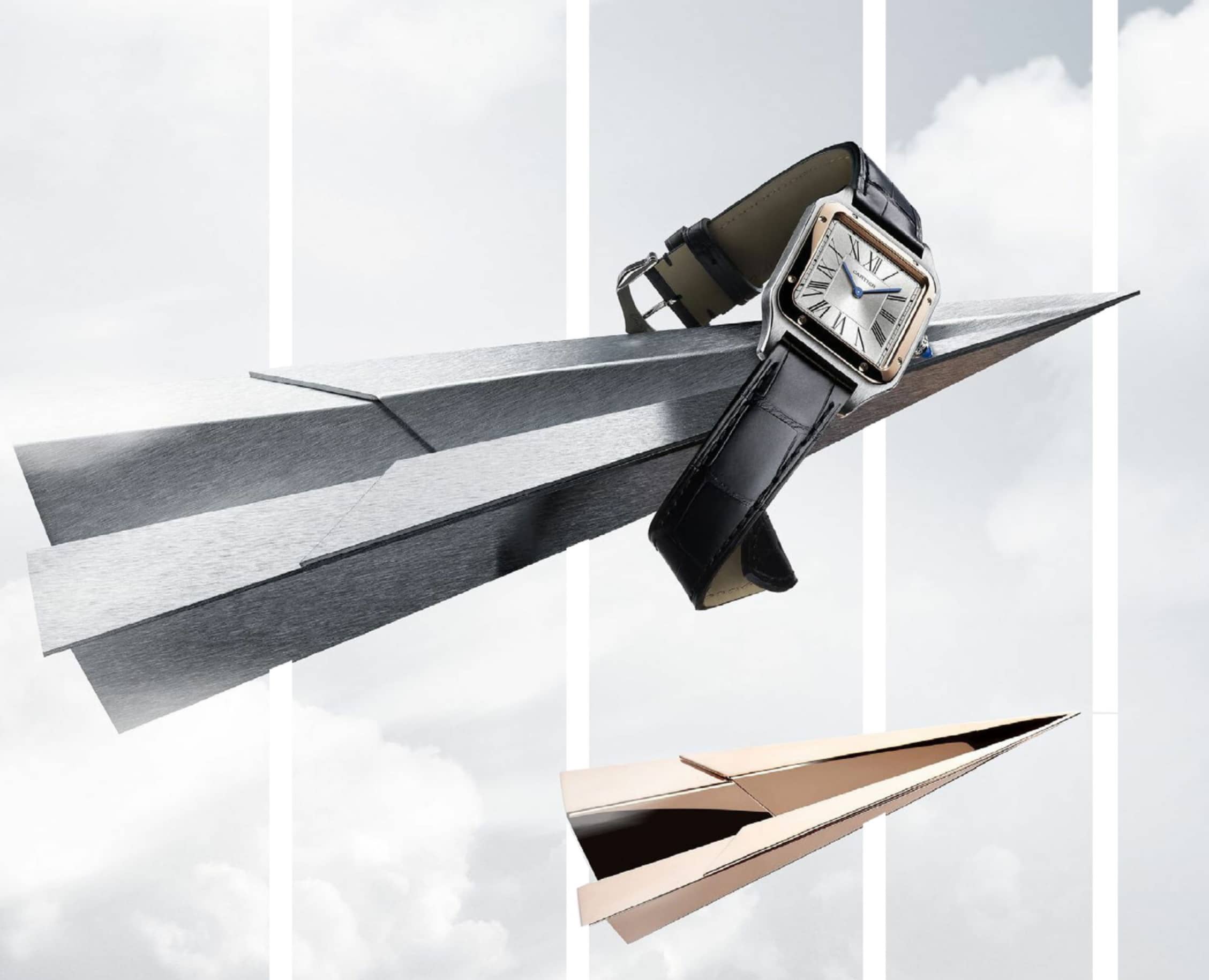 Who made history with the world’s first airplane flight? Americans will probably claim that it was the Wright brothers, whereas Brazilians may assert that it was Alberto Santos-Dumont. Irrespective of who you think was first or second when it came to modern day air travel, there is no denying that Santos-Dumont was an important pioneer aviator – and an individual with massive contributions to the world of horology.

Designed by Louis Cartier, the Santos became the world’s first pilot wristwatch (pocket watches were previously used by aviators). The Santos’s rounded square case resembled that of the square Cartier pocket watches. Taking cue from his father Alfred’s principle of “less is more”, Louis adopted a watch style based on clarity, simplicity and practicality, while retaining significant appeal for it to be considered the ultimate dress-slash-sports watch for centuries to come. Spotted on the wrists of actors and actresses, rock stars and royalty, it became a staple among the international elite and well-informed fashion aficionados.