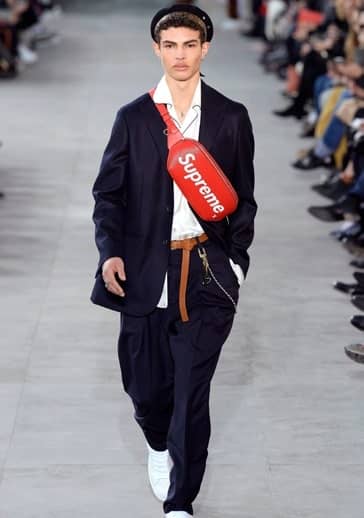 The previously disparate genres of streetwear and high fashion are being intertwined, spelling a hybrid that defines the dress code of now.

At the Louis Vuitton Spring/Summer ’17 menswear show, there was an unlikely guest seated at the front row – the man behind streetwear behemoth Supreme, James Jebbia. The sighting set tongues wagging, not least because of the two brands’ history. Just in case you don’t remember, here’s a quick recap: 20 years ago, the French Maison issued a cease-and-desist order in reaction to Supreme’s release of a skate deck that incorporated the luxury brand’s iconic monogram. Within weeks, the design was prematurely forced off the racks, erasing any association between the two brands which, at the time, sat poles apart on the fashion spectrum.

So what was Jebbia doing at the show? Speculation about an impending collaboration was rife – and, as it happens, right, when the first Louis Vuitton x Supreme collection showed up for Autumn/Winter ’17. The brands’ coming together drew myriad reactions especially from the fans and fashion critics that ran the gamut from surprise to unbridled criticism. Designer Bobby Hundreds of the eponymous streetwear label had nothing but praise for the collaboration – “watching the skate/street/ fashion worlds coalesce, it seemed logical,” he said. But prominent New York Times fashion critic Guy Trebay was of a different opinion. “Nothing is more lethal to cred than a sellout… It was the fashion version of a murder-suicide,” he wrote. 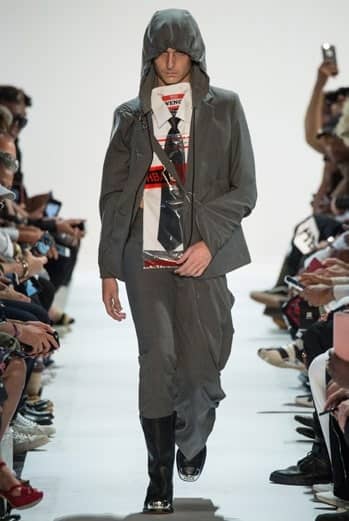