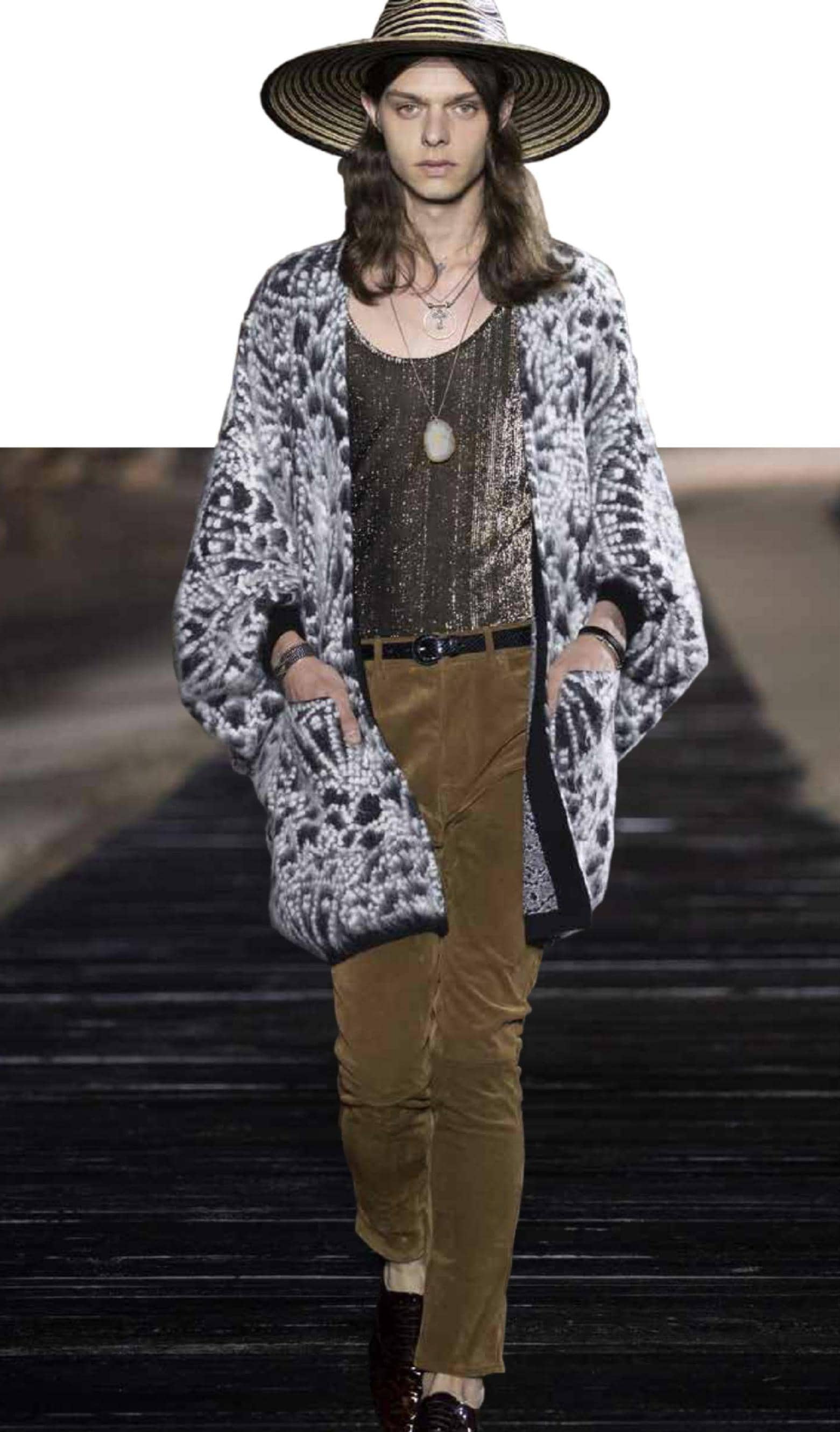 For Anthony Vaccarello’s second menswear showing for Saint Laurent Spring/Summer ‘20, the creative director pulled out all the stops and gathered the international press at Malibu beach. The sandy location brought to mind Miley Cyrus’s Malibu, a song about rekindled passions in life – not purely because the scenography bore the same name, but it also set the mind to wonder if the romantic background would be an inspiration for Vaccarello to introduce a refreshing beach-themed dimension to the French house famed for its Parisian-rocker chic.

That fleeting thought was truncated when Cyrus walked across the runway, holding hands with then-fiancé, Liam Hemsworth. The show’s star-studded roll call continued with Keanu Reeves, Hailey Bieber, G-Eazy, Charlie Puth, and Men’s Folio cover star JB of GOT7. This impressive group front-row attendees served as a prelude to the exciting show ahead.