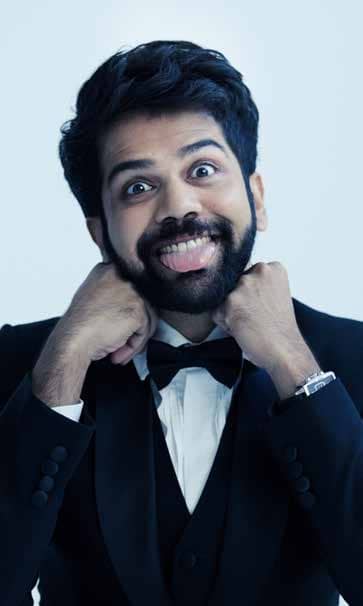 Dasa Dharamahsena, comedian and actor from Night Owl Cinematics is not just an expert at cracking jokes in four languages. He also represents how the comedy scene is reshaped — one digitally-savvy laugh at a time.

HOW ARE YOU FLUENT IN FOUR LANGUAGES?

Interestingly, the first language I spoke was Tamil because my mother did not want me to struggle with it. I even spoke Tamil to my nursery school classmates and teachers thinking that it was a universal language. I eventually learned English and Mandarin — the latter because my preschool and kindergarten did not offer Tamil as a second language. My mom could not believe that I ended up being able to speak Mandarin after only six months of school.

As for Malay, my parents used to speak it to each other, which gave me this false confidence and I even told everyone — even though I only knew a few words. An Indonesian helper (who used to work in Malaysia) spoke to me in Malay and the only way I could communicate with her was through “melayu pasar” (colloquial Malay). Eventually, my grasp on the language became better as I had a close bunch of Malay-speaking friends in the army. I believe that every language is beautiful and having the skill to speak them fluently is a challenge — something I’m learning to do every day.

HOW DID YOU START OUT AS A COMEDIAN? WERE YOU ALWAYS FUNNY AS A CHILD?

I never thought of myself as one but I knew I was funny — my friends always referred to me as an entertainer and comedian, and I felt that they spoke it into existence.

I got my first proper platform on Kiss 92FM with Joshua Simon on his show Joshua’s Goodnight Kiss. He was extremely nurturing and patient because he knew that I was new to this thing.

From there, I met John Klass and his wife, who both enlisted me as a production manager for a music video. I was on set cracking jokes and I didn’t know who was paying attention. Walls have ears and so does Loretta Lopez who was starting a passion project where she wanted to band budding stand-up comedians for a show.